“I was involved in plane crashes on the USS ENTERPRISE flight deck and had seen some grotesque things, but nothing as close to what I saw at the Pentagon on the 12th of September. That is a very sobering experience.”

At the time of the attack, HMC Hamilton was serving on the OPNAV N12 Manpower staff.  On the morning of the attack, he had the day off and was playing golf at Quantico.

HMC Hamilton was awarded the Navy and Marine Corps Commendation Medal for his actions in the aftermath of the attack.  This medal is awarded to service members who, while serving in any capacity with the Navy or the Marine Corps, distinguish themselves by heroism, meritorious achievement, or meritorious service above that normally expected and sufficient to distinguish the individual above those performing similar services but not of sufficient nature to warrant a higher decoration. 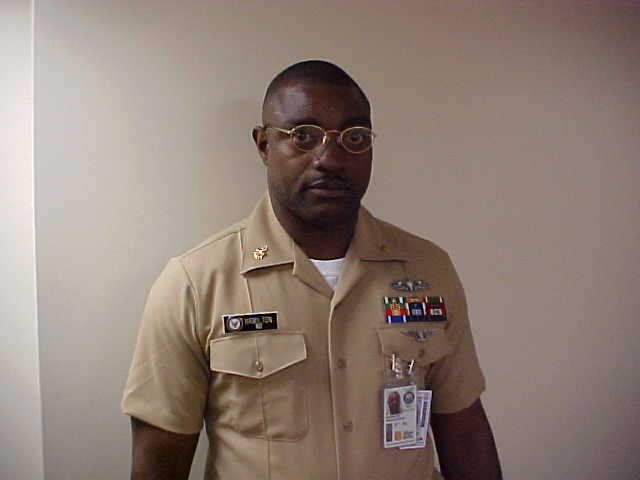 On the golf course at Quantico, HMC Hamilton heard the sounds of the impact and the explosions when the plane hit the Pentagon.  Although he was not on duty that day, his first instinct was to render aid, so he drove to Maryland and volunteered his services at Bethesda Naval Hospital. He figured they'd be getting casualties from the attack, but most of the casualties ended up at civilian hospitals in Virginia.  He went back to the hospital the morning of 12 September, but the situation had not changed, so he reported to his office at the Navy Annex.  There, he was asked by LCDR Nordholm to assist with the remains recovery effort.

HMC Hamilton ended up being one of four Navy personnel that worked remains recovery on 12 September.  In his oral history, he discussed his experiences working on the remains recovery effort and detailed the state of the remains that they found that day.  He also talked about other things he witnessed at the Pentagon, including the visits by the President and the Secretary of Defense.  HMC Hamilton also discussed his role teaching Navy Rights and Responsibilities, which includes discussions of ethics.  In those discussions, he was focusing on Islam and the issues that stemmed from America's perception of the religion.  The discussions also focused on the growing distrust and dislike of Americans overseas.  HMC Green also shared some of his experiences with the Navy's mental health professionals, the SPRINT teams, and his efforts to cope with the mental and emotional impacts of working on the remains recovery team. 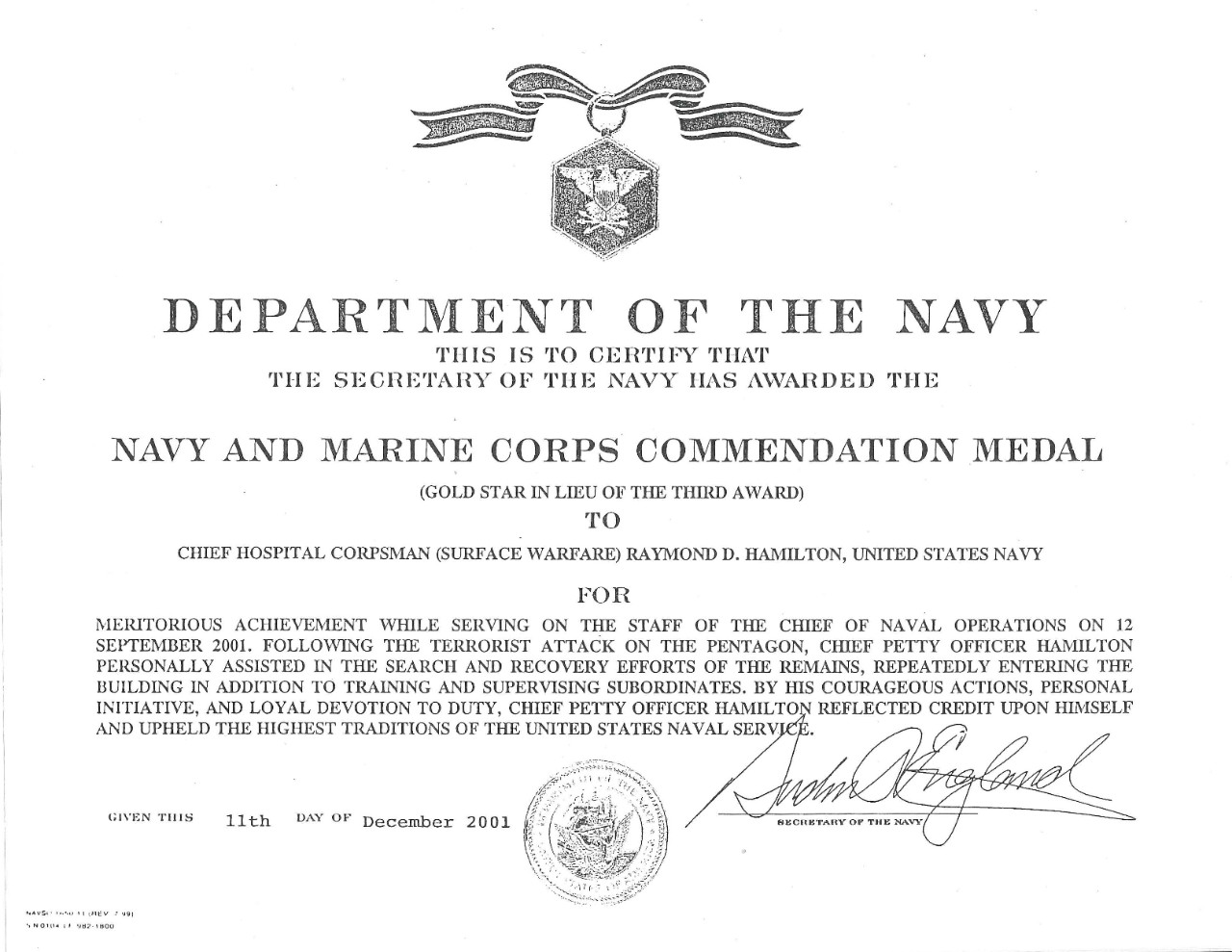