At the time of the attack, Mr. Yates was working as a mechanical engineer in the Integrated Warfare and Architecture office within OPNAV N81.  On the morning of the attack, he was at work at the Pentagon. 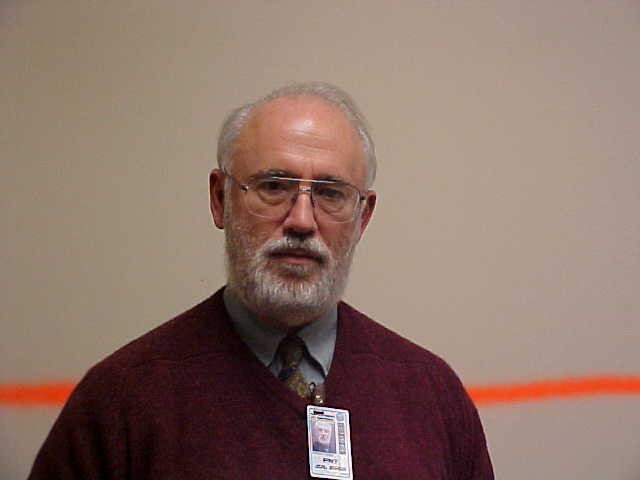 When the plane hit the Pentagon, Mr. Yates was in the N8 offices on the fourth deck of the C Ring between Corridors 3 and 4.  One of the officers that worked in N81 ordered everyone to evacuate.  Mr. Yates took responsibility for the visitor they had in the office that morning from Johns Hopkins.  They exited out of the office space into Corridor 4 and headed towards the center of the building.  They descended down the escalators which were at the intersection of Corridors 3 and 4 to the second deck.   From there, Mr. Yates led the visitor to the exit at Corridor 2 because that was the route he was most familiar with.  In Corridor 2, they found a significant bottleneck, but were eventually able to make it.

The office did not have an established reconstitution plan or contact list of any sort.  He wasn't sure what was supposed to next.  The next morning, he was back at work at 5:30 am, although he could not get back into the building.  In order to hopefully find others from his office and determine the next course of action, he hung around the coffee shops and cafeteria over the next few days.  Between local media disseminations and chance encounters, the office reconstituted after a week.  In the weeks after the attack, he attended a mandatory SPRINT meeting, where they provided mental health counseling.

In his oral history, Mr. Yates talked about the evacuation flow, the issues that arose including the chokepoints, and the lack of information on where the actual impact was.  He also talked about the issues with returning to work because the office didn't have a reconstitution plan.  His insights were especially relevant because he'd spent a good portion of his career writing point papers on vulnerabilities. He also provided observations about lessons learned regarding symmetrical attacks.