"I thought if something like this would happen, I'd probably be one of those...booking down the freeway, but then I realized, as soon as I came out and saw those people hurt...it was like, you know, I can't leave."

At the time of the attack, YNSN Whitmarsh was serving on the flag staff in OPNAV N76 Surface Warfare.  On the morning of the attack, he was at work at the Pentagon.

YNSN Whitmarsh was awarded the Navy and Marine Corps Medal for his actions on the day of the attack.  This medal is awarded to service members who, while serving in any capacity with the Navy or Marine Corps, distinguish themselves by heroism not involving actual conflict with the enemy. For acts of life-saving or attempted life-saving, it is required that the action involve the risk of one’s own life. It is the highest non-combat decoration for heroism awarded by the Department of the Navy. 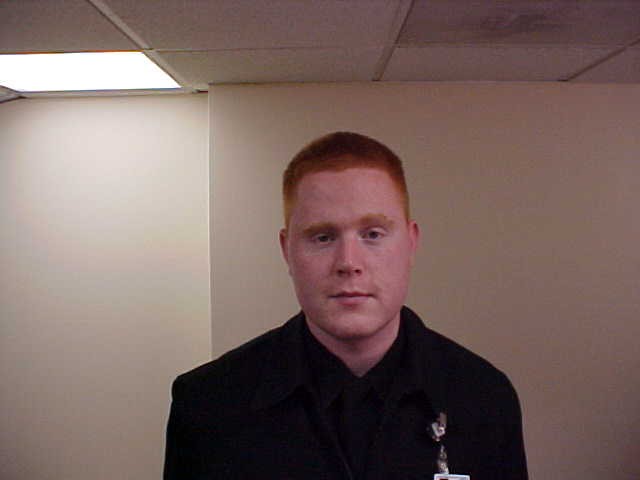 YNSN Whitmarsh was in the N76 offices on the fifth deck of the B Ring off of Corridor 4 when the plane hit the Pentagon.  He evacuated with Chief Petty Officer Krauss and Rear Admiral Balisle to the alley between C and B Rings.  There they found chaos.  At least two different holes had been blasted out of the wall of the C Ring.  YNSN Whitmarsh joined a number of other personnel, including several from the N76 Surface Warfare offices, who were doing everything they could to help.  YNSN Whitmarsh helped pull SN Cole to safety from the rubble.  He also helped LT Shaeffer, who had been very badly burned.  All total, YNSN Whitmarsh and the others helped nearly a dozen people get to safety.  After a number of hours, professional emergency personnel came in and asked everyone to clear out.  At that point, YNSN Whitmarsh joined the N76 staff outside of the Pentagon to begin rebuilding their office and getting back to work.

Beyond recounting his experiences on the day of the attack, YNSN Whitmarsh talked about the lack of firefighting equipment and emergency breathing apparatuses and other things he felt may have helped.  He also talked about the SPRINT Team and the counseling they provided, which he found useful.

Note: Other individuals, including Natalie Ogletree and CAPT Mary Jo Sweeney tell stories about YNSN Whitmarsh and the events and publicity he was asked to do in the weeks after he gave his oral history. 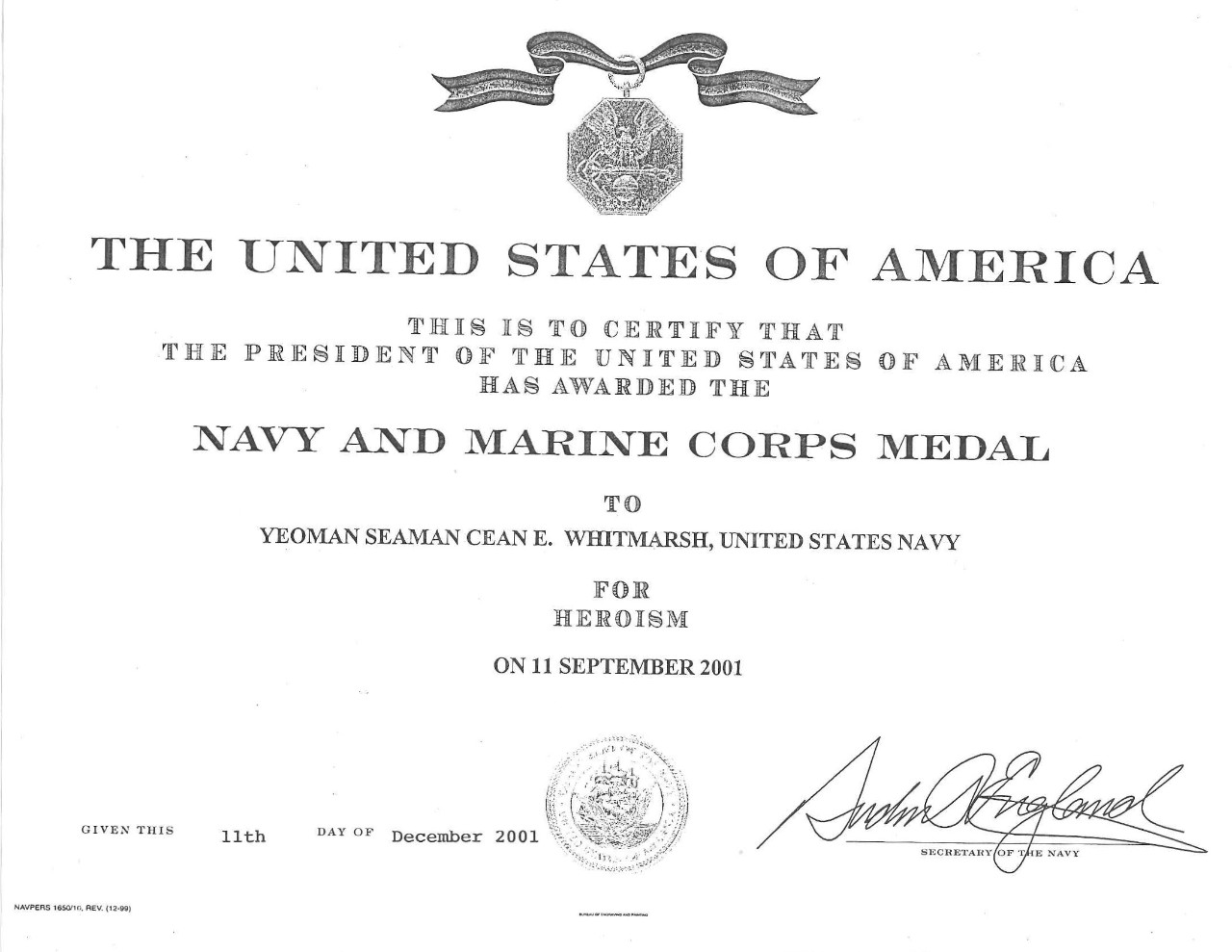 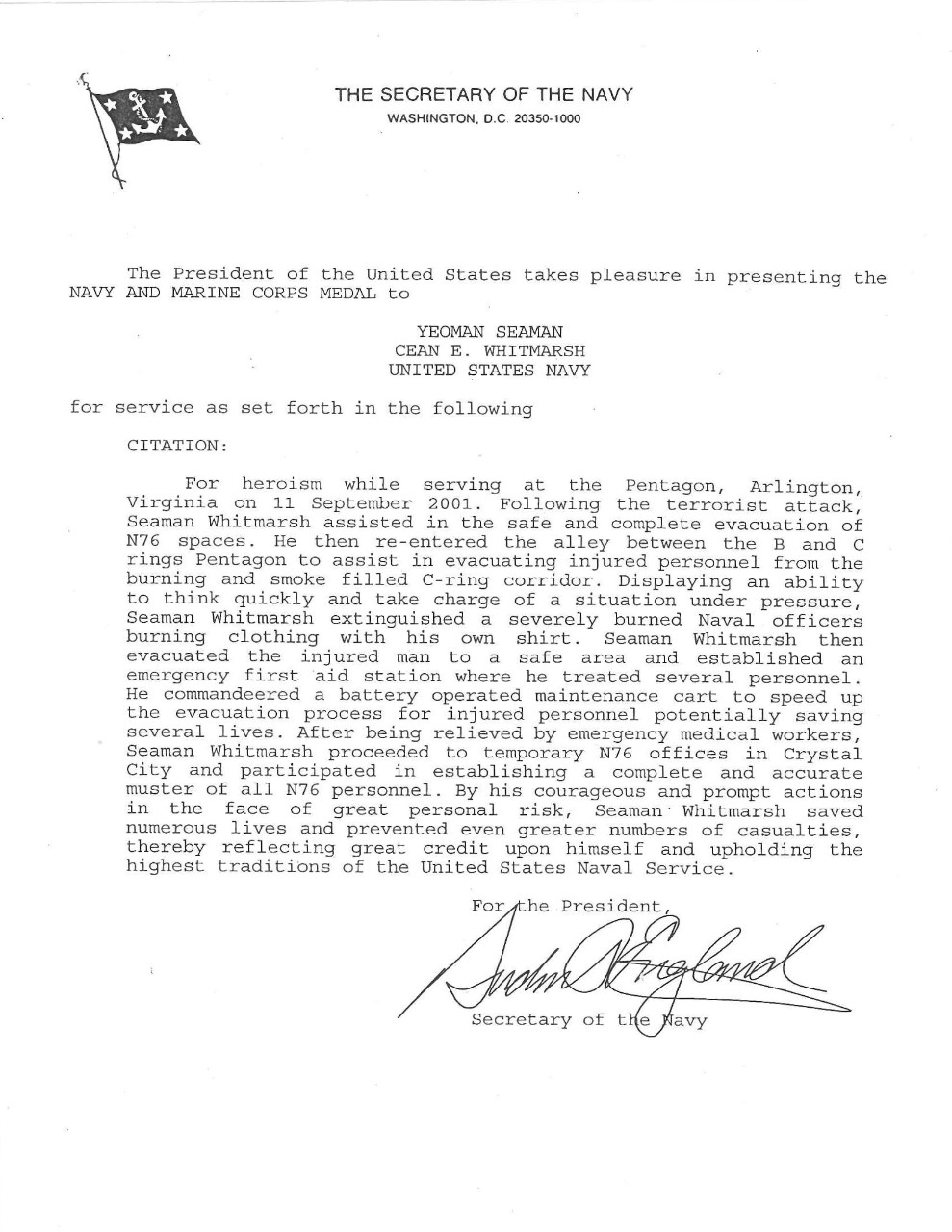