"I'm really proud to have been in a position that I was in because it was an opportunity to demonstrate the finest sides of our collective souls as seamless members of the armed forces."

At the time of the attack, CAPT Masso was serving as the commanding officer (CO) of the Navy Reserve Navy Command Center Detachment 106 (NR NCC 106).  On the morning of that attack, he was at work in his civilian position in Crystal City. 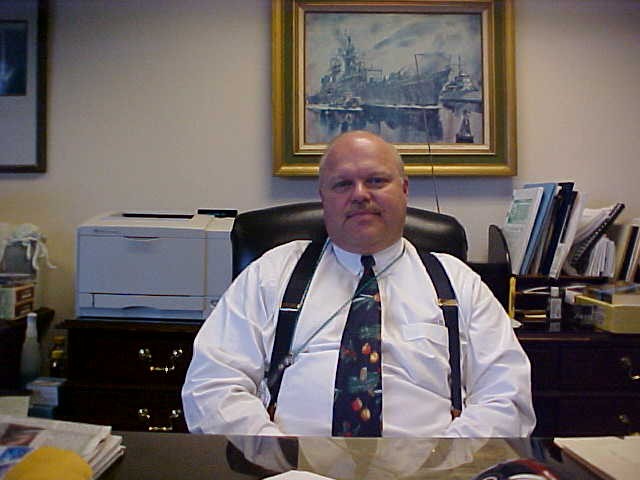 NR NCC 106 reservists stood watch in the Navy Command Center alongside active duty Navy personnel on 24 hours a day 7 a week.  Reservists from the unit were also involved in planning and executing the move from the old Navy Command Center to the new one, a move which took place in August 2001.

When the plane hit the Pentagon, CAPT Masso was on the fourth deck at Corridor 4 heading down to the Navy Command Center for meetings with the active duty watch officers.  He was also heading in to help support the reservists who were on watch duty that morning.  There were three reservists from NR NCC 106 standing watch in the Navy Command Center, LCDR Bob Elseth, DM1 Paul Gaston, and LCDR Ron Vauk.  CAPT Masso had seen the attacks in New York City and immediately started gearing up to provide more support to the command center watch teams.

As soon as he felt the shuttering of the building caused by the impact, CAPT Masso's surface warfare instincts kicked in and he headed towards his battle station, the Navy Command Center.  When he got to the entrance, he was met by total destruction.  He turned around and headed towards daylight.  He made it to the alley where people were gathered to try and help.  He helped catch the individuals who were jumping from the Army offices on the second deck.  He also took people aside and worked to calm them down and reassure them.  While he was out there trying to help people get out of the building, he found DM1 Gaston, one of his reservists.  DM1 Gaston had survived the impact to the Navy Command Center and made it out alive.

CAPT Masso spent some time in the alley trying to help before getting back to his work as the CO of the command center's reserve unit.  He knew now more than ever the reserve unit would have an essential role in carrying out the Navy Command Center's mission.  He set to work ensuring the reservists were where they needed to be and doing what they needing to be doing. The two other reservists that had been in the Navy Command Center, LCDR Elseth and LCDR Vauk, died in the attack, so CAPT Masso assigned two reservists from the unit to serve as command representative to their families.  He was already scheduled to be relieved as CO of the unit on 1 October, and that went ahead as planned.  The new CO was CAPT Jeff Lemmons.

CAPT Masso provided numerous lessons learned in his oral history that ranged from his opinions on the furniture in the Navy Command Center to his thoughts on the relationships between the three star admirals and the O-6's (captain).  His decades of experience in the Navy lend value to all of those lessons learned.