“…if you listened to your rational mind, it told you that nobody else is coming out of there alive. But we were blocking that out at the time and we were saying, ‘I’m staying here until they...make us leave.’”

At the time of the attack, ENS Chittick was serving on the Bureau of Personnel (BUPERS) staff as the Assistant Enlisted Community Manager for SEAL, Diver, EOD, Special Warfare Combatant Craft Crewman, and Musician.  On the morning of the attack, he was at work at the Navy Annex.

ENS Chittick was awarded the Navy and Marine Corps Commendation Medal for his actions on the day of the attack.  This medal is awarded to service members who, while serving in any capacity with the Navy or the Marine Corps, distinguish themselves by heroism, meritorious achievement, or meritorious service above that normally expected and sufficient to distinguish the individual above those performing similar services but not of sufficient nature to warrant a higher decoration. 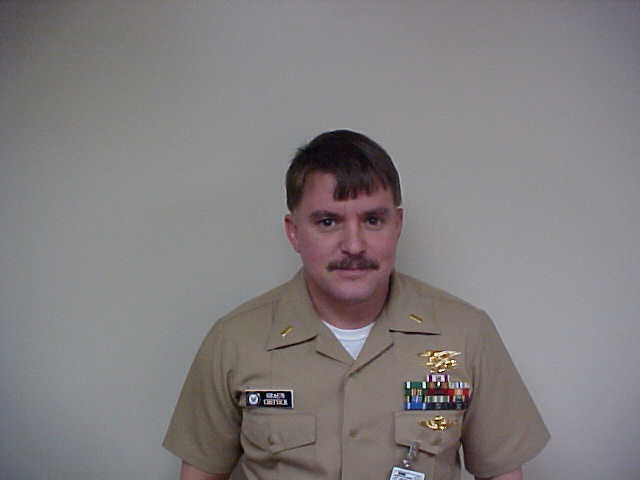 When the plane hit the Pentagon, ENS Chittick evacuated from the Navy Annex, where he was working in his office. He went to a parking lot which was being set up as a triage station. Amid the chaos of all the people funneling there, an Air Force Major took control and became the focal point for all of the medical operations—interfacing with police, firefighters, and medical.  ENS Chittick was assigned to work on one of the triage teams.  While working triage, he saw six patients.  Although they were prepared to see many more patients, ENS Chittick never saw anymore because of the extent of the damage and the strength of the fire burning in the building. Still though, he didn't leave until he was dismissed that evening.

In his oral history, ENS Chittick described the set-up of the triage. He also detailed the confusion that came with having military, police, fire, and federal chains of command all intertwining. He noted that for the people doing the labor, the separate chains of command and fights over jurisdiction ended up not being very important, so long as the communications and directions were clear and made sense. For their efforts, they knew to listen to the Air Force Major. ENS Chittick was hesitant to go home that night, but took solace in the fact that this effort could have gone for days, so they would need fresh, rested people to return the next day. The interview concluded with ENS Chittick discussing the SEAL and EOD communities, as well as societal changes that have occurred as a result of the attack. 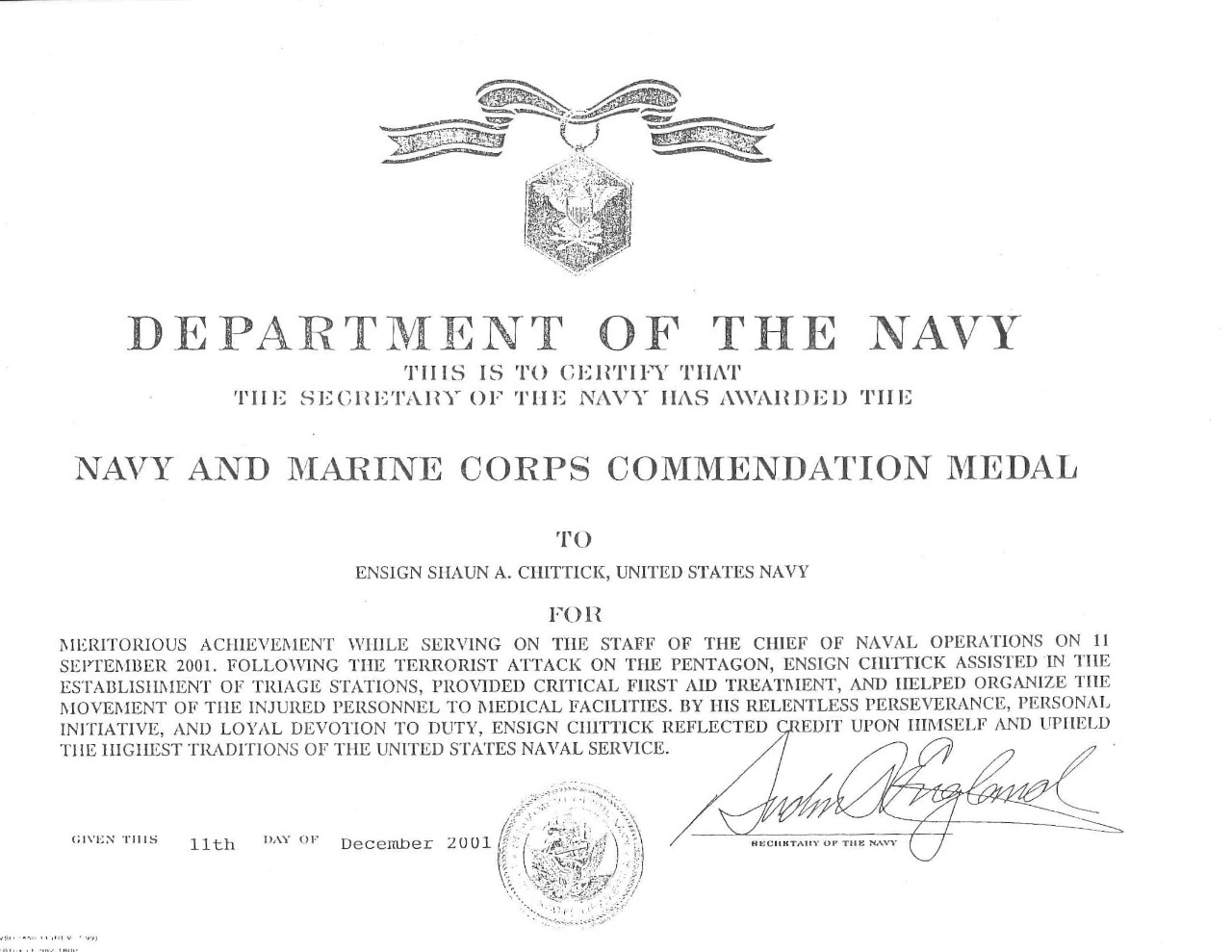