"You don't leave a shipmate behind."

At the time of the attack, CTAC Alleger was Assistant for Special Programs in the Office of the Under Secretary of the Navy Susan Livingstone.  On the morning of the attack, she was at work in the Pentagon.

CTAC Alleger received the Navy and Marine Corps Commendation Medal in recognition of her efforts on the day of the attack.  This medal is awarded to service members who, while serving in any capacity with the Navy or the Marine Corps, distinguish themselves by heroism, meritorious achievement, or meritorious service above that normally expected and sufficient to distinguish the individual above those performing similar services but not of sufficient nature to warrant a higher decoration. 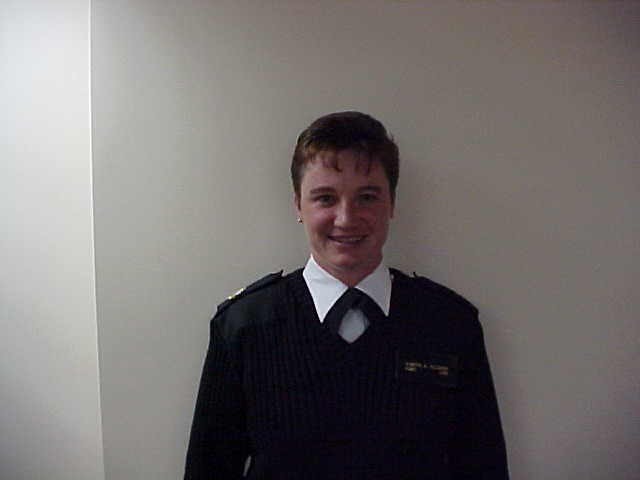 On the morning of the attack, Alleger was watching live coverage of the attacks in New York City, when the office received a call from the Navy Command Center warning that a plane was heading towards the Pentagon.  Less than a minute later, Alleger and the others in the office felt the impact.  She and the others immediately evacuated.  Once they made it out, she decided to go back in to help evacuation and rescue efforts.  As a certified first responder and a trained search and rescue (SAR) volunteer, she felt particularly well suited to assist with these efforts. When reports of a second plane began circulating, she and others evacuated for a second time.  During these efforts, she helped triage efforts for individuals including LTC Brian Birdwell.  She even witnessed individuals with private vehicles transport people to the hospitals.

In her oral history, Alleger discusses her thought processes throughout the day, the physical effects of the attack and the aftermath, protocol for handling classified materials, post incident crisis monitoring and intervention, Post Traumatic Stress, and emergency preparedness. 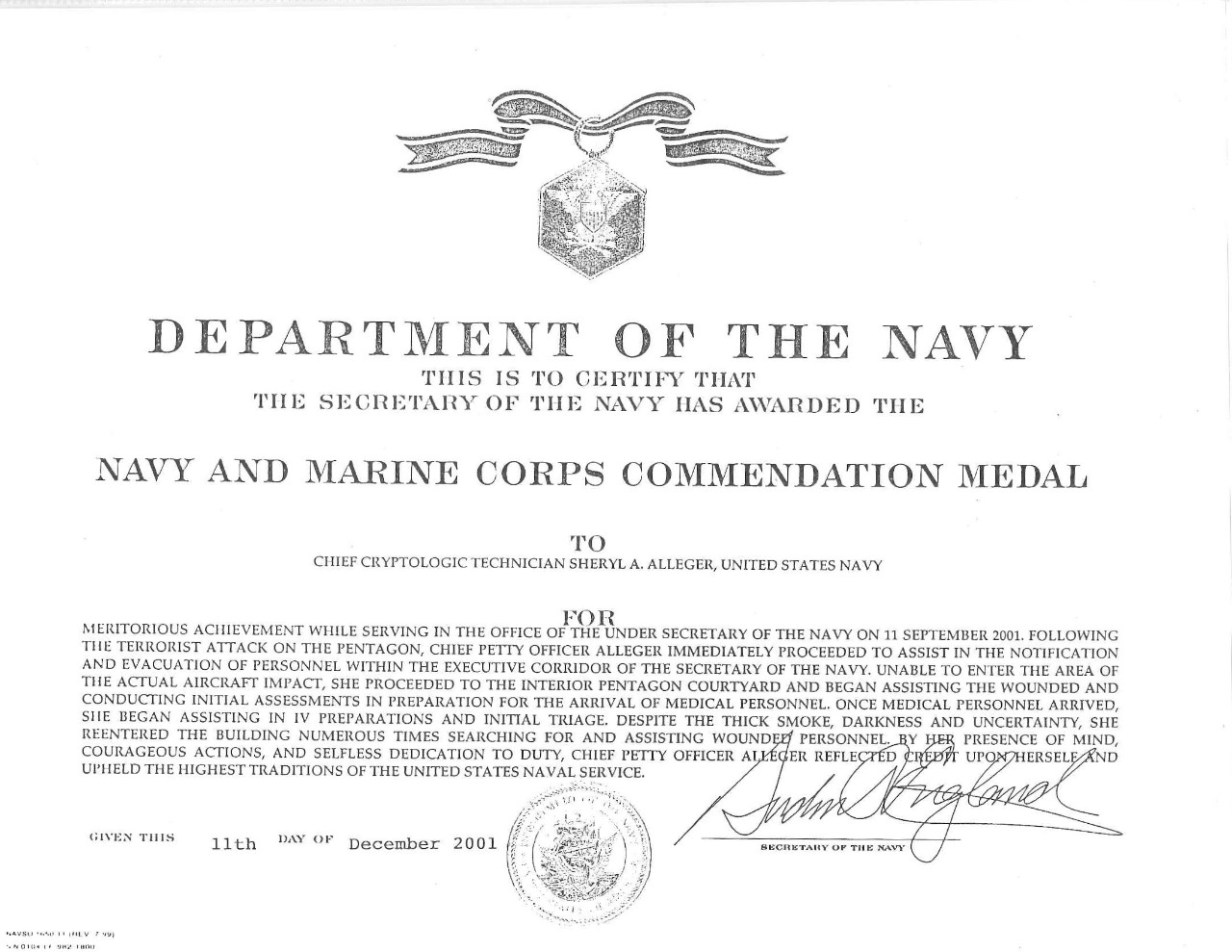