"My whole goal was to protect the privacy of the families." 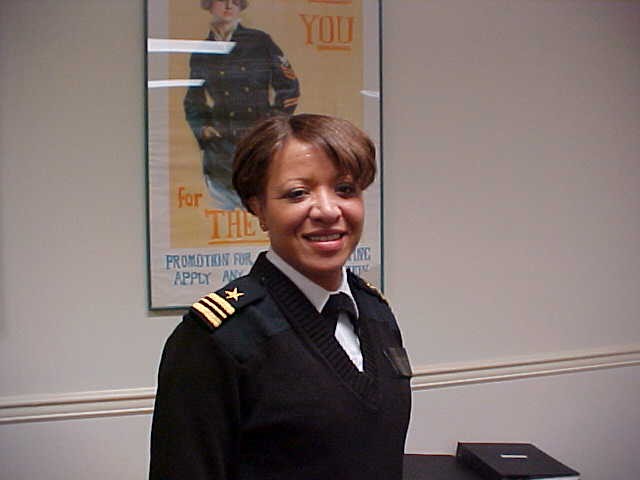 As the PAO for Naval District Washington, LCDR Logan handled "all of the press queries, media coordination, official visits," and any other public affairs issues for the NDW region, which covers an area of roughly 4000 square miles.  Normally, her small staff was supported by the office of the Navy's Chief of Information (CHINFO).  However, when the Pentagon was hit, the plane caused enough damage to the CHINFO offices that LCDR Logan could not count on them as a resource.  She and her small staff were on their own.

Her biggest concern from the moment she saw the smoke from the Pentagon was the media's treatment of the victim's families.  She began preparing materials to provide to the CACOs who would be assigned to the families of the victims.  She knew the CACOs would need training on how to deal with the media that would undoubtedly be harassing the families as soon as the names became public.  Working with the CACOs, she also provided support and information to the families.  She also briefed security at the NDW installations on how to handle intrusive media.  She also worked to establish better coordination with the other service branches.