LT Humbert was awarded the Navy and Marine Corps Commendation Medal for her actions on the day of the attack.  This medal is awarded to service members who, while serving in any capacity with the Navy or the Marine Corps, distinguish themselves by heroism, meritorious achievement, or meritorious service above that normally expected and sufficient to distinguish the individual above those performing similar services but not of sufficient nature to warrant a higher decoration. 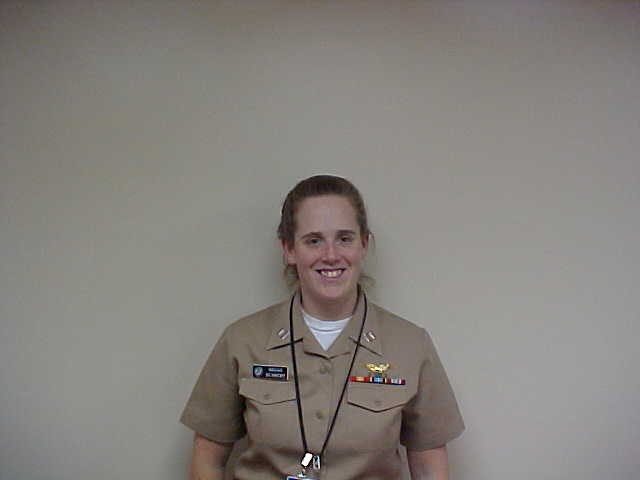 LT Humbert was working in the CNO IP in the Navy Command Center when the plane hit the Pentagon.  She was in the CNO IP watch area with IS2 Lhuillier and LCDR Capets.  15 feet separated them from the direct path of the plane.  She made it to safety after LCDR Capets found a way out into the alley between C and B Rings.  Even though she was suffering from burn wounds, she spent the next hour at least trying to alert rescue teams to the location of six other individuals that were working in CNO IP at the time. At one point, she went into another area of the building to find firefighting equipment, including a fire axe that she was hoping the teams could use to break down doors in the CNO IP.  Eventually though she was forced to evacuate from the building.  She reported to the Navy Annex where Navy leadership had established temporary operations to muster and continue standing watch, since she had not been relieved from that duty.  She made it home that evening around 7pm.

Beyond recounting her experiences on the day of the attack, LT Humbert talked about the work of reconstituting the CNO IP.  She talked about losing seven members of the CNO IP staff, including the six she had tried to save.  She also talked about how she was managing the emotional and mental toll of the attack. 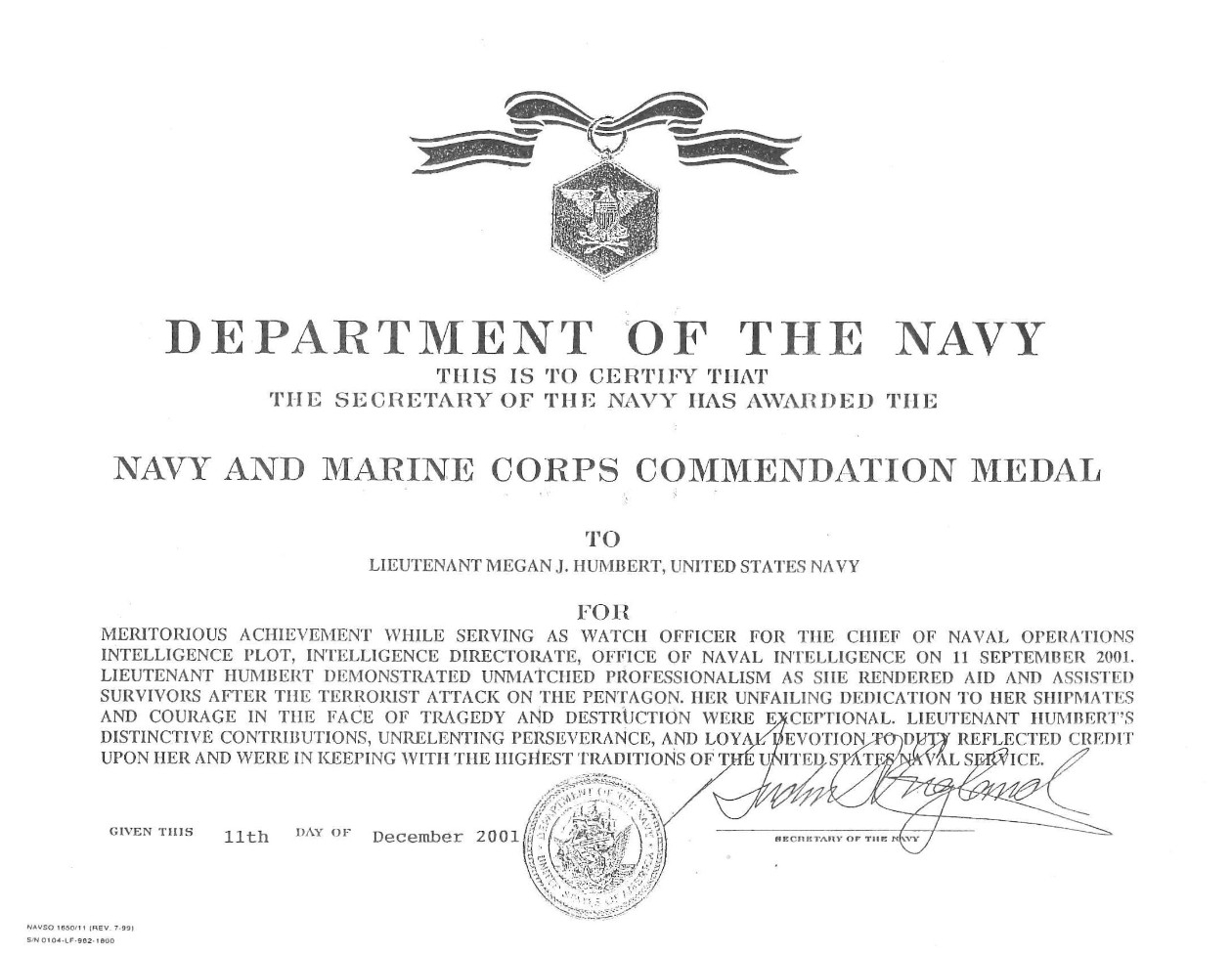