"We need to have medical people there. We went into the building one time, we had one of the kids throw up in his mask...I understood why he did that...Just not the right people to be in that situation, in my opinion."

At the time of the attack, LCDR Nordholm was serving in OPNAV N12 Manpower, Training, and Education Requirements.  On the morning of the attack, he had been in a meeting in Virginia and was driving back to his office at the Navy Annex.

LCDR Nordholm was awarded the Navy and Marine Corps Commendation Medal for his actions in the aftermath of the attack.  This medal is awarded to service members who, while serving in any capacity with the Navy or the Marine Corps, distinguish themselves by heroism, meritorious achievement, or meritorious service above that normally expected and sufficient to distinguish the individual above those performing similar services but not of sufficient nature to warrant a higher decoration. 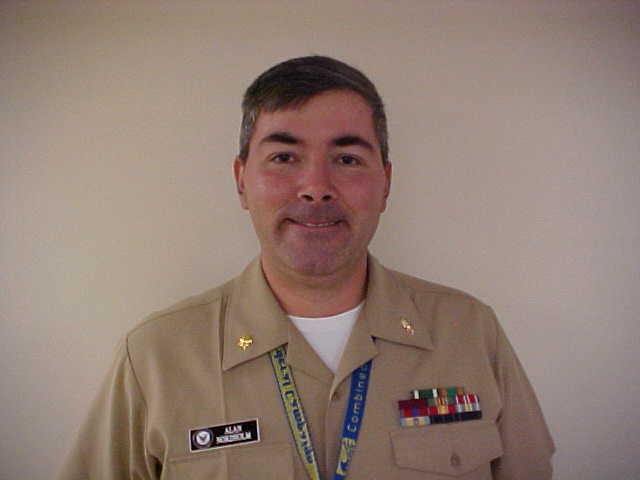 A psychologist and prior enlisted Hospital Corpsman, LCDR Nordholm was driving on I-395 at the time of the attack.  When he heard the news of the attack on the radio, he headed straight to Ft. Meyer to assist with the triage set up at Henderson Hall.  Later in the day, he was tasked by OPNAV N1 VADM Ryan with finding out where the remains would be sent. On 12 September, VADM Ryan asked him to serve as the Navy's liaison at the mortuary which had been set up at the Pentagon.

LCDR Nordholm led a four-man Navy team that would enter the Pentagon and work to recover remains.  They were joined by personnel from the other branches of the military.  Most remains were unrecognizable, due to the fire and explosion.  Since the most of the other personnel assisting in the recovery from the other services were not medical, at times they were not prepared for what they were seeing.  On 13 September, they established a watch in the FBI tent where the remains were being reviewed.  LCDR Nordholm took the first 12-hour watch.

LCDR Nordholm discussed lessons learned in Command and Control and the challenges faced during the recovery progress, since it was not clear at times who was in charge. He also recommended that the SPRINT team follow up with service members several months after the traumatic event, after they have had the time to consolidate the memory. 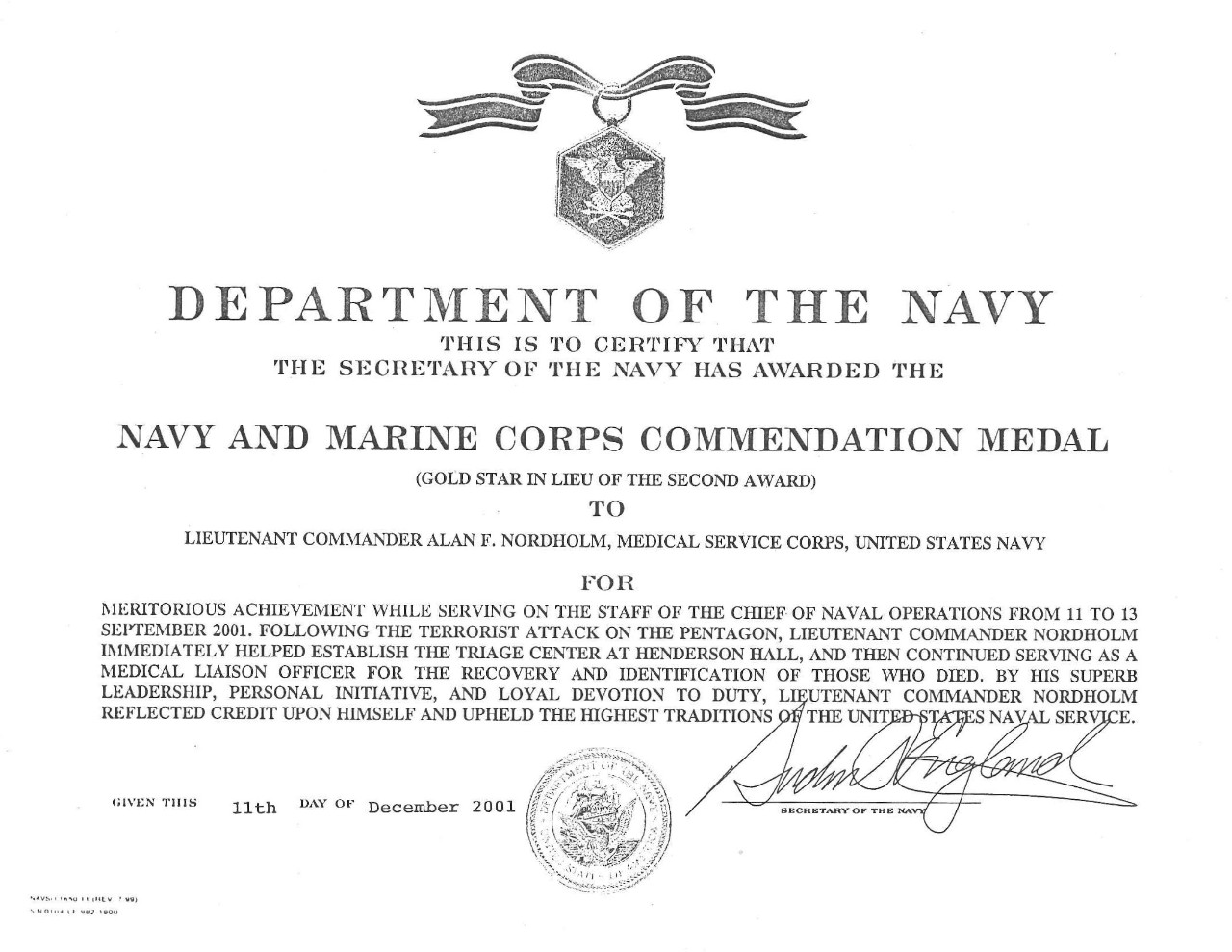