“The forensic infrastructure within the Department of Defense has been developed to answer those operational questions and that’s what makes it the best in the world.”

Date of Interview: 1 March 2002
Interviewers: CAPT Gary Hall, CDR Carol O’Hagan, & YNCS Kathleen Wright
At the time of the attack, CAPT Wagner was serving as Director of the Armed Forces Institute of Pathology (AFIP). On the morning of the attack, he was at work at the AFIP offices in Rockville, Maryland. 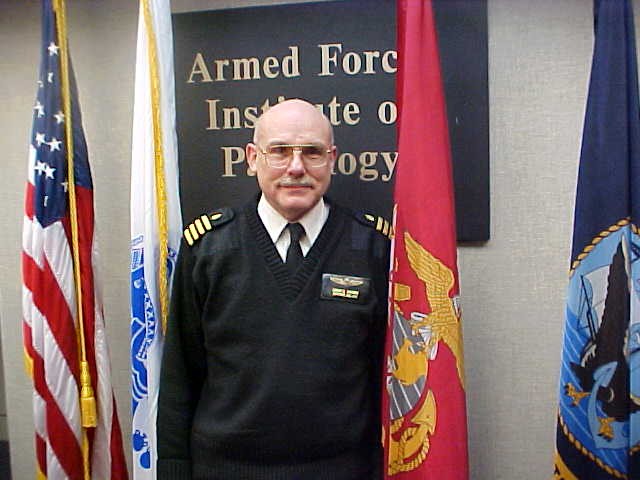 CAPT Wagner’s oral history functions dually as a story of how his team worked to identify the remains of those that were killed during the Pentagon attack and as a lecture on AFIP as an institution.

Through various means, and over several months, the Dover teams, which included those from AFIP, were able to positively identify the remains of 184 of the 189 people that died during the attack, including the terrorists. Five individuals weren’t identified, because no remains were left to recover from the Pentagon site. The Dover teams were also tasked with handling the identification of the remains from the Pennsylvania crash site. They were able to identify virtually all of those remains, including those of the terrorists, as well.

For the rest of the first half of his oral history, CAPT Wagner weaved together the story of the Pentagon investigation with educational briefs on how investigations of that nature work. He provided historical details and took the time to explain every step of the investigative process in detail. In the second half of his oral history, CAPT Wagner answered the questions that the interviewer had prepared, as well as follow-up questions from the interviewer. He provided more details and more specifics on many of the topics he’d introduced in the first half of his oral history. He spoke often of how much AFIP has meant to him over the years and how much he values the work he has been able to do and oversee there. His oral history concluded with lessons learned and a reflection on his long career.