“I said, ‘If you all haven’t prayed before, you all better pray now.’”

At the time of the attack, Mrs. Cordero was working for the Defense Intelligence Agency (DIA) as a financial resource manager.  On the morning of the attack, she was at work at the Pentagon.

Mrs. Cordero received the Defense of Freedom Medal for injuries sustained during the attack.  This medal was established to recognize civilians employed within the Department of Defense who are killed or wounded in the line of duty. The medal symbolizes the extraordinary fidelity and essential service of the DoD’s civilian workforce in the preservation of national security. It was established in response to the 9/11 attacks in order to recognize those civilians who would have received a Purple Heart had they been in uniform. 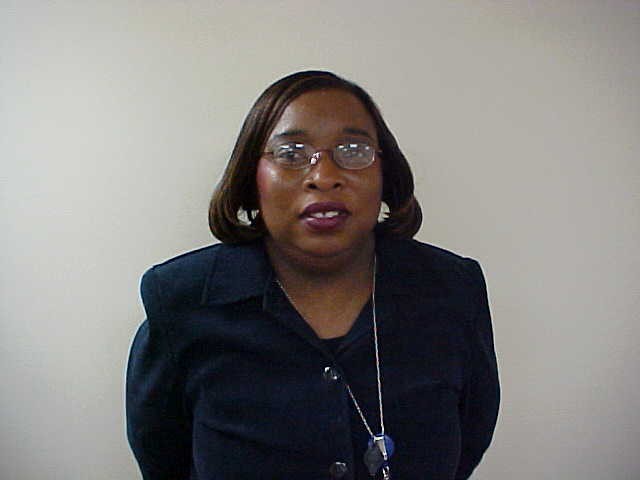 Mrs. Cordero's office was on the first deck of the C Ring between Corridors 4 and 5.  In the moments before the plane hit the Pentagon, she'd seen the news of the attacks in New York City and was trying to reach her husband to figure out whether she should leave the office.  As she was leaving him a voicemail, the plane hit the Pentagon.  Mrs. Cordero's office was in the path of the plane.  A gust of wind and fireball came into the office, and she caught on fire.  She managed to put out the flames that were burning her with the help of a coworker, Paul Gonzales. He also helped guide her and others out of the burning office to safety.  She made it to the inner courtyard, where medical staff began to treat her injuries.  While they were administering treatment, they received word that another plane was inbound, so the staff helped Mrs. Cordero exit to the grounds outside of the Pentagon. While they were helping her out of the building, she lost consciousness and woke up six days later in the hospital.

In addition to detailing her experiences on the day of the attack in her oral history, Mrs. Cordero also discussed her various medical procedures and recovery.  She also discussed the distinguished visitors who came to wish her well at the hospital and the cards she received from children all over the country. She told the story of how she went back to the Pentagon for a meeting after the attack, and how traumatic that was. The oral history concluded with her detailing the emotional support she has received, and how she has been mentally coping with the events of that day.