"We thought ahead and essentially ordered quite a bit of computer equipment...all that stuff came in a week or so before September 11th."

At the time of the attack, CAPT Arendt was the Chief of Forensic Odontology at the Armed Force Institute of Pathology (AFIP). On the morning of the attack, he was working a surgical assignment with his AFIP team. 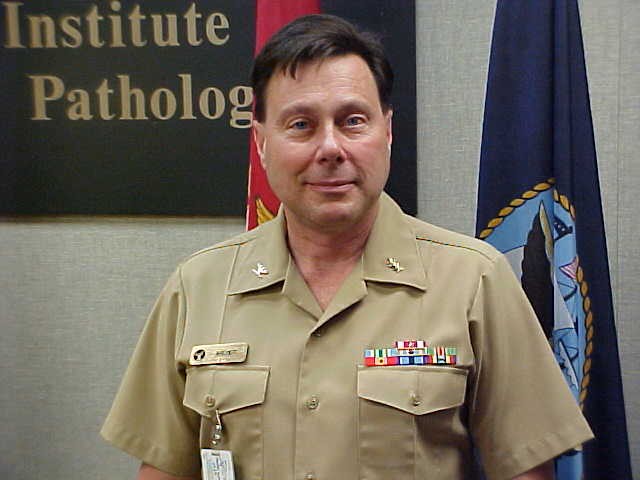 Odontology is a subspecialty within dentistry that focuses on the study of teeth, their structure, and their development.  Forensic Odontology applies this knowledge to the identification of human remains.  As Chief of Forensic Odontology at AFIP, CAPT Arendt coordinated efforts to identify remains from the Pentagon using odontology or dental records.

CAPT Arendt detailed the efforts the AFIP had made prior to the attacks to upgrade their equipment, so they would be prepared to handle mass casualty events with 21st century technology.  The Pentagon Attack would be their first chance to use the newly ordered technology - everything was still in boxes on the day of the attack.  CAPT Arendt discussed the work he and his team did at Dover, their efforts to set up their equipment as they were identifying remains, and the benefits of the new technology over older x-rays and paper.  He also talked at length about the differences between civilian and military technology and the differences in the approaches to forensic odontology.  He considered it extremely important to bridge the many divides that exist.