“I told him I was from the Navy Command Center and there wasn’t one anymore.” 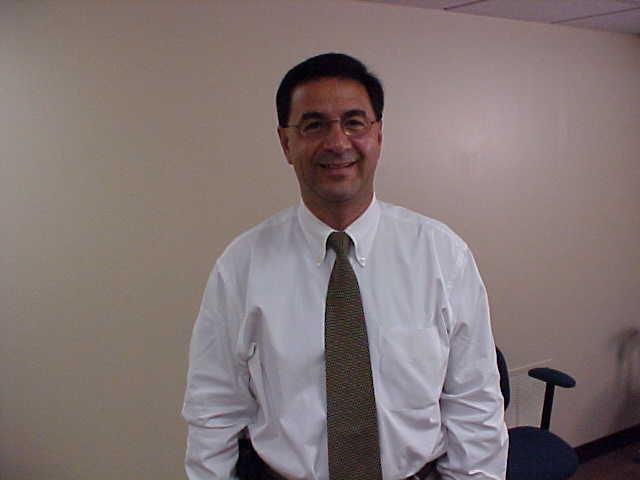 In addition to his work as a civilian, Mr. Sandelli is also a Navy reservist. The morning of the attack, he’d been called to his reserve duty post in the office of the Army Director of Military Support (DOMS) to begin preparing their response to the attacks in New York City. In the moments before the plane hit the Pentagon, he’d been preparing to walk out of the Navy Command Center and head towards the DOMS office in a different part of the Pentagon. First, he stopped to fix the time on a wall clock. At that moment, the plane hit. Looking back, he recognized that stopping to fix the time saved his life – almost everyone who had been near the main Navy Command Center entrance died.

Mr. Sandelli managed to make it out of the destroyed Command Center by crawling over the piles of debris. His pilot training had kicked him and he’d taken a moment to remember where he was in relation to the closest emergency exit. That led him to safety. He exited into the alleyway and helped support and catch a number of Army personnel who’d been trapped on the second floor and were jumping from windows. He ended up escorting a woman with a broken leg into the center courtyard. From there, he made his way out of the building. He needed to figure out a way to start making calls. He decided the best way to do that would be to go home, a nine mile distance he traveled mostly on foot. Once there, he realized that one of his best friends Jack Punches had likely died in the Navy Command Center.

Since he was responsible for continuity of operations planning in his civilian position, he went back to work right away. In his oral history, he shared insight into how the loss of the Navy Command Center impacted the Navy’s ability to implement their existing continuity of operations procedures, and how it impacted their work to reevaluate and rewrite the procedures. He also shared the story of how he experienced the attack and the aftermath.