"My number one concern was self-preservation and getting word to my wife, somehow, telling my family that I was okay."

At the time of the attack, Mr. Lloyd was working in the OPNAV N323 Interagency Support Ops Office.  On the morning of the attack, he was at work in the Navy Command Center in the Pentagon. 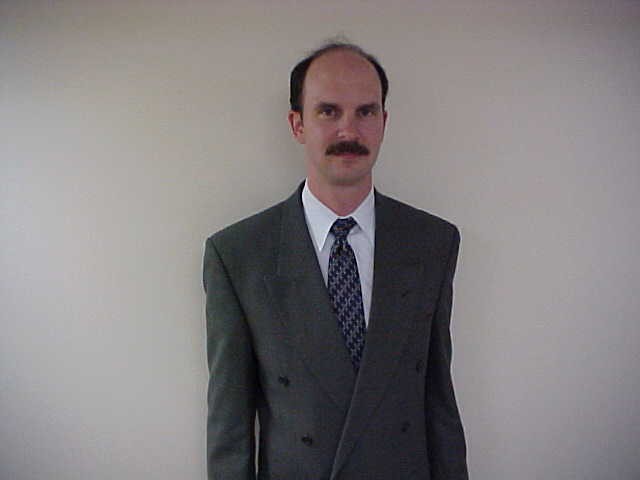 When the plane hit the Navy Command Center, Mr. Lloyd was in the cubicle space he shared with his boss, Paul Brady.  Their cubicle space was a few feet to the right of the direct path of the plane.  The plane caused significant structural damage in their area, and Mr. Lloyd was hurt by the ceiling and boxes and office furniture falling around.  But when he looked up, he saw a shaft of light.  A large hole had been knocked out of the outer wall of his cubicle.  He was able to climb over his desk and through the hole into a mechanical room.  From there, he made out into the alley.  Even though he had made it to safety, he went back through the mechanical room to the hole in his cubicle wall and helped Mr. Brady through.  From there, Mr. Lloyd and Mr. Brady made it safely out of the Pentagon.  Mr. Brady just by chance happened to have his car keys in his pants pocket, so they took his car and left.  Before Mr. Brady had even made it all the way to Mr. Lloyd's home, Mr. Lloyd jumped out and ran the rest of the way.  When he saw his wife, who hadn't realized he'd made it home, he said, "Honey, I've decided to take the rest of the day off."'

Beyond discussing his experiences on the day of the attack, Mr. Lloyd also discussed everything he had to go through to get his life back to normal.  He also talked in depth about the support his wife and daughter had provided.  He also provided some critiques of the way the SPRINT team had handled their work.