"I looked up and there was the American Airlines plane just right over - I felt like I could reach up and touch it, that's how close it was."

At the time of the attack, Mrs. Plyler was working on public relations campaigns for the Navy Chief of Information (CHINFO).  On the morning of the attack, she had meetings scheduled at the Pentagon. 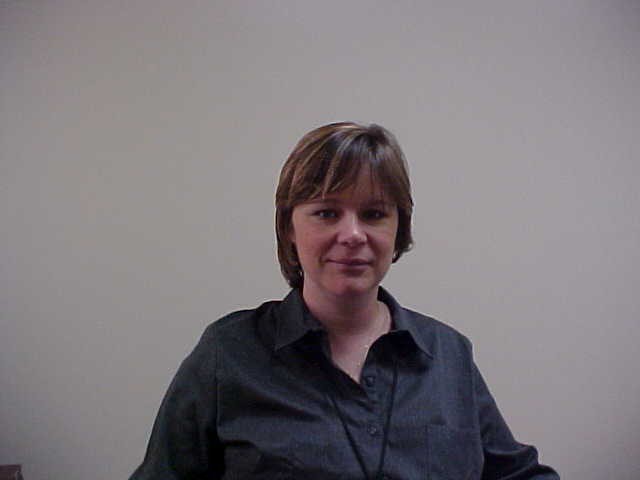 Mrs. Plyler had just gotten out of her car in the South Parking Lot of the Pentagon when the plane flew overhead.  It was flying so low she could see the shapes of people through the windows.  Before she knew what to think, she saw the plane "belly flop," meaning the bottom of the plane scraped and sort of bounced off the ground, then hit the Pentagon.  Her first thought was to run and help everyone, but she was seven months pregnant at the time, and she realized there was very little if anything that she'd be able to do.  She got back in her car and headed home.  Even though she was pregnant, the whole ride home she felt incredibly guilty that she hadn't stayed to help.

After arriving home, she sent messages to everyone that she was okay.  Then she went back out to the car, because she'd forgotten to grab her purse.  She found bags of groceries in the backseat.  She looked at the receipt and realized she'd stopped at the store on the way home.  She'd been so distraught by what she'd seen, she'd completely forgotten. When she went back to the grocery store to ask whether anyone had seen her there, one of the employees burst into tears because she was relieved that Mrs. Plyler was okay.  The grocery store employees had been incredibly worried about Mrs. Plyler and the state she was in when she'd been in there after the attack.

In her oral history, Mrs. Plyler also discussed how her perspective on life had changed since the attack and the ways her relationships with people have changed.  She also talked about some of the work she's been doing with CHINFO since.