“We like to classify ourselves as combat photographers, first instinct is to grab a camera and run toward the situation.”

At the time of the attack, PH1 Rimrodt was serving as a photographer and detailed to the Marine Corps Photo Lab at Marines Corps Headquarters. On the morning of the attack, he was at work at the Navy Annex. 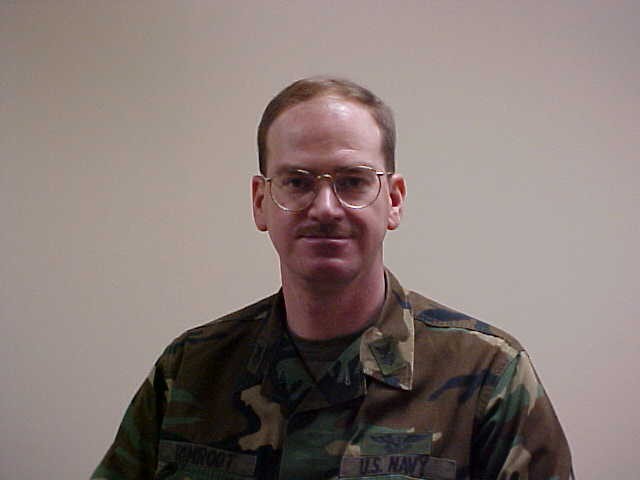 PH1 Rimrodt was in the office of the Master Chief Petty Officer of the Navy (MCPON) watching footage of the attacks in New York City when he felt the explosion caused by the plane hitting the Pentagon. He went back to the Marine Corps Photo Lab, grabbed his camera gear, and headed towards the Pentagon with a few other staff photographers. Along the way they were met by an FBI agent who requested they assist with evidence documentation. For the rest of the day, PH1 Rimrodt assisted with documenting evidence sweeps around the exterior of the building. The next day, he and one of the other staff photographers, CPL Jason Ingersoll, were assigned to the first body recovery team. The team’s first search location was the Navy Command Center. For the next few days, PH1 Rimrodt photo documented the remains recovery effort in the Navy Command Center for the FBI. He then went to work photo documenting the remains and evidence recovery efforts at the rubble site in the north parking lot. On one day later in the process, he spent all day photo documenting the work at the morgue as the remains were prepared for transfer to Dover. All total, PH1 Rimrodt spent approximately two weeks at the site documenting for the FBI.

In his oral history, PH1 Rimrodt discussed at great lengths his work on the day of the attack and the days after. He provided extremely detailed descriptions of everything he witnessed while working on the remains and evidence recovery teams and while documenting the work at the morgue. He also discussed the work he did after he finished documenting for the FBI. PH1 Rimrodt provided some lessons learned and personal observations as well.