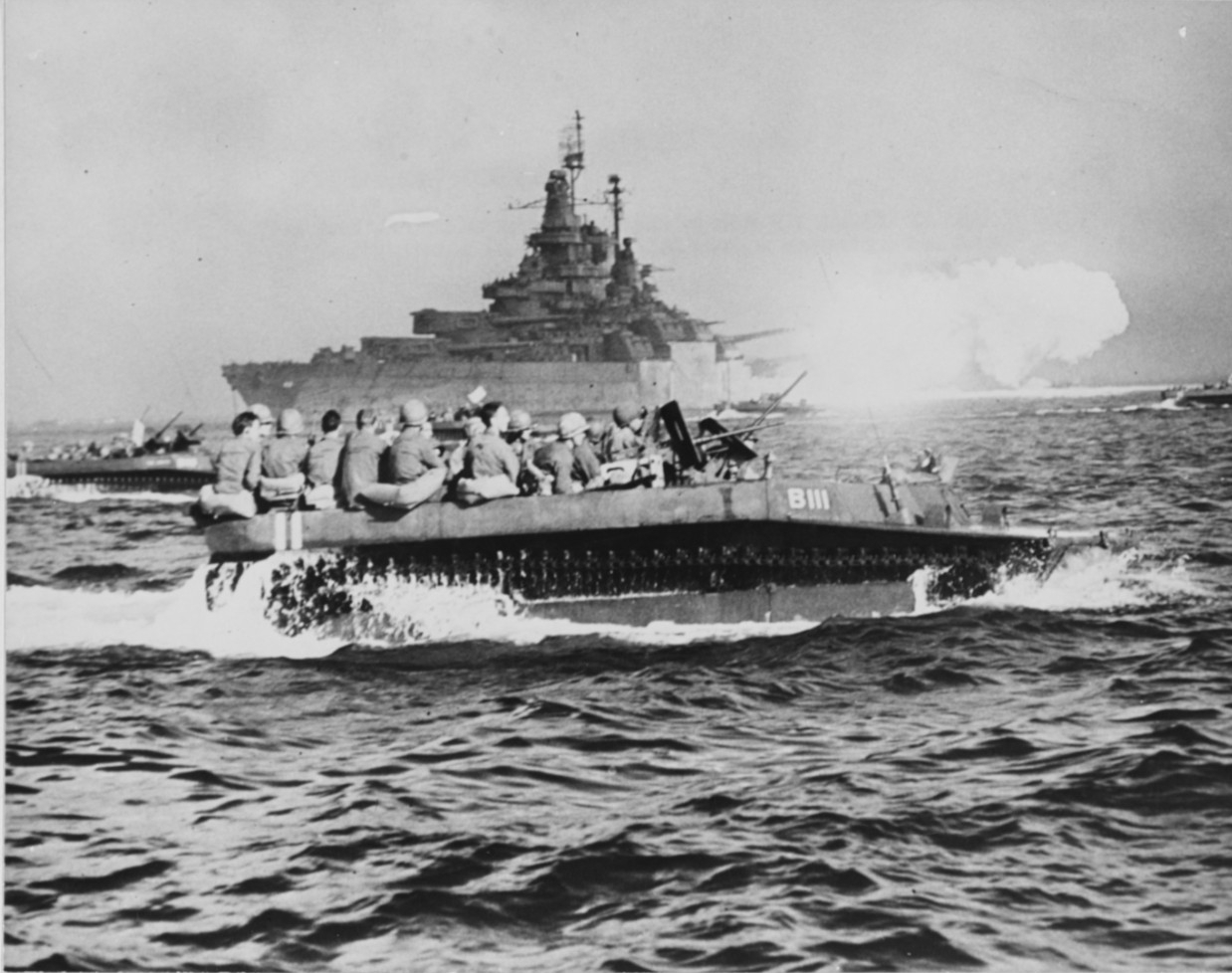 On the very day Iwo Jima was declared secured, Fifth Fleet Commander Admiral Raymond Spruance was on his flagship USS Indianapolis (CA-35) steaming to the Ryukyus in company with Admiral Marc Mitscher’s Task Force 58. In the following weeks, more than 1,600 ships and 350,000 naval personnel would assemble to form the largest amphibious assault force of World War II.

On 1 April 1945, U.S. ground forces began the Battle of Okinawa. The objective was to secure the island, thus removing the last barrier standing between U.S. forces and Imperial Japan. With Okinawa firmly in hand, the U.S. military could finally bring its full might upon the Japanese, conducting unchecked strategic air strikes against the Japanese mainland, blockading its logistical lifeline, and establishing forward bases for the final invasion of Japan (Operation Olympic), scheduled for the fall of 1945.

The battle, which went into the month of June, was one of the most ferocious of the war with American casualties reaching a staggering 49,151, of which 12,520 were killed or missing. On an individual basis, 24 service members received the Medal of Honor for actions performed during the Battle of Okinawa. Thirteen went to the Marines and Navy corpsmen, nine to Army troops, and one to a Navy officer.

An infographic of the Battle of Okinawa, which for today's Navy, is a stark reminder of the importance of integrated American naval power, the necessity of conducting effective joint operations, and the value of being able to learn in real time.

Japanese propaganda leaflet recovered during the Battle of Okinawa.