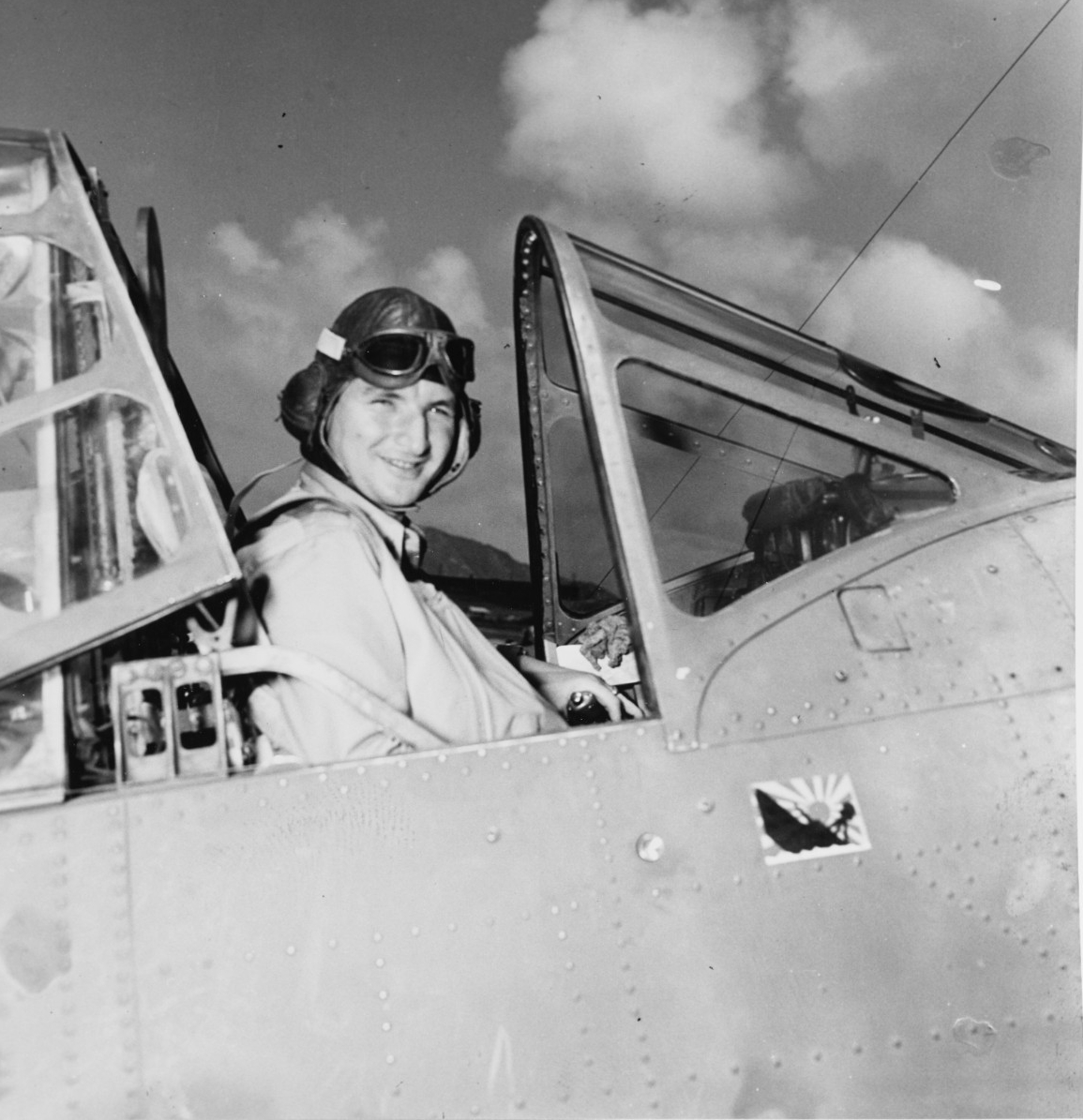 Lieutenant Commander Lance E. Massey, seated in his Douglas TBD-1 Devastator torpedo bomber, at Naval Air Station Ford Island, Pearl Harbor, on 24 May 1942. Note "victory" marking on the aircraft, representing the sinking of a Japanese ship during the Marshall Islands raid, 1 February 1942, when he was executive officer of Torpedo Squadron 6 (VT-6) on USS Enterprise (CV-6). Massey was killed in action on 4 June 1942, while leading Torpedo Squadron 3 (VT-3) in an attack on the Japanese carrier force during the Battle of Midway (80-G-66074).

Massey was born in Syracuse, New York, in 1909, and was educated at the U.S. Naval Academy in Annapolis, Maryland. The Academy’s yearbook describes him as having a persistent smile, even during drills, where smiling was frowned upon. Massey’s amicability manifested in his subsequent career with the Navy, too, and persisted as one of his defining features according to the people who served with him.

After graduation in 1930, Massey attended flight training at the Naval Air Station in Pensacola, Florida, and achieved the designation of naval aviator on 1 April 1932. During the rest of the 1930s, Massey served on USS Lexington (CV-2), USS New Mexico (BB-40), and USS Idaho (BB-42), in addition to shore duty at Pensacola, Florida, where he taught the next cohort of naval aviators.

In September 1941, Massey joined Torpedo Squadron Six as its executive officer. He and the squadron found themselves at Pearl Harbor, on USS Enterprise (CV-6), when the Japanese attacked a few months later.

Massey was promoted to lieutenant commander in January 1942. He was awarded the Distinguished Flying Cross for executing the Navy’s first unescorted airborne torpedo attack during the 1 February Marshall Islands raid.

Massey’s boldness and bravery extended to his role in the Battle of Midway. On the morning of 4 June 1942, Massey led 12 planes of USS Yorktown’s (CV-5) Torpedo Squadron 3, accompanied by six fighters. Massey’s plane went down in flames during this attack, but his squadron succeeded in scoring direct hits on two enemy aircraft carriers.

As the smoke cleared, Massey was officially reported missing in action and, a day later, he was presumed dead. For this ultimate sacrifice in the effort to hit and sink as many Japanese carriers as possible, Massey received the Navy Cross and the Purple Heart medal. In 1944, the Navy named destroyer USS Massey (DD-778) in his honor.