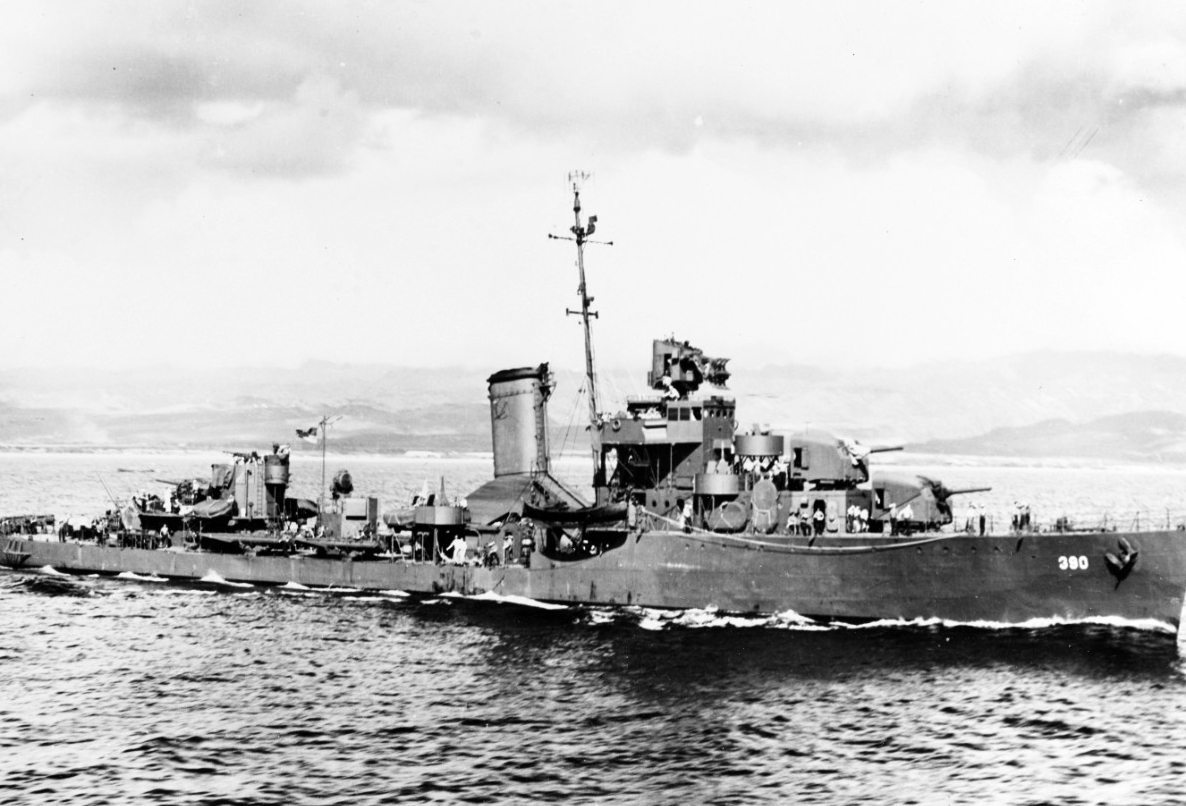 The destroyer Ralph Talbot  (DD-390) was on picket duty northeast of Savo Island in the early morning hours of 9 August 1942 when at 0143 she received the radioed warning from a destroyer southeast of Savo that strange ships were in the immediate area. Her skipper, Lieutenant Commander Joseph W. Callahan, directed that she reverse course, and Ralph Talbot was quickly headed southwest at 25 knots, back toward the island and the fighting that was taking place within the protected waters to its south that would soon become known as Ironbottom Sound. Watching the flashes of gunfire in the distance, Callahan and his crew topside wondered who was getting the better of the fight. They didn’t have to wait long before finding out.

At 0215 a searchlight sought Ralph Talbot out. Three Japanese cruisers from Rear Admiral Gunichi Mikawa’s force that had already sunk the cruiser Astoria and reduced three other Allied cruisers to burning hulks began firing on the destroyer from 4,500 to 6,000 yards. Thinking at first that his ship was being fired on by friends, Callahan turned on her recognition lights and shouted identification over the radio. This caused the confused Japanese skippers to check their fire momentarily. The lull didn’t last long, however. As she got within less than two miles of the American destroyer, the light cruiser Yubari turned her searchlights on Ralph Talbot and began firing salvos at her. Although Callahan began firing back with 5-inch/38-caliber salvos of his own and Ralph Talbot even managed to launch four torpedoes at her adversary, she was quickly hit by six shells that struck her charthouse, penetrated her wardroom, demolished one of her torpedo tubes and damaged her after 5-inch gun. Several minutes later, the destroyer entered a rain squall, and the shooting immediately stopped.

At this point Ralph Talbot was in danger of sinking. Her bridge was enveloped in flames, and she was listing 20 degrees to starboard. But her skipper was up to the challenge. An experienced destroyer engineer officer, Commander Callahan directed his crew in the effort to save her. By 0330, the fires and flooding were under control and repair work was underway. By 1210 on that same day, with mattress patches to her hull in place, she began her long voyage back to the U.S. West Coast for repairs.

Less than a year later, with Joe Callahan still in command, Ralph Talbot took part in the second battle of Kula Gulf. It was in part for this latter action that Callahan eventually was awarded the Navy Cross “for extraordinary heroism.”