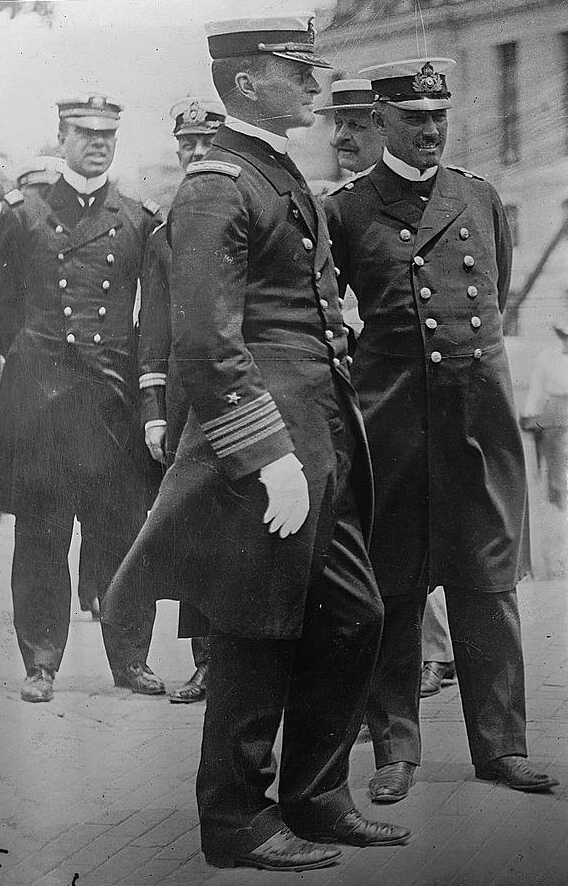 An 1878 graduate of the United States Naval Academy, Thomas Slidell Rodgers served as Director of Naval Intelligence and commanded Battleship Division Six in European waters during World War I.  Rodgers came from a family steeped in U.S. naval history.  His father, Rear Admiral Christopher Raymond Perry Rodgers served in the Mexican-American War, American Civil War, and commanded the Pacific Squadron; and his grandfather, Commodore John Rodgers served with distinction in the U.S. Navy from 1798-1837. His great uncles were Commodores Oliver Hazard Perry and Matthew C. Perry.

Cadet Midshipman Rodgers first service afloat was on board USS Quinnebaug (Screw Corvette) during its fitting out period at the Philadelphia Navy Yard, and subsequent deployment to the European Station from September-October 1878.  He next served as a Midshipman on board USS Trenton (Screw Steamer) during its service in Europe from October 1878-March 1880.  After a return stateside from March-June 1880, he resumed service on the European Station between June 1880-September 1884, with service on board USS Galena (Steamer) and USS Lancaster (Screw Sloop-of-War).  He advanced in rank to Ensign on 1 December 1881.  From September 1884 through May 1886 he was stationed in Washington, DC sequentially for ordnance instruction, special duty with the U.S. Senate, and service at the Bureau of Ordnance.  For most of the next decade he served afloat in the Pacific and Atlantic on the USS Juniata (Sloop-of-War), USS Chicago (Cruiser), USS Bennington (Gunboat No. 4), USS Ranger (Screw Steamer), USS Brooklyn (Armored Cruiser No. 3), and USS Philadelphia (Cruiser No. 4).  During the Spanish-American War, then Lieutenant Rodgers had duty on USS Bennington (Gunboat No. 4), USS Monterey  (Monitor No. 6), and USS Wheeling (Gunboat No. 14).  He was the Executive Officer of USS Maine  (Second-class Battleship) from August 1902-May 1903 and his first command was of USS Dubuque (Gunboat No. 17) from December 1906-July 1908.  He next commanded USS New Hampshire (Battleship No. 25) from October 1909-November 1911.  From January 1912-December 1913 he was the Director of Naval Intelligence.  Captain Rodgers was given command of the battleship USS New York (Battleship No. 34) in December 1913, which served as Rear Admiral Frank Friday Fletcher’s flagship during the Occupation of Veracruz.  Promoted to Rear Admiral on 13 June 1916, Rodgers commanded Battleship Division Six, with USS Utah (Battleship No. 31) as his flagship by the end of World War I.  He received the Navy Distinguished Service Medal for his WWI service. He was placed on the retired list in July 1919 after 41 years of naval service.  He passed on 31 February 1931 and was interred in Arlington National Cemetery.