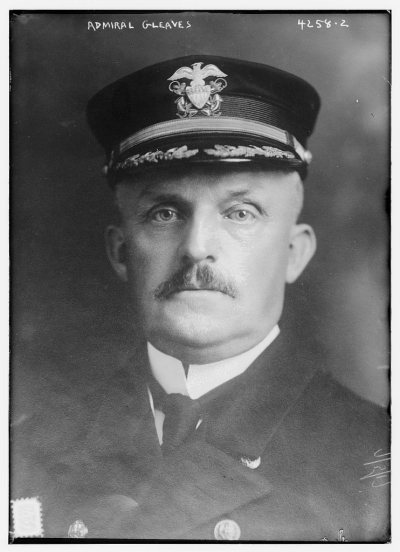 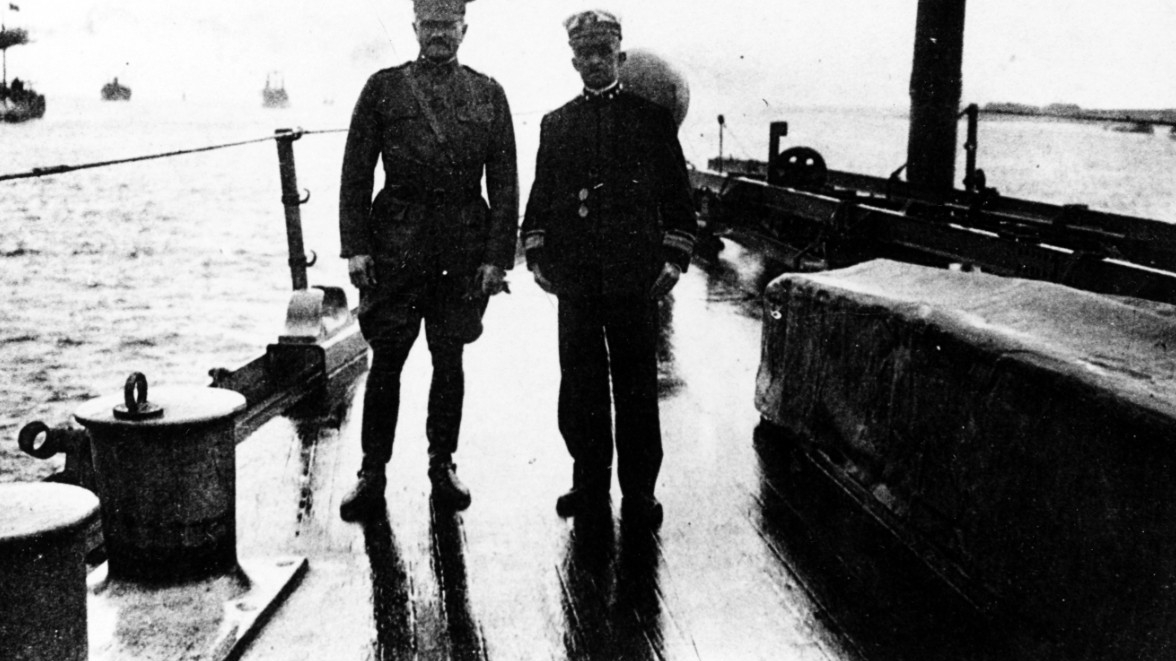 Gleaves commanded the Cruiser and Transport Forces of the Atlantic Fleet during World War I.  His successful leadership of these posts gained him the moniker of “the man who put ‘em across and brought ‘em back.”  Over 2 million men made the Atlantic transit without the loss of a single transport.  A graduate of the Naval Academy’s class of 1877, Gleaves served at sea until reporting for Ordnance Duty at the Washington Navy Yard in November 1886.  After taking part in gun tests for the Navy’s new steel cruisers at Annapolis, Gleaves served on the USS Dolphin, the first of the new cruisers.  During the Spanish-American War, Gleaves commanded USS Cushing (Torpedo Boat No. 1), the Navy’s first modern torpedo boat.  Between 1901-1902, he commanded the Presidential Yachts.  Gleaves continued to test Navy firsts, commanding USS North Dakota (Battleship No. 29), its first dreadnaught between July 1910 and November 1911.  Gleaves commanded Destroyer Force, Atlantic Fleet in 1916.  Once the United States entered WWI he was assigned additional duty as Commander of U.S. Convoy Operations in the Atlantic—this assignment eventually expanded to the duties that opened this summation.  The Navy Department awarded Gleaves the Distinguished Service Medal for his leadership of the transport service during the war.  After WWI, Gleaves served as Commander-in-Chief, Asiatic Fleet from 1919-1921.  He transferred to the retired list in 1922.  Admiral Gleaves died on 6 January 1937 and was interred in Arlington National Cemetery.