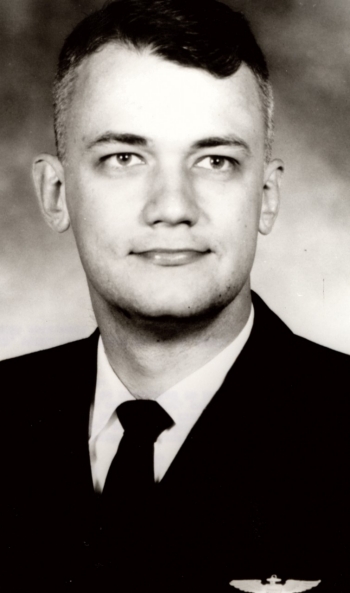 Bruce McCandless II is a third generation Navy officer, son of Bruce McCandless and grandson of Willis W. Bradley, both Medal of Honor recipients. Following his graduation from the U.S. Naval Academy in 1958, McCandless received flight training from the Naval Air Training Command in Florida and Texas. In March 1960, he was designated a Naval Aviator and relocated to Key West, Florida for weapons system and carrier landing training in the F-6A Stingray. From December 1960 - February 1963, McCandless was assigned to Fighter Squadron 102 (VF-102) in which he saw duty on the USS Forrestal (CVA-59) and the USS Enterprise (CVA(N)-65), including a brief participation in the Cuban Blockade. In 1964 McCandless reported to Stanford University to pursue a graduate degree in Electrical Engineering, from which he graduated in 1965. One of 19 astronauts selected by NASA in April 1966, McCandless was assigned to the support crew for the Apollo XIV mission and was backup pilot for the first manned Skylab mission. From 3 - 11 February 1984, McCandless participated in the STS-41B mission and most famously known for making the first untethered spacewalk in history. His final mission was aboard the space shuttle Discovery during STS-31 in which McCandless and his crew deployed the Hubble Space Telescope on 24 April 1990.