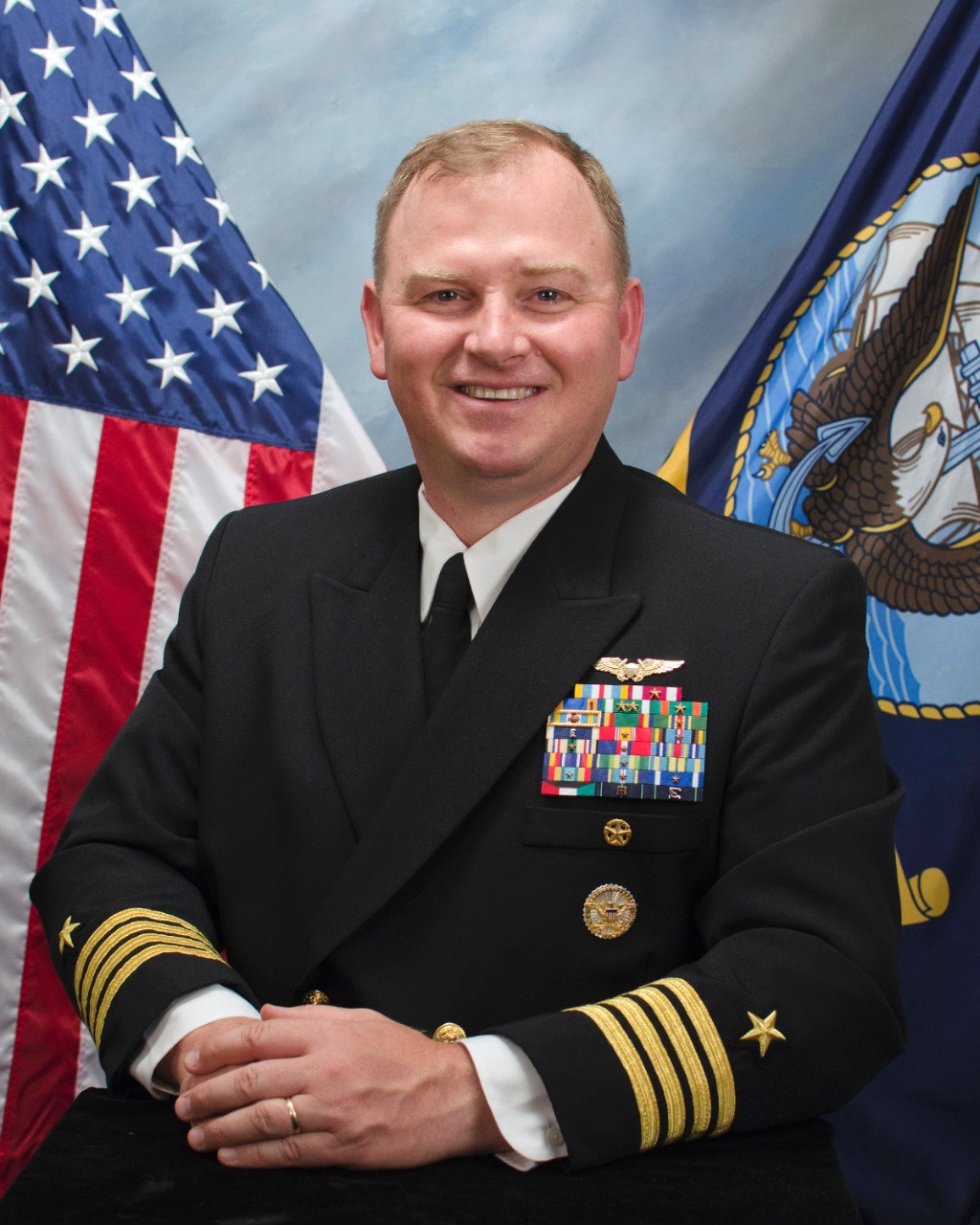 Captain Henry J. (Jerry) Hendrix served as the Director, Naval History and Heritage Command (NHHC) and Curator of the Navy from 2012 to 2014. Hendrix led the command’s efforts to address the findings of a negative 2011 Navy Inspector General report. Under his leadership, NHHC took actions to protect, preserve, and promote the Navy’s great history for generations to come. The command was presented with a Meritorious Unit Commendation at his retirement ceremony in recognition of the efforts of the entire staff.

Captain Hendrix was commissioned in 1988 through the NROTC program at Purdue University. Assigned to the Naval Aviation Schools Command in Pensacola, FL, he earned his naval flight officer wings in 1989. Ordered to Patrol Squadron TEN in Brunswick, ME, he served in a variety of positions and deployed to the Mediterranean, Red Sea, North Atlantic, and Caribbean. Qualified as an Instructor Tactical Coordinator and Mission Commander, he was named by the Navy League the Casco Bay Junior Officer of the Year in 1990.

Joining the Norfolk-based aircraft carrier USS Theodore Roosevelt (CVN-71) in 1994, he qualified as a Tactical Action Officer. He also served as the Operations Department Training Officer, and as Protocol Officer while temporarily assigned to the Carrier Group EIGHT staff. CDR Hendrix made two Mediterranean and Arabian Gulf deployments, and was named the ship’s Junior Officer of the Year in 1997.

In 1997 CAPT Hendrix reported to Patrol Squadron THIRTY, the P-3 Fleet Replacement Squadron, as an instructor. Assigned as Fleet Training Officer, he led efforts to introduce the Aircraft Improvement Program (AIP) throughout the Maritime Patrol Aviation community before reporting to Patrol Squadron EIGHT, in Brunswick, Maine, as the Aviation Maintenance Officer. While assigned to the Fighting Tigers, he made his fourth Mediterranean Sea deployment, earned Commander, Patrol and Reconnaissance Wing FIVE’s Crew of the Quarter designation, and contributed to his squadron winning the 2000 Battle Efficiency Award.

In 2001 CAPT Hendrix was named the Staff Assistant for Strategic Concepts for the Chief of Naval Operation’s Executive Panel (N00K). While on the personal staff of the CNO his efforts centered on Homeland Defense, Naval Aviation, and Navy Missile Defense.

Selected as the Navy Fellow to the Weatherhead Center for International Affairs at Harvard University in the summer of 2003, CAPT Hendrix focused on the use of naval power as an instrument of coercive diplomacy. He has been awarded a bachelor degree in political science, master's degrees from the Naval Postgraduate School (National Security Affairs) and Harvard University (History) and received his doctorate from King’s College, London (War Studies).

CAPT Hendrix commanded Tactical Air Control Squadron ELEVEN, home ported at Naval Amphibious Base Coronado, California, deploying to the Arabian Gulf as Officer in Charge of Detachment Four in support of Expeditionary Strike Group THREE. Following a tour in the Office of the Undersecretary of Defense for Policy (Force Development) where he served as Executive Secretary for the Irregular Warfare Quadrennial Defense Review cell, Captain Hendrix was by name requested for assignment to the OSD Office of Net Assessment where he served as the Senior Military Assistant to the Director from September, 2009 to September 2011. In this position he assisted the Director on topics related to future capabilities and alternative security environments. From 2011-2012 Captain Hendrix served as the Director of the Secretary of the Navy’s Advisory Panel until ordered by the Secretary to NHHC.