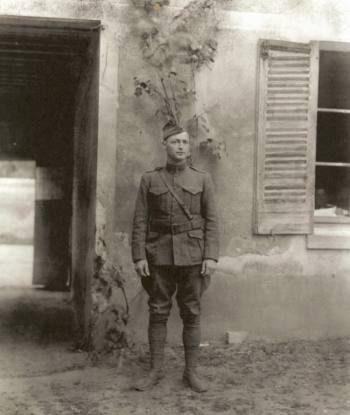 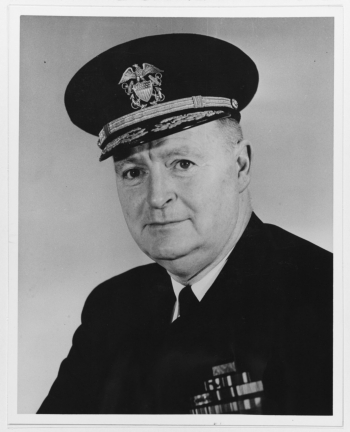 Photographed at a higher rank, during World War II. He was awarded the Congressional Medal of Honor for heroism while serving with the Fifth Marines in France, on 23 April 1918.

Alexander Gordon Lyle is one of two Navy dental officers to receive the Medal of Honor for heroism in battle during World War I.  Lyle served with the Fifth Regiment, U.S. Marines during World War I.    He earned his Medal of Honor and first Silver Star aiding a grievously wounded Marine on the French Front in April 1918.  In June 1918, he earned an Oak Leaf Cluster for gallantry in the Soissons Sector.  Lyle remained in the Navy following WWI and saw service with the Fourth Marine Regiment in the Yangtze River Valley in 1930.  In 1943, Lyle was promoted to the flag rank of Rear Admiral, becoming the first member of any of the armed services Dental Corps to obtain such high a rank.  In 1943, Lyle became Inspector General of Dental Activities for the Navy in the Bureau of Medicine and Surgery in Washington, DC.  Lyle received a Letter of Commendation from the Secretary of Navy for his leadership of the Navy’s dental program during the great enlargement of the services required by WWII.  Lyle established postgraduate training for Navy dental officers and technicians.  He retired from the Navy in 1948 as General Inspector (Dental) in BUMED.  He died in 1955 and his remains rest at Arlington National Cemetery.