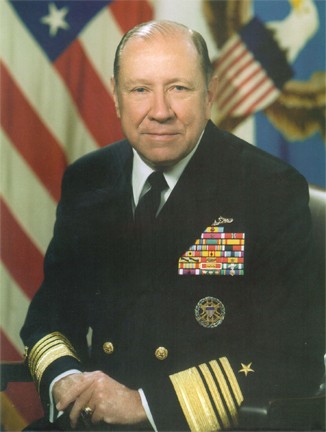 William Crowe was born on 2 January 1925 in La Grange, Kentucky, and grew up in Oklahoma City, Oklahoma. After graduating from Classen High School, he attended the University of Oklahoma. Inspired in part by his father's experiences in the Navy during World War I, Crowe entered the US Naval Academy, graduating in 1946 with the class of 1947.

His initial sea tour was aboard the USS Carmick (DMS-33). After completing submarine school in 1948, he qualified in submarines in March 1950 in the diesel submarine USS Flying Fish (SS-229). Almost all of his sea assignments over the next decade were on diesel submarines. In 1951 and 1952 Crowe served as Flag Lieutenant and Aide to the Commander of the US Atlantic Fleet's Submarine Force at New London, Connecticut.


After promotion to lieutenant in 1952 and another submarine tour, he served from 1954 to 1955 as Assistant to the Naval Aide to President Dwight D. Eisenhower. During this tour he attended George Washington University Law School at night. Crowe's assignment in Washington kindled an interest in the study of government, and he began to rethink his Navy career path. Enrolling in the only full-time graduate program then available in the Navy, he received a master's in personnel administration from Stanford University in 1956.

From Stanford, Crowe returned to sea as Executive Officer of the USS Wahoo (SS-565) in Honolulu, Hawaii. Promoted to lieutenant commander in January 1958, he became personal aide to the Deputy Chief of Naval Operations for Plans, Policy and Operations the following autumn. This appointment introduced him to the Navy's role in international politics and set his career direction.


In 1960 Crowe received his first command: the Navy's newest diesel submarine, the USS Trout (SS-566), based in Charleston, South Carolina. Promoted to commander in 1962, he was selected that year as one of the Navy's first candidates for a doctorate in the social sciences. Even the possibility of joining the prestigious nuclear submarine program did not dissuade him from his decision to pursue graduate studies. Crowe received a master's and a doctorate in politics from Princeton University.


After he received his Ph.D. in 1965, he returned to submarine duty as Chief of Staff to the Commander of Submarine Squadron THREE in San Diego, California. At the end of 1966 he was promoted to Commander of Division 31, which concentrated on anti-submarine operations. In 1967 he left San Diego to return to the Plans and Policy Deputy's Office, where he headed the East Asia and Pacific Branch of the Politico-Military Policy Division and was promoted to captain in July 1967. After the North Korean capture of the USS Pueblo in January 1968, he acted as the Navy's liaison with the State Department. His office drafted the repatriation plan for the captured crew, and, at the direction of Chief of Naval Operations (CNO) Admiral Thomas Moorer, Crowe conducted the investigation of the crew's treatment during captivity.


In 1970, at the age of forty-four, Crowe volunteered for service in Vietnam. He served first as an adviser and then as Senior Adviser to the Vietnamese Riverine Force in the Mekong Delta. He returned to Washington in 1971 as Director of the Office of Micronesian Status Negotiations and Deputy to the President's Personal Representative for Micronesian Status Negotiations in the Interior Department, an appointment which recognized his policy experience but seemed likely to sidetrack his career. However, the head of the 1973 rear admiral selection board argued that Crowe's experience as an advocate should outweigh his relative lack of sea duty. This coincided with a push by CNO Admiral Elmo Zumwalt for the promotion of officers with wider ranges of experience, and Crowe was promoted in July 1973.


Rear Admiral Crowe returned to the Pentagon, where he served as Deputy Director of the Strategic Plans, Policy and Nuclear Systems Division in the CNO's Office and then as Director, East Asia and Pacific Region, in the Office of the Assistant Secretary of Defense for International Security Affairs. In June 1976 he assumed command of the Middle East Force, based in Bahrain in the Persian Gulf.

Promoted to Vice Admiral in August 1977, he was appointed the Navy's Plans, Policy and Operations Deputy. After receiving his fourth star, Admiral Crowe became Commander in Chief of Allied Forces Southern Europe in May 1980 and assumed the additional responsibility of Commander in Chief of US Naval Forces, Europe in January 1983.

In July 1983 he became Commander in Chief of the Pacific Command (CINCPAC). When President Ronald Reagan stopped in Hawaii en route to China in the spring of 1984, he was so impressed with Crowe’s briefing on the military situation in the Far East that he reportedly told Secretary of Defense Caspar Weinberger that if another Chairman was needed, he had found him. When General Vessey decided to retire, Reagan named Crowe to replace him.

Admiral Crowe became the eleventh Chairman of the Joint Chiefs of Staff on 1 October 1985. He was the first since Admiral Radford to come directly from the helm of a unified command. On 1 October 1986 he became the first Chairman to serve under the Goldwater-Nichols Department of Defense Reorganization Act, which transferred considerable authority from the corporate JCS to the Chairman. After the law came into force, Crowe made the transition from being first among equals on the corporate body to being the principal military adviser to the President, the Secretary of Defense, and the National Security Council.

Admiral Crowe came to the chairman-ship at a time of increasing international terrorism. When Palestinian terrorists hijacked the Italian cruise ship Achille Laura a week after he was sworn in, US efforts to obtain custody of the hijackers were frustrated. Then, in December Americans were among those killed during terrorist assaults on the Rome and Vienna airports. In addition, Libyan leader Muammar Qaddafi, a principal sponsor of terrorism, had proclaimed a "Line of Death" one hundred miles off Libya's shore-well beyond its internationally recognized territorial waters. On Crowe's recommendation, the United States responded by adopting new rules of engagement; US units were allowed to respond to apparent threats rather than waiting until they were fired upon. This change led to the sinking of two Libyan patrol boats during a March 1986 Sixth Fleet exercise in the Gulf of Sidra. A week later, when terrorists bombed a West Berlin discotheque frequented by American soldiers, the United States attributed the attack to Qaddafi, and the Reagan administration decided to retaliate.

In deliberations over the US response, Crowe argued that the focus should be on Qaddafi's military capability. Although the decision to launch a night air strike that included command and control and terrorist targets resulted in an operation that was neither as focused nor as massive as Crowe had recommended, the 26 April raid on Libya led to an immediate reduction in the Libyan military presence in the Gulf of Sidra and in Libya's terrorist activities.

In October 1986 at a meeting with Soviet General Secretary Mikhail Gorbachev in Reykjavik, Iceland, President Reagan, without consulting the Joint Chiefs of Staff, proposed the elimination of all intercontinental ballistic missiles in ten years. Gorbachev accepted the proposal, but the summit adjourned without an agreement. On the President's return to Washington, the administration did not discuss the proposals with the Joint Chiefs. Nevertheless, Admiral Crowe thought that he had to bring the issue before the Chiefs. They agreed that the President proposal was "completely unacceptable" from the point of view of US national security. 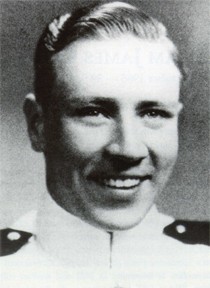 With only lukewarm support from Secretary Weinberger, who believed that the zero-ballistic-missile (ZBM) proposal would not be pursued, Crowe initiated discussion of the subject in a meeting of the National Security Planning Group (NSPG). He informed the President that the Joint Chiefs believed that it would be ill-advised to proceed with the ZBM proposal. The concept was, in fact, not pursued,and Admiral Crowe believed that his speaking out at the meeting bolstered his relationship with the other members of the NSPG.

During Crowe's tenure as Chairman there was heightened tension in the Persian Gulf region as a result of the Iran-Iraq War. In 1987 he was actively involved in the planning for Operation EARNEST WILL, the US reflagging and convoying of Kuwaiti tankers in the Persian Gulf to protect them from Iranian attack. Using the increased authority that Goldwater-Nichols gave the Chairman and the CINCs to design command and control arrangements, Crowe guided the creation of a joint task force to conduct the operation. In July 1988, when the USS Vincennes mistakenly shot down an Iranian civilian air liner, Crowe, supported by Secretary of Defense Frank Carlucci, urged immediate public disclosure of the shootdown. When the Secretary of State and the President agreed, Crowe was given the responsibility of making the announcement.

With the lessening of tensions between the United States and the Soviet Union in 1987, Admiral Crowe initiated a historic dialogue with his Soviet counterpart. When Chief of the Soviet General Staff Marshal Sergei Akhromeyev was in Washington in December 1987 for the signing of the Intermediate Nuclear Forces (INF) Treaty, Crowe invited him to the Pentagon, where Akhromeyev met with the Chairman and the other JCS members in "The Tank." A private Crowe-Akhromeyev meeting led to an agreement designed to prevent accidental armed conflict between US and Soviet armed forces and to a formal program of military-to-military dialogue between the services of the two countries. In the summer of 1988 Akhromeyev and the Soviet Service Vice Chiefs visited the United States at Crowe's invitation. When Crowe and the US Service Vice Chiefs returned the visit in June 1989, he and Akhromeyev's successor, General Mikhail Moiseyev, signed the Agreement on the Prevention of Dangerous Military Activities and a military-to-military contacts agreement. Crowe's initiatives did much to hasten the thaw in the Cold War.

After his retirement on 30 September 1989, Admiral Crowe became a counselor at the Center for Strategic and International Studies in Washington, DC, and University Professor of Geopolitics at the University of Oklahoma. He wrote his memoir, The Line of Fire; served on a number of corporate boards; and was a director of the Council on Foreign Relations. From 1990 until 1993 Crowe co-chaired the Carnegie Commission on Reducing the Nuclear Danger; he co-authored its 1993 report, Reducing Nuclear Danger: The Road Away from the Brink. In 1993 President William J. Clinton appointed him Chairman of the President's Foreign Intelligence Advisory Board. From 1994 until 1997 Crowe served as US Ambassador to the Court of St. James. Upon his return to Washington, DC, he became chairman of the advisory board of Capitoline/MS&L, a government relations firm, and then senior adviser to GlobalOptions, LLC, an international crisis management firm. He served on the Overseas Presence Advisory Panel and in 1998-1999 chaired the State Department Accountability Review Boards, appointed after the August 1998 bombings of the US embassies in Nairobi, Kenya, and Dar Es Salaam, Tanzania, to examine the embassies' security procedures. He taught political science at the Naval Academy, served as a trustee of Princeton University, and was Shapiro Visiting Professor of International Affairs at George Washington University. 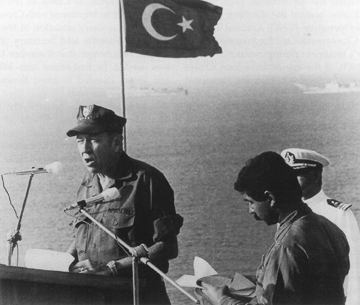 
Principal US Military Decorations and Qualifications 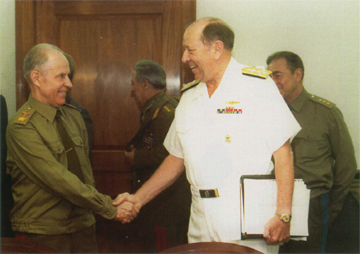