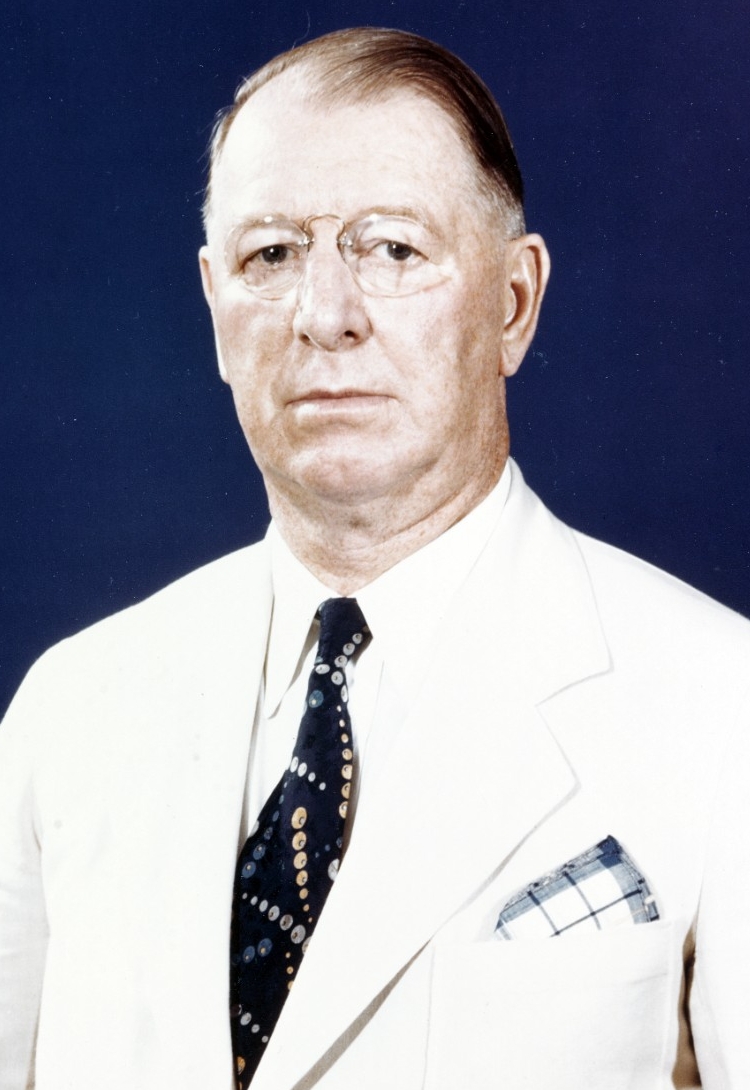 William Franklin Knox served his country in the three major military conflicts occurring during his lifetime from the level of private through Secretary of Navy.  Following the outbreak of war with Spain in 1898, Knox enlisted in the Michigan militia and joined the ranks of the First Regiment, U.S. Volunteers, the “Rough Riders,” as a private.   Knox participated in the charge up San Juan Hill.  After the Spanish-American War, Knox began working in the newspaper business as a political writer and publisher, associating himself with the Progressive Party.  By 1931 he was publisher of the Chicago Daily News.  He identified himself as a newspaperman for the remainder of his life.  In World War I, Knox served as an artillery officer in the 78th Infantry Division on the Western Front, where he fought in the major U.S. offensives.  By the end of WWI, he reached the rank of major and then was commissioned as a lieutenant colonel in the Army Reserve.  He was promoted to colonel in the Army Reserve in 1937 and held that commission on the inactive list until his death.  A strong advocate for maintaining a two ocean Navy in peacetime, President Franklin Delano Roosevelt nominated Knox as his Secretary of Navy in July 1940 after the resignation of Charles Edison.  Knox was confirmed on July 10.  Knox proved to be a hands-on Secretary of Navy, visiting the fleets in the various theaters of war.  Under his administration, the U.S. Navy grew rapidly in both personnel and equipment to meet the demands of global war.  Secretary Knox died of a heart attack in 1944 and was interred in Arlington National Cemetery.