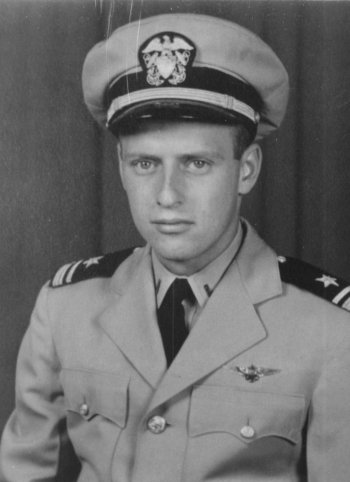 Throughout his career, Charles “Pete” Conrad Jr. assisted in setting multiple world records, including the establishment of the space endurance record which placed the United States ahead of the Soviets for man-hours in space during Gemini V. Following his 1953 graduation from Princeton University, where he earned a B.S. in Aeronautical Engineering, Conrad entered the Navy and became a Naval aviator. His last assignment was as Safety Officer for Fighter Squadron 142. Then after, that he attended the Navy Test Pilot School at Patuxent River, MD.  From 1959 - 1961 he was a flight instructor and performance engineer at the Naval Air Station there. In September of 1962, Conrad was selected to be an astronaut by NASA. His first flight was Gemini V. He next commanded  the Gemini XI mission, which set the world’s altitude record. For Conrad’s third mission, he commanded Apollo XII, the second lunar landing. For his final mission, Conrad commanded Skylab II, the first manned mission to the space station.  Conrad and is crew repaired damage caused to the space station during launch.  President Jimmy Carter awarded him the Congressional Space Medal of Honor in 1978 for his action in Skylab II.  In December of 1973, Conrad retired from the U.S. Navy after serving 20 years, 11 of which were with NASA. Throughout his time spent in the military, Conrad earned over 21 awards and commendations. Following his career in the Navy, Conrad went on to pursue a very successful career in the private sector, working in multiple organizations. On 8 July, 1999 Conrad passed away due to injuries sustained in a motorcycle accident.  His remains were interred in Arlington National Cemetery.