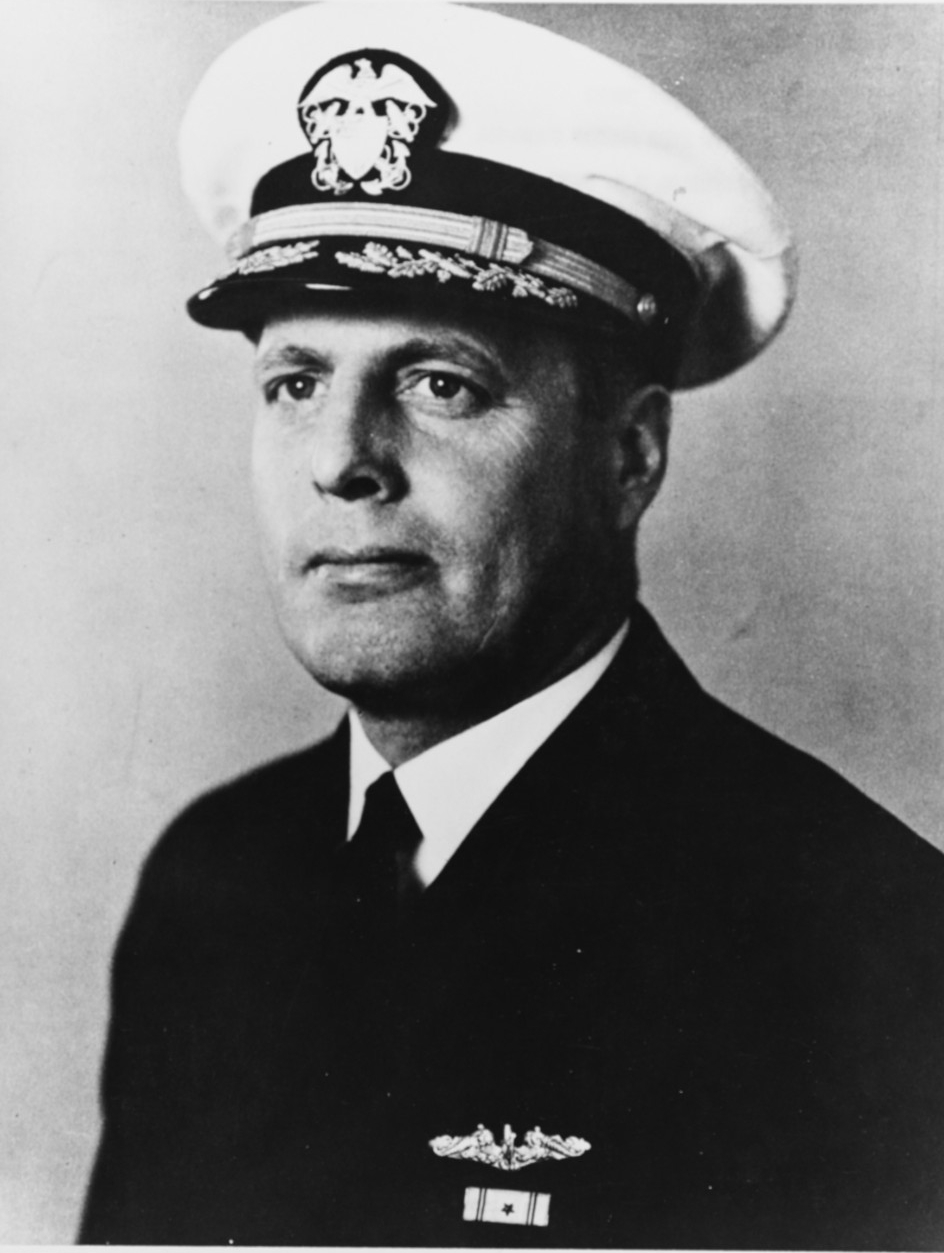 Download
Caption: Photographed circa 1943. He was lost with USS Sculpin (SS-191) on 19 November 1943 and was posthumously awarded the Medal of Honor for his actions at that time. This image was published in the book United States Submarine Losses in World War II. U.S. Naval History and Heritage Command Photograph 51733.

A 1924 graduate of the United States Naval Academy, Ensign John Cromwell’s first assignment was USS Maryland.  In June 1926 he reported to New London, Connecticut for submarine instruction and completed the course in January 1927.  He served on USS S-24 from his completion of submarine instruction through May 1929, and then went through three years of post-graduate instruction in diesel engineering.  Following his training, Cromwell successively served from 1932-1936 in USS Argonaut, USS Barracuda, and then at Submarine Base, Pearl Harbor.  Cromwell’s first submarine command was USS S-20 from May 1936-May 1937.  He next served as Engineer Officer on the staff of Commander, Submarine Division 4.  From June 1939 through May 1941, he was on duty with BUSHIPS in Washington, DC.  At the time of the attack on Pearl Harbor, Cromwell was Engineer Officer on the Staff of Submarine Commander, Pacific Fleet.  He assumed command of Submarine Division 203 on 5 August 1942, then Submarine Division 44 on 6 December 1942, and finally Submarine Division 43 (and temporarily also Division 44) on 19 October 1943.  While in Command of Submarine Division 43, his flagship was USS Sculpin SS-191).

Sculpin departed Hawaii on her ninth war patrol on5 November 1943 with orders to patrol north of Truk Island and intercept any Japanese forces moving to reinforce the Gilberts in advance of the 20 November Tarawa Invasion.  As Commander of the Submarine Task Group responsible for the covering mission, Cromwell alone was apprised of the overall submarine strategy, Fleet movements, and U.S. attack plans.  On 19 November, a wolf pack led by Sculpin engaged a large Japanese convoy northeast of Truk.  The attack failed, and in a five hour counter-attack, a well-placed string of 18 depth charges threw Sculpin out of control, forcing her down deep.  With a distorted hull, leaking cutboard valves, jammed torpedo tubes, and flooding hull, Sculpin needed to move at high speed to maintain its depth—making it easy for the Japanese destroyer Yokohama to track her.  With a nearly dead battery and water too deep for lying on the bottom, Sculpin’s commander, Fred Connaway and Captain Cromwell made the decision to surface and engage Yokohama with their three-inch gun, two 20 millimeter cannons, and the 50 caliber machine guns they could rig.    Sculpin’s topsides and conning tower were quickly reduced to shambles by the destroyer’s main battery, killing the commanding officer and many of the crew.  The boat’s senior officer remaining ordered the ship scuttled.  Informed of the decision, Cromwell responded that “I can’t go with you, I know too much.”  The risk of compromising the Gilbert operations by surrendering intelligence during torture was deemed too great for Cromwell.  He remained in Sculpin’s Control Room as the boat made its final dive with eleven men.  Forty-two Sailors from Sculpin were taken prisoner by the Japanese, twenty of these men, unfortunately, went down with the Japanese flat-top Chuyo when it was sunk by the USS Sailfish on 3-4 December.  Cromwell was posthumously awarded the Legion of Merit and Purple Heart.  Two years after his death, his heroism in the Sculpin’s final engagement was brought to light and the Captain was awarded the Medal of Honor.  His wife, Maragret, received his Medal of Honor with it being placed on his son John P. Cromwell, Jr. (USNA ’51).