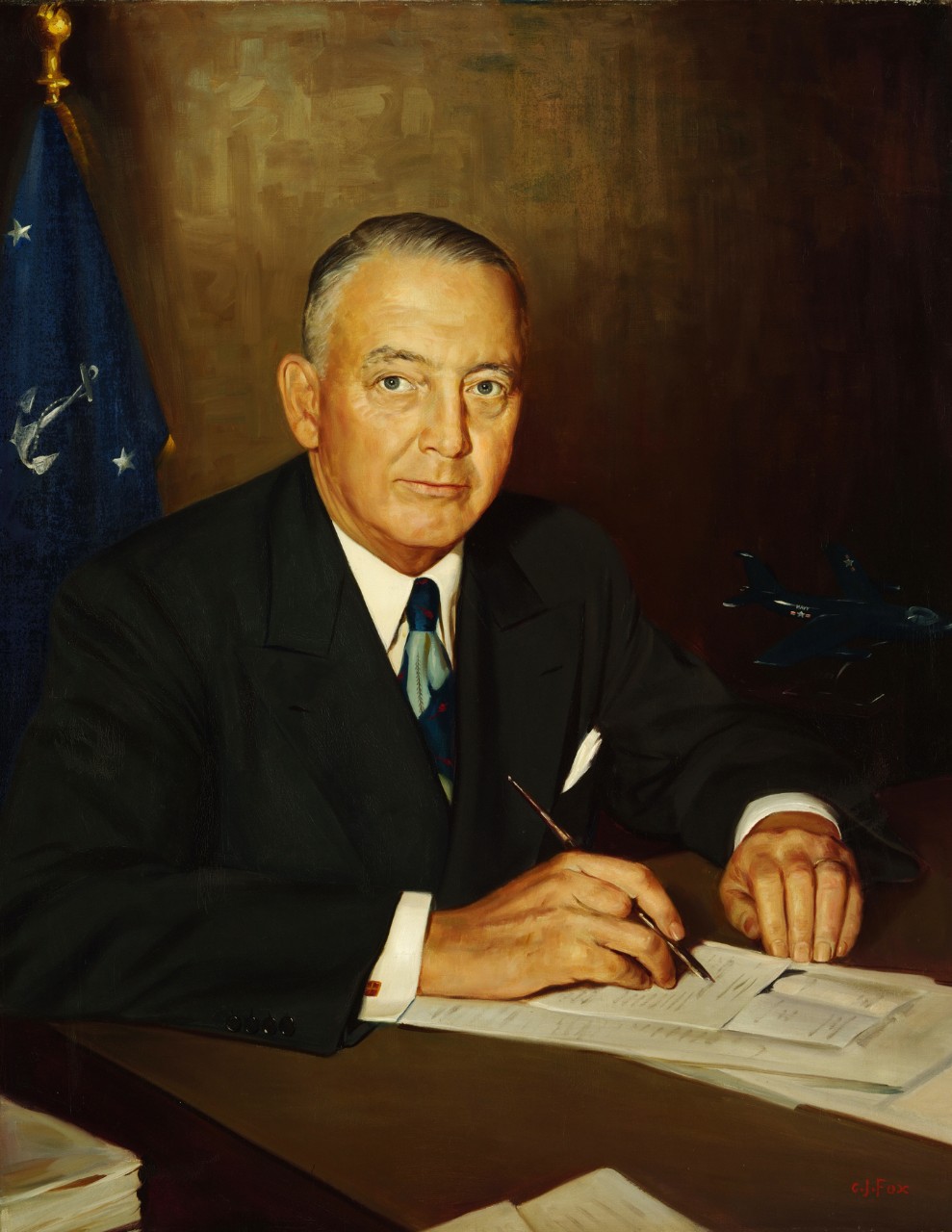 Dan A. Kimball, Secretary of the Navy, is a native of St. Louis, Missouri, but has been a resident of California for the past thirty­ five years. He was born in St. Louis on March 1, 1896, the son of John H. and Mary Able Kimba11. Both parents were of pioneer families  in the Mississippi-Missouri river valleys.

Mr. Kimball attended the public schools in St. Louis and played football, while working part time after school hours as a mechanic on electric automobiles--an innovation of that era. He left school for full time employmont and completed his education through correspon­ dence courses and independent study.

Shortly ofter the outbreak of World War I, Mr. Kimball joined the Army Air Corps and went through flight training with a group which included General James H. Doolittloe. Later, Mr. Kimball was in charge of flying at several fields in Florida. At the war's end, Major General Horace H. Hickam (in whose honor Hickam Air Force Base, Hawaii, is named) urged him to stay in the Air Corps, but he decided to enter business and was mustered out as a first lieutenant.

In 1920 he became Los Angelos manager for the General Tire and Rubber Company, and rose to be vice president of the corporation in 1942. In 1925 he and the former Dorothy Ames, of Chicago, were married. They have no children.

Mr. Kimball was long-time manager of the General Tire and Rubber Company's interests in eleven western states. In 1944, General Tire placed him in immediate charge of the Aerojet Engineering Corporation, at Azusa, California, which is a corporate subsidiary of General Tire.

As head of the Aerojet Engineering Corporation, Mr. Kimball took a leading part in the development of rockets and other advanced means of propulsion. Among the products which Aerojet developed was the equipment for jet-assisted takeoffs of aircraft and the motors and propellants for rockets and guided missiles.

After his World War I pilot training, Mr. Kimball never lost interest in aviation. He holds a private pilot's license, and until he entered the Navy Department, piloted his own plane, a North American Navion. Now, his principal hobby is golf, and his scores are usually in the low 80's.