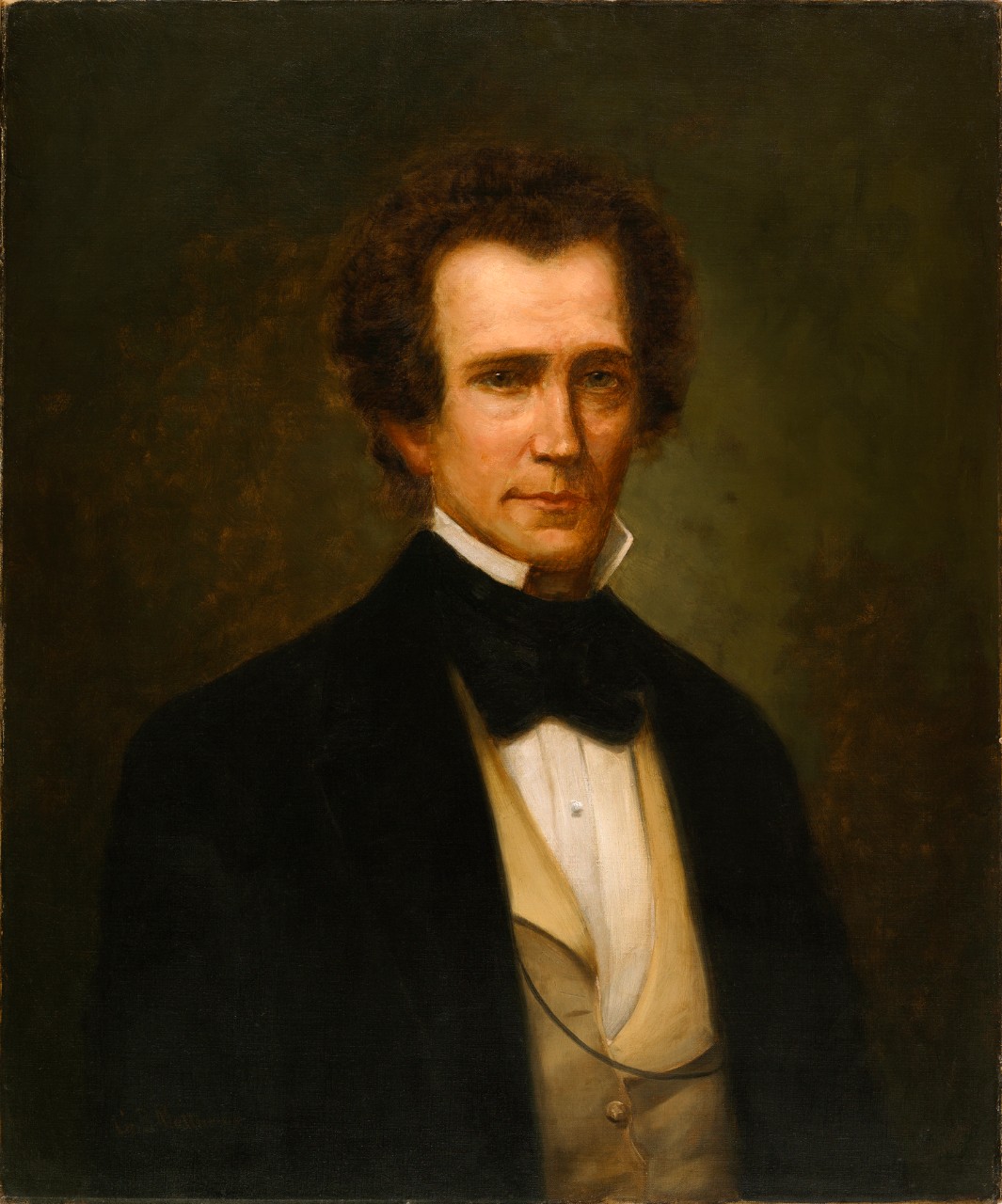 Graduated from University of North Carolina in 1832.  Admitted to the bar in 1835, and practiced in Fayetteville.

Secretary of the Navy under President Franklin Pierce, 1853-1857.

Mr. Dobbin found the Navy the “Rip Van Winkle of our National defenses”, and set about reform in all its branches, presenting its necessities to Congress, and that body adopted every recommendation presented by him during his term of office.  To him may be given the credit of the apprentice system, the inauguration of a retired list for officers unable to perform active duty, the law for increased pay to seamen and the honorable discharges for good conduct, showing a sympathetic interest in all the concerned their welfare and commending their good conduct on long and hard cruises, in letters to be read to them by their commanders.

He was a firm believer in a strong Navy, and regarded the “increase of naval strength not as a war, but as a peace measure.”

The noblest marks left behind him when he retired from office were the six first class steam frigates authorized upon his suggestion and constructed under his direction for he gave to them his personal attention in every detail.

Admiral Dewey said: “During his (Dobbin’s) administration we built 18 of the finest ships of their class that there were in the world.”

“In my opinion Mr. Dobbin was one of the ablest secretaries of the Navy the country ever had.”

Under his auspices the Perry Expedition was carried to a successful termination and the Treaty with Japan made.