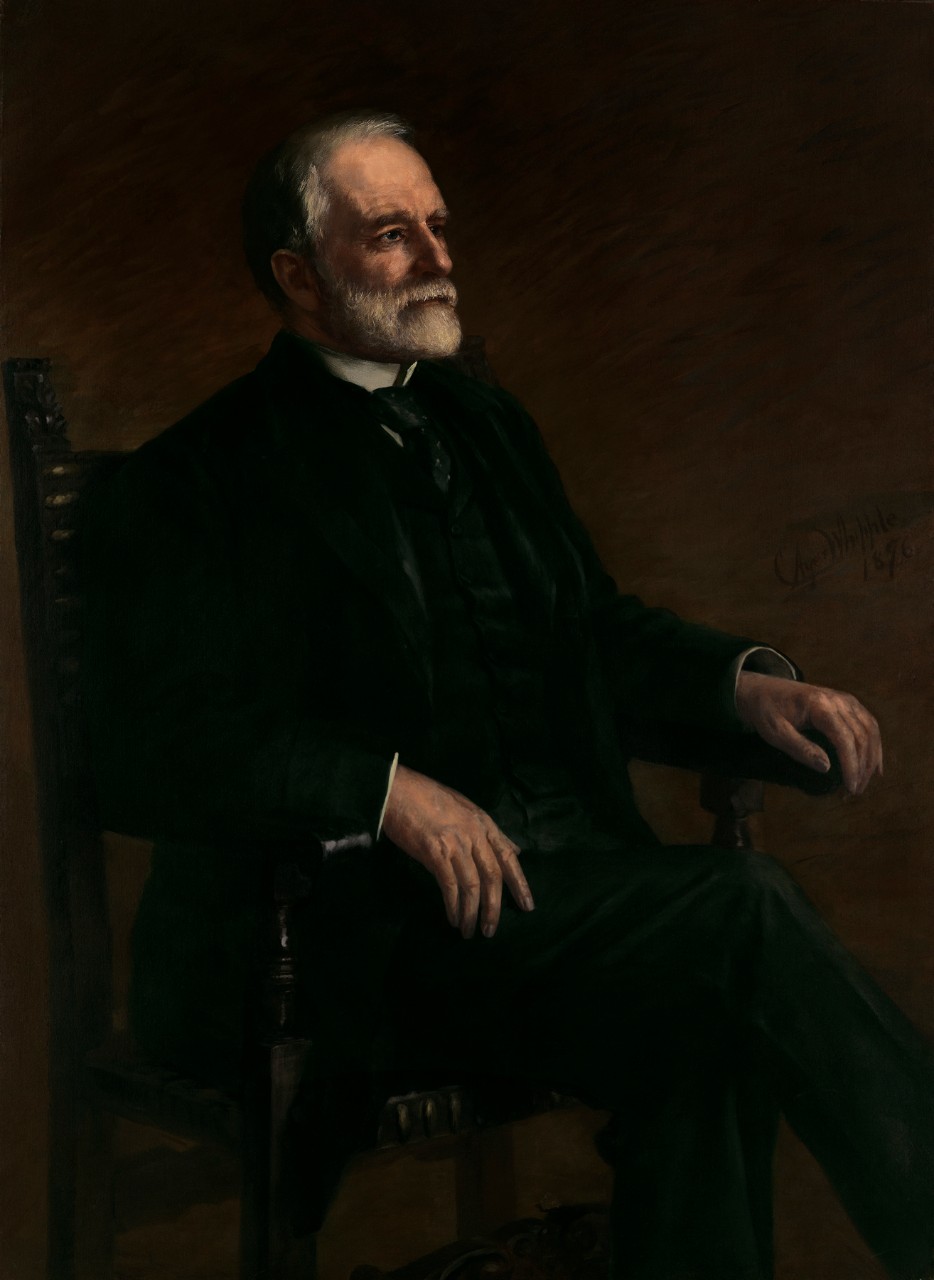 Tracy Benjamin Franklin (l830-l9l5) An American lawyer, soldier, and cabinet officer, born at Owego, N.Y. Died in New York, 6 Aug. 1915. He was educated at Owego Academy and was admitted to the bar in 1851. In 1853 he was elected on the Whig ticket as district attorney of  Tioga County and in 1856 reelected. Prior to this he took an active part in the formation of the Republic party in his state. In 1861 he was elected to the State Assembly. In 1862 he was recruited the 109th and 137th New York Volunteer and became colonel of the former. For his gallantry in the battle of Wilderness he received the congressional medal of honor in 1895. Wounded in this battle, he was compelled to relinquish his command, but within year he again entered the army as colonel of the 127th United States Regiment of negro troops. Subsequently he commanded the prison camp at Elmira and at the close of hostilities was brevetted brigadier general of volunteers. From 1866 to 1873 he was United States District Attorney for the Eastern District of New York and from 1881 to 1883 was associated judge of the State Court of Appeals. As Secretary of the Navy in President Harrison's cabinet (1889-93) he did such important work in increasing the number of battleships and raising the standards of the service to a high level that he has been called the "father of the Navy."  In 1893 he resumed his law practice in New York and in 1897 was the unsuccessful Republican candidate for mayor of New York City. In 1899 he was counsel for Venezuela before the Anglo-Venezuelan Boundary Arbitration Commission. For many years he was head of the law firm of Tracy, Boardman, and Platt; this he left in 1900 to associate himself with Coudert Brothers. At the age of 83 he argued a case before the United States Supreme Court.