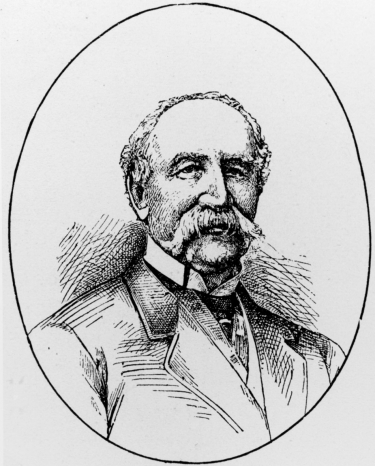 1847: Attached to the steamer Princeton, Home Squadron, engagement with Mexican soldiers at Rio Aribique while assisting to water the Princeton.

Civil War:
1862-63. Attached to the South Atlantic Blockading Squadron, in command of the Keystone State. Took part in the capture of Fernandina, Florida, and operations and engagements in Charleston Harbor, the most notable being the engagement with the Confederate ironclads Palmetto State and Chicora on the morning of 31 January 1863. The Keystone State made a gallant fight but was disabled by a shot from the enemy which passed through both steam chests, disabling the boilers and rendering the ship powerless. She was struck ten times by rifle shot and at one time the escaping steam hid the captain from view, where he stood on the bridge, and he was thought to have been killed. His skillful management kept the ship afloat until one of the other vessels of the squadron could come to her aid and tow her to Port Royal. Twenty of the crew of the Keystone State were killed and twenty wounded in this battle, and the other vessel directly attacked was disabled and forced to surrender.

Admiral Du Pont commended captain Le Roy's handling of his vessel and attempt to run down his adversary saying "had not your ship been unfortunately disabled at a most critical time, you would have succeeded in destroying one of the ironclads, even at the risk of losing your vessel."

1864-65: Commanded the Ossipee, West Gulf Blockading Squadron. In the Battle of Mobile Bay the Ossipee was struck many times. Was about to run down the Confederate ironclad Tennessee when she surrendered 5 August 1864.

1867: Fleet Captain of the European Squadron.