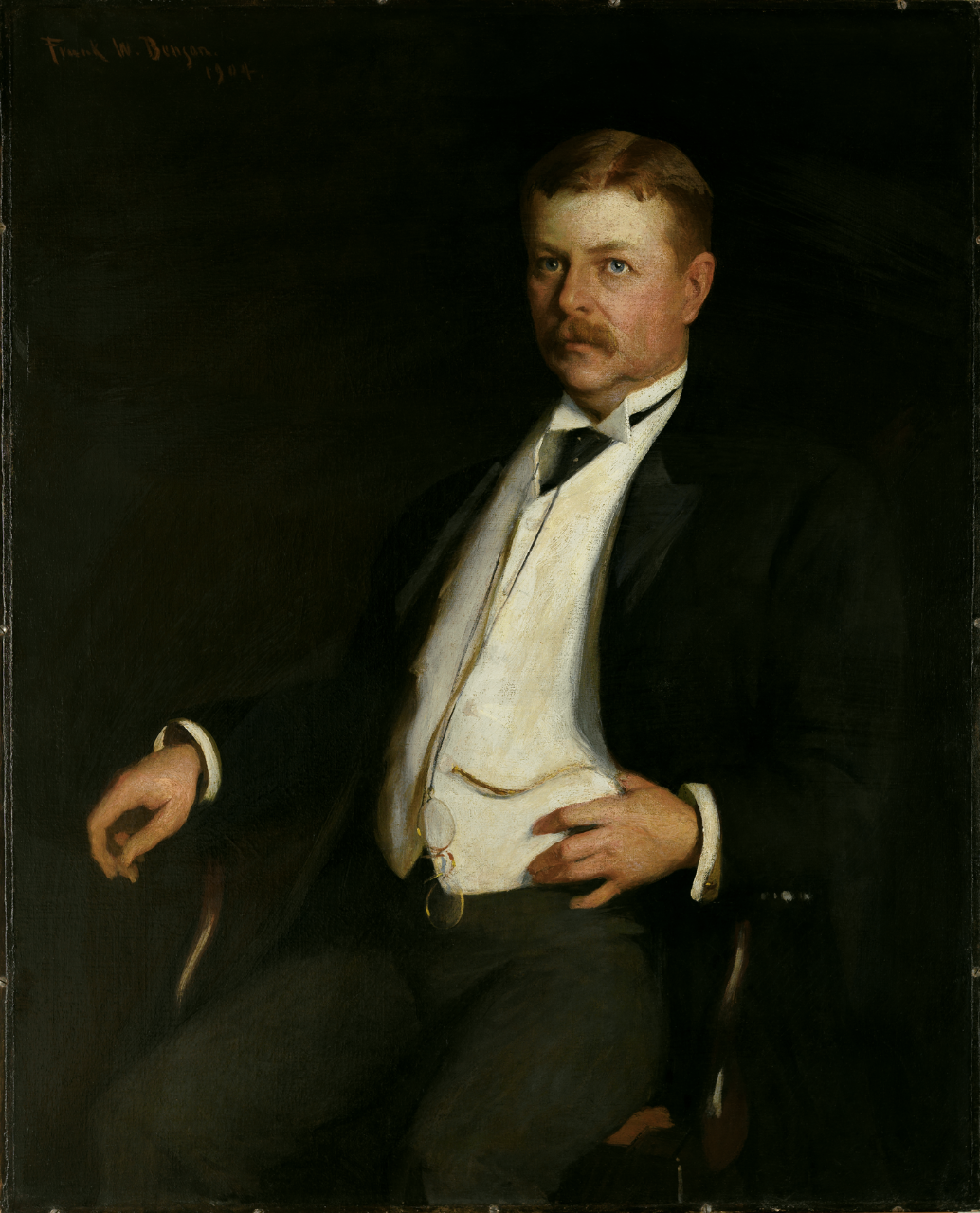 Moody, William Henry, Born 23 December 1853. Died 2 July 1917. An American public official and Jurist. He was born in Newberry, Essex Co. Mass., graduated at Phillips Academy (Andover, Mass.) in 1872 and at Harvard in 1876, and studied law in the office of Richard H. Dana. From 1890 to 1895, while district attorney for the Massachusetts Eastern District, he carried through successfully the prosecution of boodling aldermen in the city of Lawrence. In 1895 he was elected by the Republican party to fill the vacancy in the House of Representatives caused by the death of General Cogswell, and he was thrice re-elected. As Congressman he made a reputation by his knowledge of parliamentary procedure and by his preseverance in debate. As a member of the Committee of Appropriations he had special charge of the Sundry Civil Appropriation Bill. He was regarded as a very able man. In 1902, on the resignation of J.D. Long, President Roosevelt appointed him Secretary of the Navy. His service continued until 1904, when he was made Attorney-general. In 1906 he was appointed Associate Justice of the Supreme Court, but because of prolonged ill health he was retired by special Act of Congress in 1910.