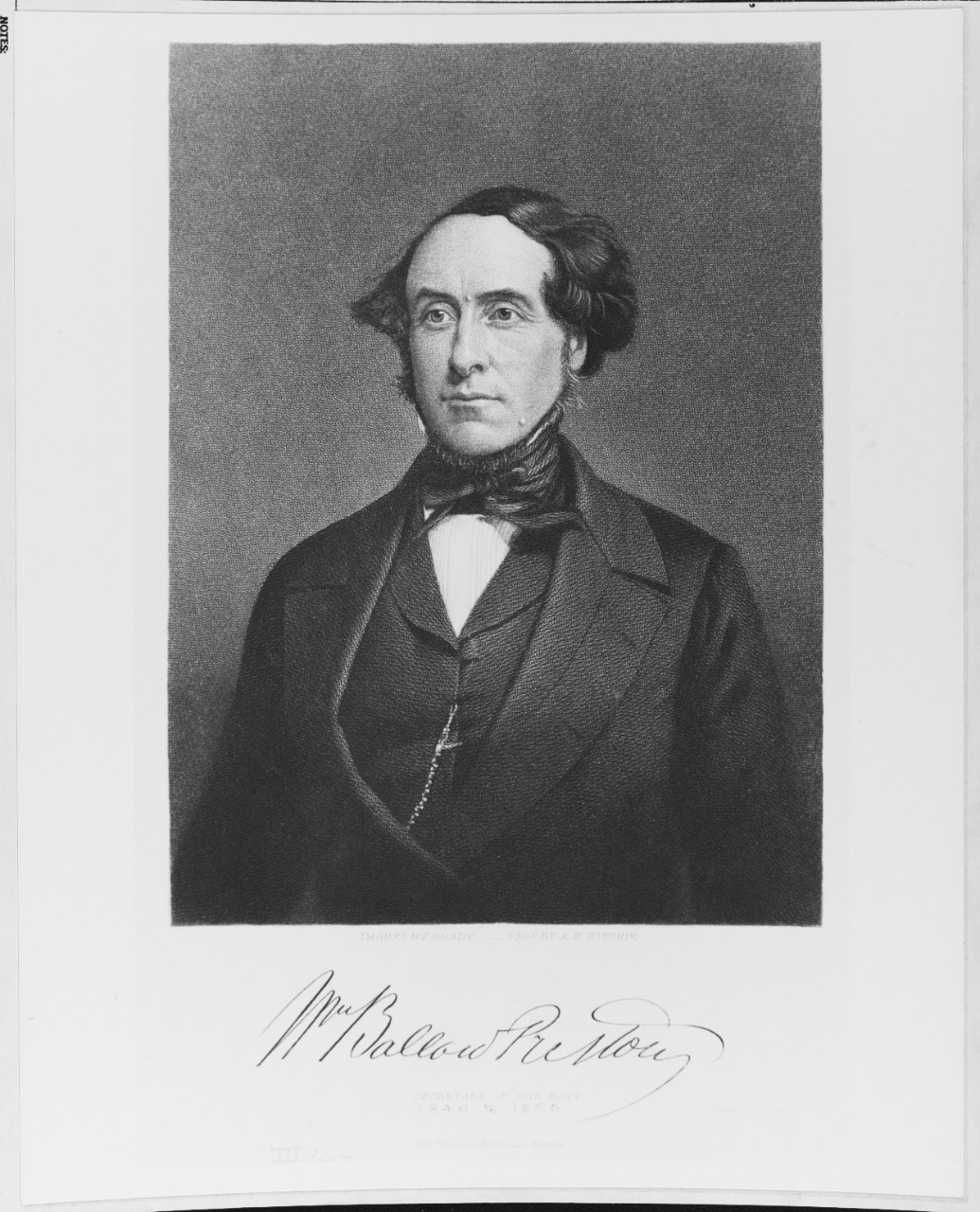 Secretary of Navy- born in Smithfield, Montgomery Co., Va., 25 November 1805; died there 16 November 1862, was educated at the University of Virginia, adopted law as a profession, and achieved signal success in its practice. He served several times in the Virginia House of  Delegates and Senate, and was never throughout his career defeated in any popular election. He was chosen to Congress as a Whig in 1846, and on the accession of General Zachary Taylor to the presidency he held the portfolio of the Navy until General Taylor's death, when he  retired to private life, but was several times presidential elector on the Whig ticket. He was sent by the government on a mission to France 1858-9, the object of which was to establish a line of steamers between that country and Virginia, and a more extended commercial relation between the two countries. The scheme failed on account of the approaching civil war. He was a member of the Virginia secession convention in 1861, and resisted all efforts toward the dissolution of the Union till he was satisfied that war was inevitable. In 1861-2, he was a member of the Confederate senate, in which he served until his death.