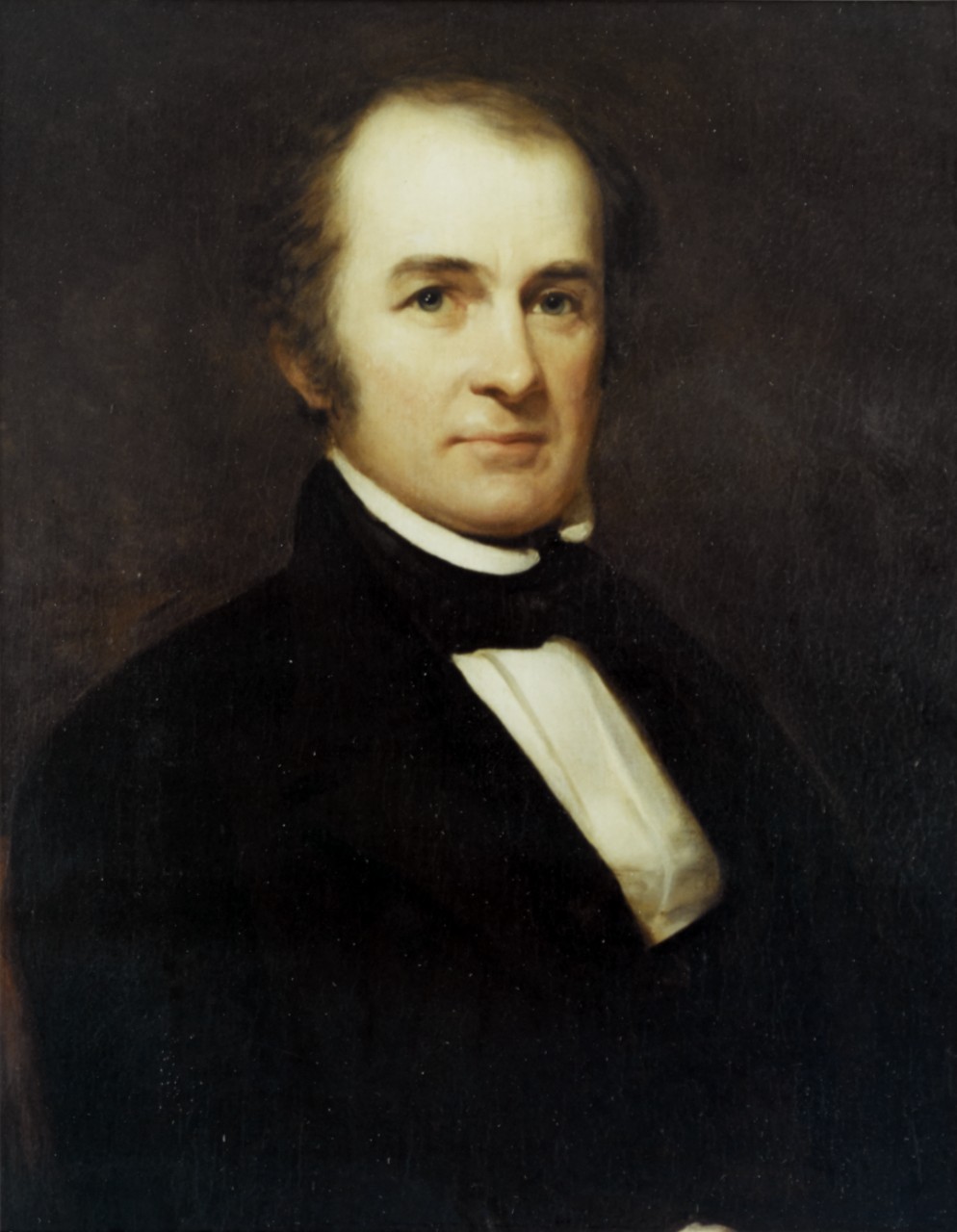 George Edmund Badger was Secretary of the Navy from March to September 1841.

In 1816 he was elected to the state legislature, and devoted the next four years of his life to law and legislation. From 1820 to 1825 he was judge of the North Carolina superior court at Raleigh. In 1840 he was a prominent advocate of the election of General Harrison to the presidency, and in March 1841, was appointed Secretary of the Navy. On the death of President Harrison, and the separation of Mr. Tyler from the Whig party, Mr. Badger resigned, giving the veto of President Tyler on the second bank bill as his reason. The Whigs of North Carolina returned him at the first opportunity to the Senate. He was elected to fill a vacancy in 1846, and in 1848 was reelected for a full term. In 1853 President Fillmore nominated him as a judge of the US Supreme Court, but the Senate refused to confirm the nomination. At the expiration of his senatorial term he retired from public life and devoted himself wholly to his profession. In February 1861, when the proposition to hold a convention for the purpose of seceding from the Union was submitted to the people of his state, he consented to serve as a union candidate if the convention should be called. The proposition was defeated by the people; but when, in May 1861, the convention was finally called, he served in it as a representative from Wake County. He spoke ably in defense of the union, and after the ordinance of secession was passed was known as a member of the conservative party. Mr. badger was a vigorous speaker, but wrote little. He excelled in debate and was a man of profound research.

1) LS dated 31 May 1841. Accepting Commodore Charles Morris's resignation as member of the Board of Navy Commissioners.

2) DS dated 17 August 1841. Signs as testimony that the Chief Clerk's signature is valid. Circular forwards a certified copy of a medal presented to Stephen Decatur for his gallantry in the action with the British frigate Macedonian. (Medal not present.)