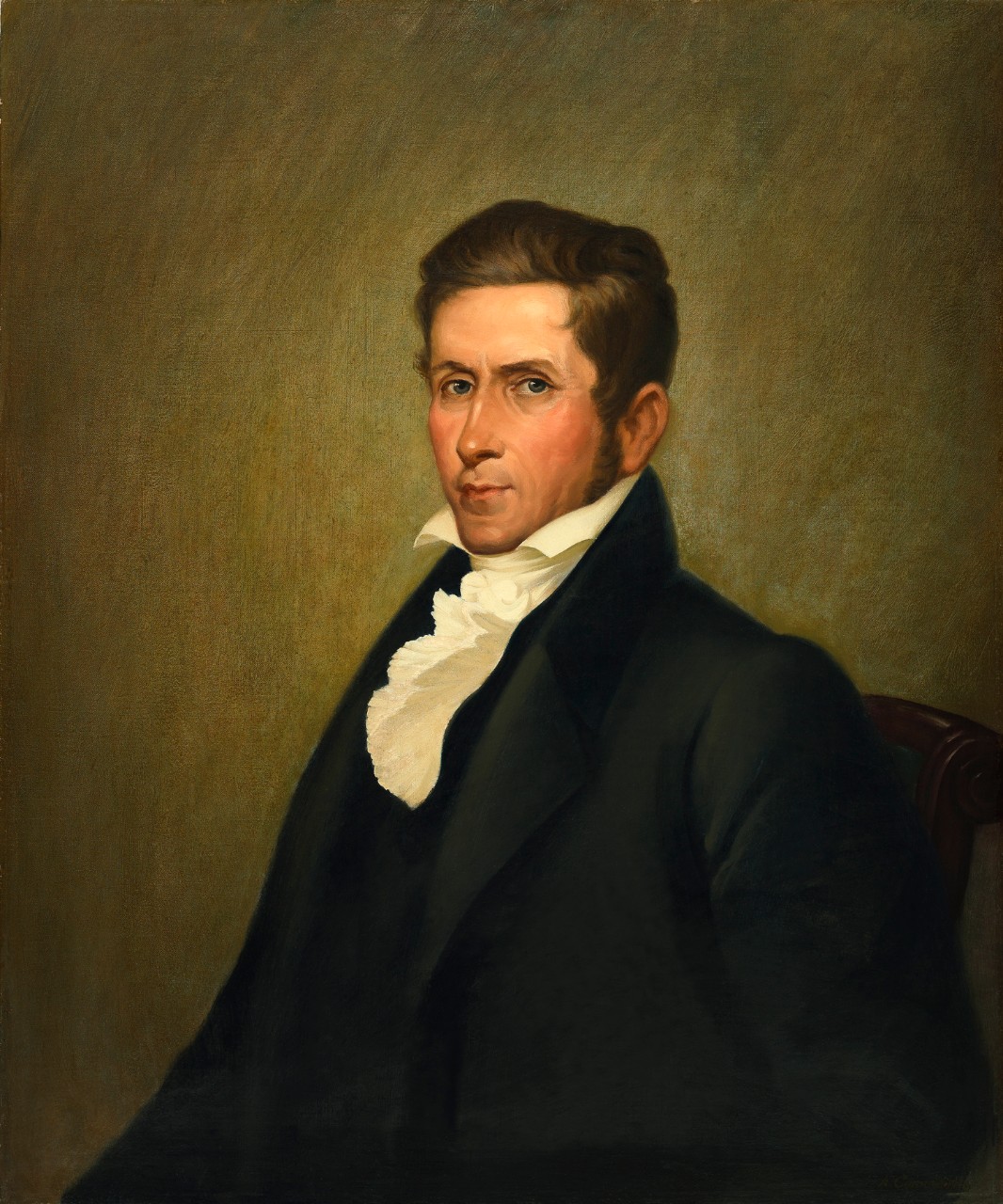 Mahlon Dickerson served as Secretary of the Navy from 1834 until 1838, under two administrations.

He graduated from Princeton in 1789, studied law, and was admitted to the bar in 1793, practicing with success in Philadelphia. In 1805-8 he was quartermaster-general of Pennsylvania, and in 1809-10 recorder of the city court of Philadelphia.

He returned to New Jersey, becoming a judge of the Supreme Court and chancellor, and was selected a member of the legislature, 1811-13. In 1815 he was elected Governor of New Jersey, and at the close of his term was sent to the US Senate. He was repeatedly re-elected, serving from 1 December 1817 till 2 March 1833.

President Jackson appointed him on 30 June 1834 as Secretary of the Navy, in which post he was continued by President Van Buren, serving till 30 June 1838, when he was succeeded by James K. Paulding. He subsequently served for a few months on the bench of the US District Court for the district of New Jersey, and was a delegate to the State constitutional convention in 1844.

In 1846-8 he was president of the American Institute. He was largely interested in the mining and manufacture of iron in Morris County, and although a states-right democrat, advocated the Protective tariff in Congress. He published "Speeches in Congress, 1826-46."