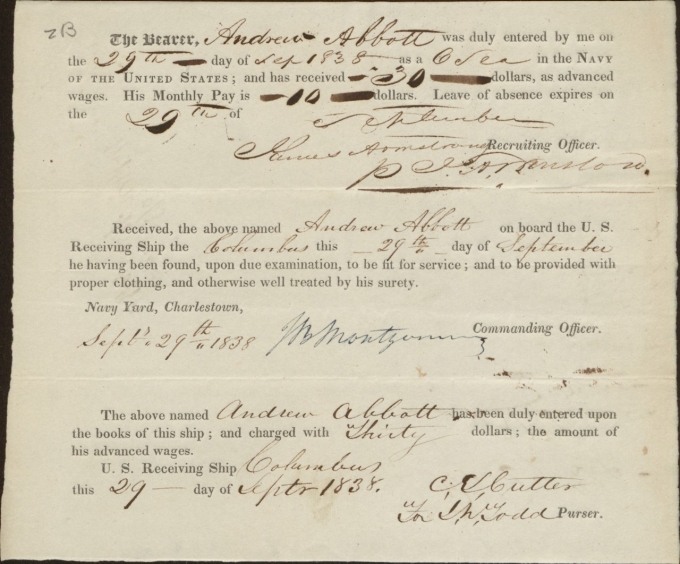 The Bearer, Andrew Abbott was duly entered by me on the 29th day of Sep 1838 as a O[rdinary] Sea[man] in the NAVY OF THE UNITED STATES; and has received 30 dollars, as advanced wages. His Monthly Pay is 10 dollars. Leave of absence expires on the 29th of September

Received, the above named Andrew Abbott on board the U. S. Receiving Ship the Columbus this 29th day of September he having been found, upon due examination, to be fit for service; and to be provided with proper clothing, and otherwise well treated by his surety.

The above named Andrew Abbott has been duly entered upon the books of this ship; and charged with thirty dollars; the amount of his advanced wages. 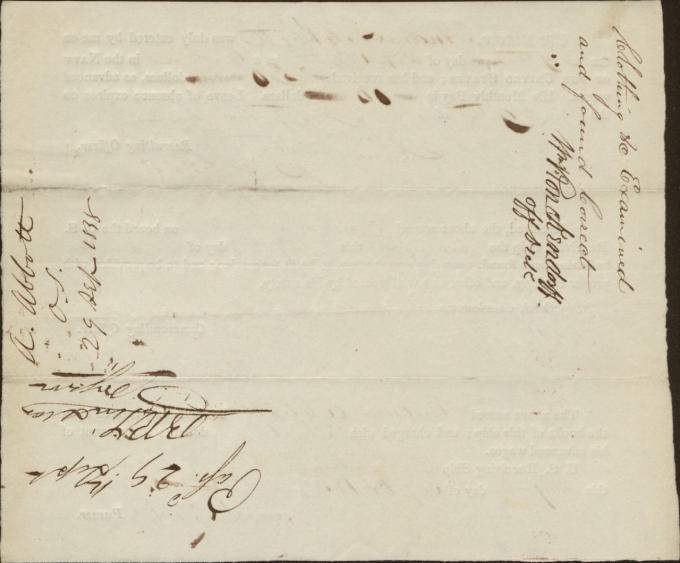