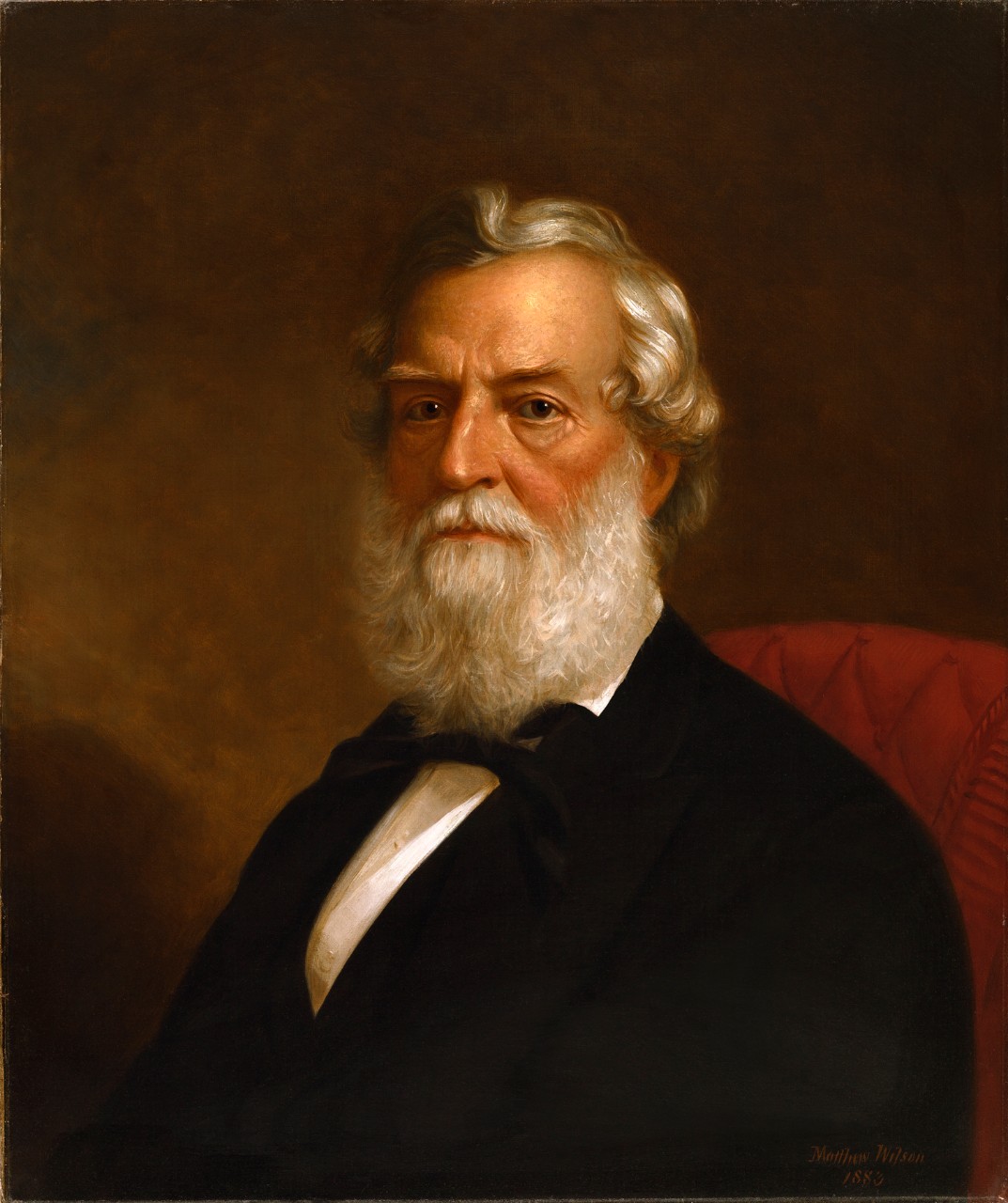 Secretary of the Navy, born in Glastonbury, Conn., 1 July 1802; died in Hartford, Conn., 11 February 1878, entered Norwich university,  Vt., but, without being graduated, began to study law. In 1826 he became editor and part-owner of the Hartford "Times," with which he  remained connected till 1854, though he retired from the responsible editorship in 1836.  He made his paper the chief organ of the Democratic party in the state.  It was first to advocate the election of Andrew Jackson to the presidency, and earnestly upheld his administration. Mr. Welles was a member of the legislature in 1827-35, and both in that body and in his journal attacked with severity the proposed measure to exclude from the courts witnesses that did not believe in a future state of rewards and punishments.  He also labored  for years to secure the abolition of imprisonment for debt, opposed special and private legislation, and secured the passage of general  laws for the organization of financial corporations.  He began an agitation for low postage before the subject had begun to attract general attention.  He was chose comptroller of the state by the legislature in 1835, and elected to that office by popular vote in 1842 and 1843, serving as postmaster of Hartford in the intervening years.  From 1846 till 1849 he was chief of the bureau of provisions and  clothing in the navy department at Washington.  Mr. Welles had always opposed the extension of slavery.  He identified himself with the  newly formed Republican party in 1855, and in 1856 was its candidate for Governor of Connecticut.  In 1860 he labored earnestly for the election of Abraham Lincoln and on the latter's election Mr. Welles was given the portfolio of the Navy in his cabinet.  Here his executive ability compensated for his previous lack of special knowledge, and though many of his acts were bitterly criticized, his administration was popular with the navy and with the country at large.  His facility as a writer made his state papers more interesting than such documents usually are.  In his first report, dated 4 July 1861, he announced the increase of the effective naval force from forty-two to eighty-two vessels.  This and the subsequent increase in a few months to more than 500 vessels were largely due to his energy. In the report that has just been mentioned he also recommended investigations to secure the best iron-clads, and this class of vessels was introduced under his administration.  In the cabinet Mr. Welles opposed all arbitrary measures, and objected to the declaration of a blockade of southern ports, holding that this was a virtual acknowledgment of belligerent rights, and that the preferable course would be to close our ports to foreign commerce by proclamation.  By request of the President, he presented his ideas in writing; but the cabinet finally yielded to the views of Sec. Seward.  Early in the war, 25 September 1861, he ordered that the negro refugees that found their way to US vessels should be enlisted in the navy.  He held his post till the close of President Johnson's administration in 1869.  In 1872, be acted with the Liberal Republicans, and in 1876 he advocated the election of Samuel J. Tilden, afterward taking strong grounds against the electoral commission and its decision.  After his retirement from office he contributed freely to current literature on the political and other events of the civil war, and provoked hostile criticism by what many thought his harsh strictures on official conduct.  In 1872 he published an elaborate paper to show that the capture of New Orleans in 1862 was due entirely to the Navy, and in 1873 a volume entitled "Lincoln and Seward."