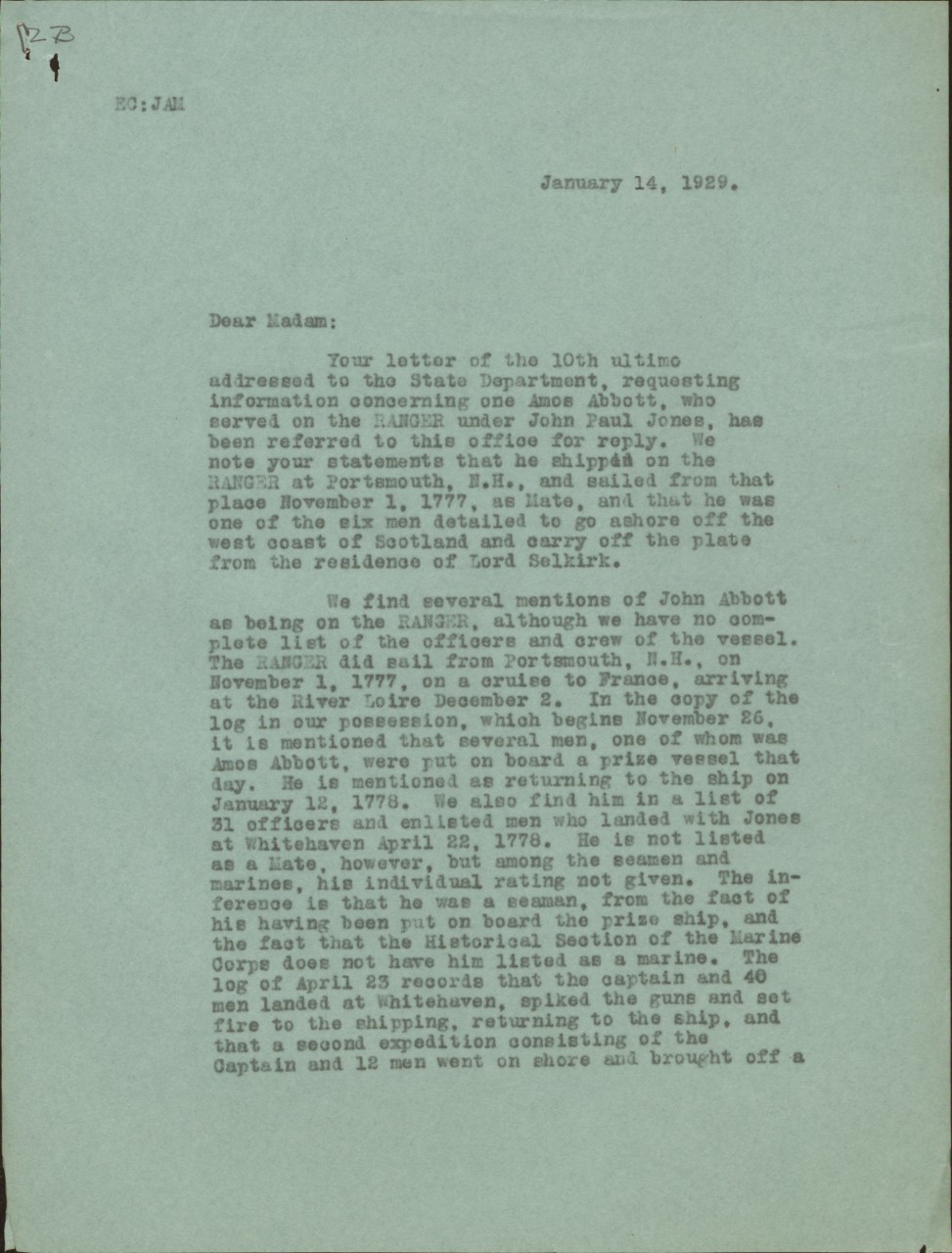 Your letter of the 10th ultimo addressed to the State Department, requesting information concerning one Amos Abbott, who served on the RANGER under John Paul Jones, has been referred to this office for reply. We note your statement that he shipped on the RANGER at Portsmouth, N.H., and sailed from that place November 1, 1777, as Mate, and that he was one of the six men detailed to go ashore off the west coast of Scotland and carry off the plate from the residence of Lord Selkirk.

We find several mentions of John Abbott as being on the RANGER, although we have no complete list of the officers and crew of the vessel. The RANGER did sail from Portsmouth, N.H., on November 1, 1777, on a cruise to France, arriving at the River Loire December 2. In the copy of the log in our possession, which begins November 26, it is mentioned that several men, one of whom was Amos Abbott, were put on board a prize vessel that day. He is mentioned as returning to the ship on January 12, 1778. He is not listed as a Mate, however, but among the seamen and marines, his individual rating not given. The inference is that he was a seamen, from the fact of his having been put on board the prize ship, and the fact that the Historical Section of the Marine Corps does not have him listed as a marine. The log of April 23 records that the captain and 40 men landed at Whitehaven, spiked the guns and set fire to the shipping, returning to the ship, and that a second expedition consisting of the Captain and 12 men went on shore and brought off a 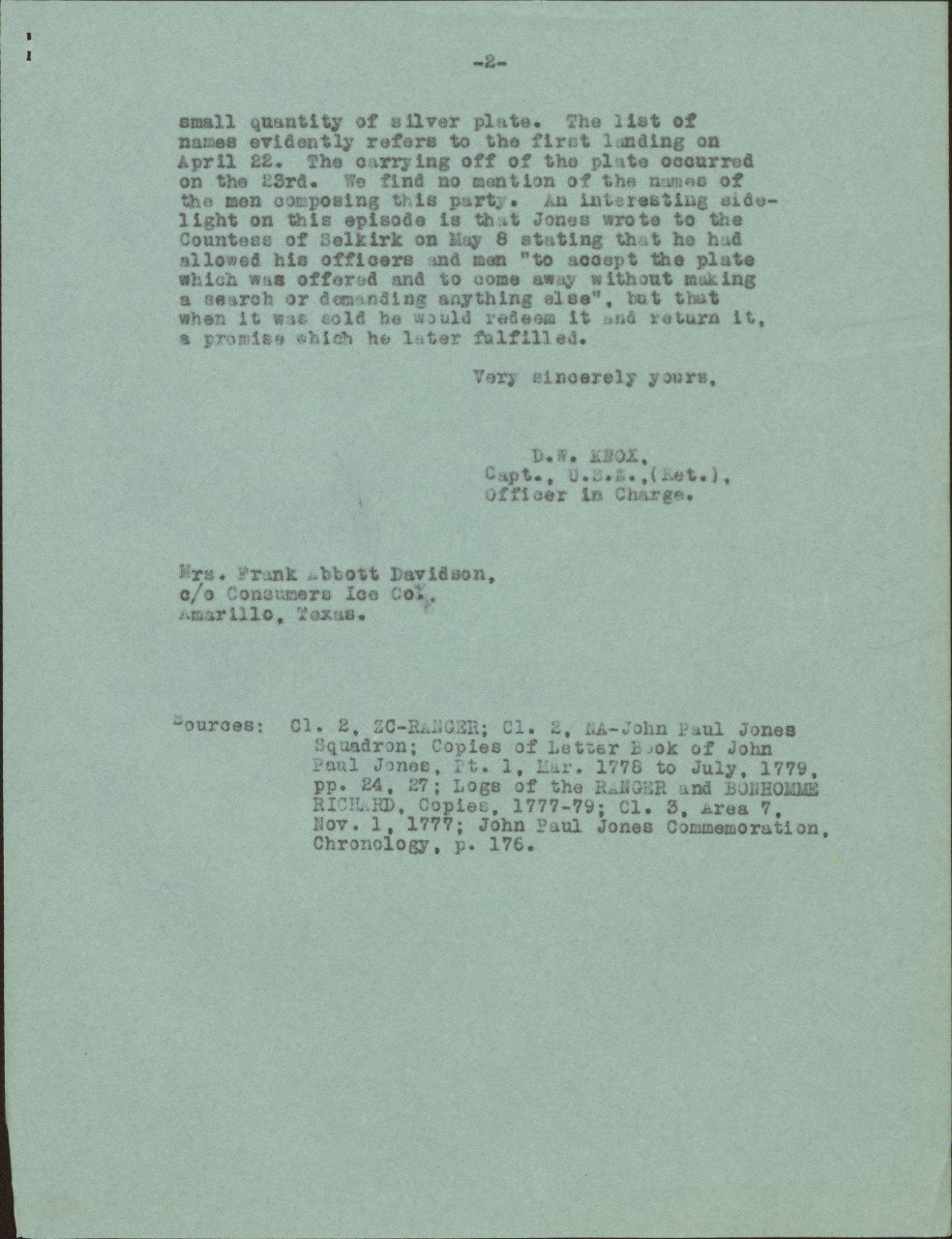 small quantity of silver plate. The list of names evidently refers to the first landing on April 22. The carrying off of the plate occurred on the 23rd. We find no mention of the names of the men composing this party. An interesting sidelight on this episode is that Jones wrote to the Countess of Selkirk on May 8 stating that he had allowed his officers and men "to accept the plate which was offered and to come away without making a search or demanding anything else", but that when it was sold he would redeem it and return it, a promise which he later fulfilled.