Located in the Rare Book Room at the Navy Department Library. 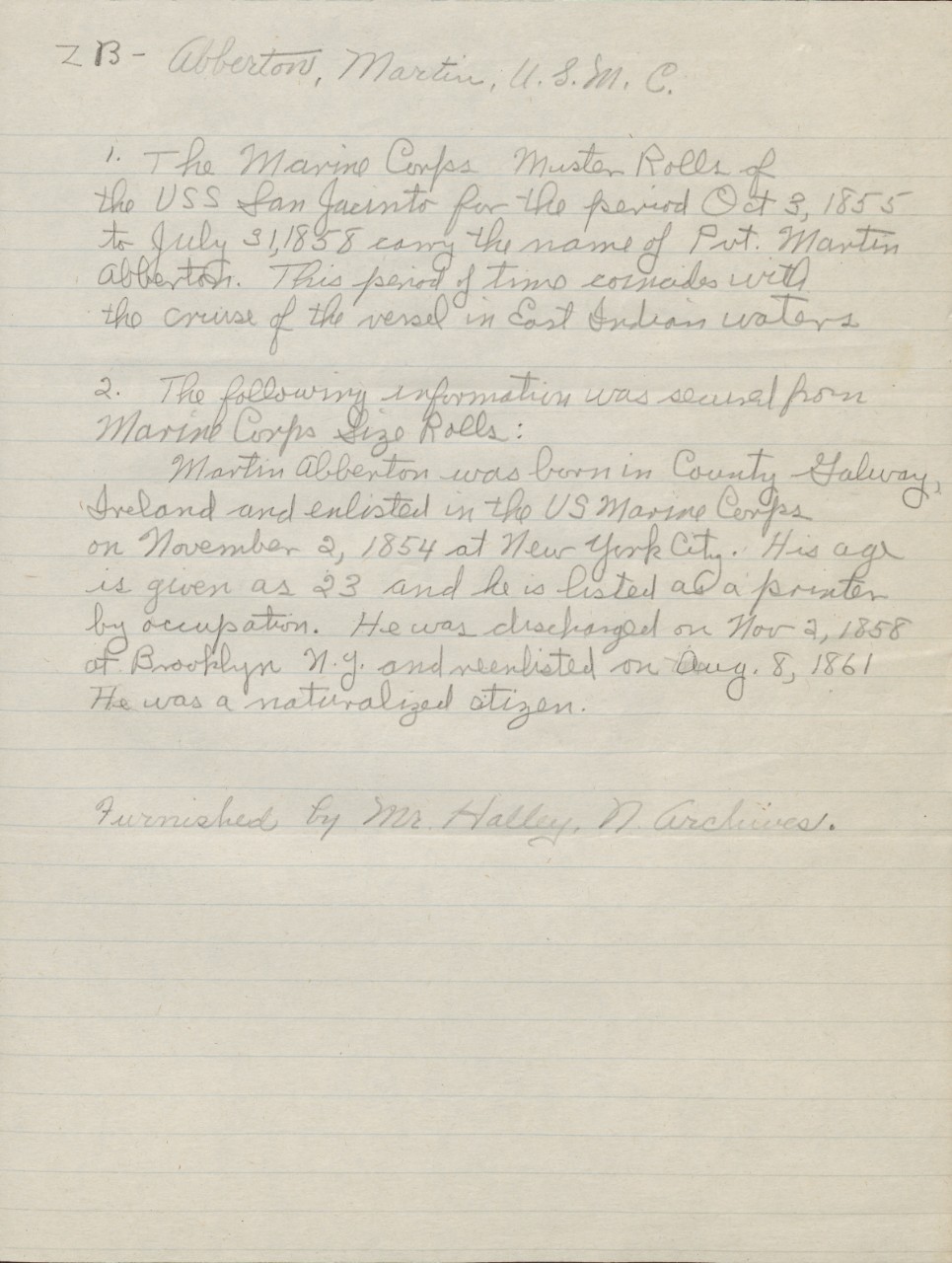 1. The Marine Corps Muster Rolls of the USS San Jacinto for the period Oct 3, 1855 to July 31, 1858 carry the name of Pvt. Martin Abberton. This period of time conicides with the cruise of the vessel in East Indian waters.

2. The following information was [illegiable] from Marine Corps [Size?] Rolls:

Martine Abberton was born in County Galway, Ireland and enlisted in the US Marine Corps on November 2, 1854 at New York City. His age is given as 23 and he is listed as a printer by occupation. He was discharged on Nov 2, 1858 at Brooklyn N.Y. and reenlisted on Aug. 8, 1861 He was a naturalized citizen.