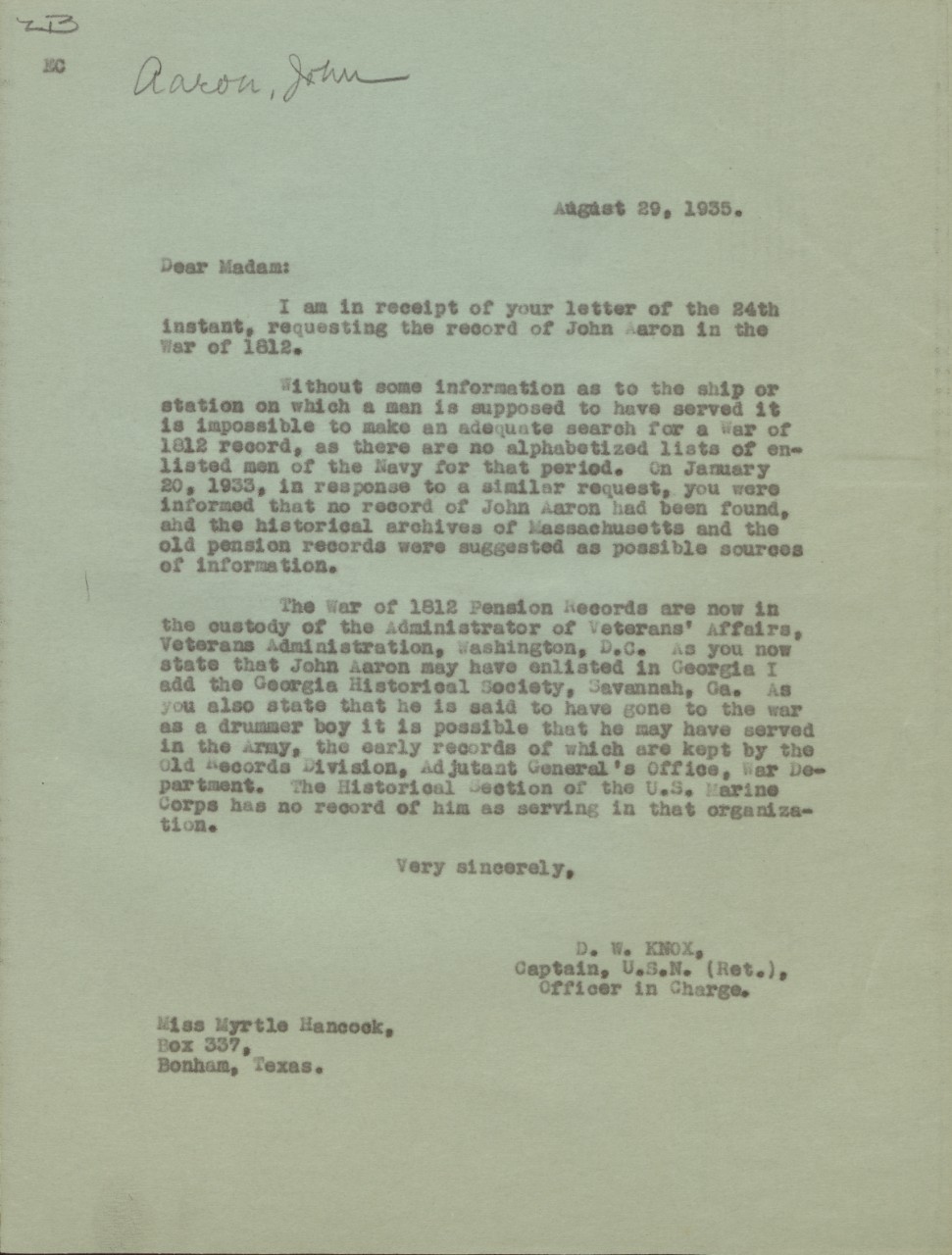 I am in receipt of your letter of the 24th instant, requesting the record of John Aaron in the War of 1812.

Without some information as to the ship or station on which a man is supposed to have served it is impossible to make an adequate search for a War of 1812 record, as there are no alphabetized lists of enlisted men of the Navy for that period. On January 20, 1933, in response to a similar request, you were informed that no record of John Aaron had been found, and the historical archives of Massachusetts and the old pension records were suggested as a possible sources of information.

The War of 1812 Pension Records are now in the custody of the Administrator of Veterans' Affairs, Veterans Administration, Washington, D.C. As you now state that John Aaron may have enlisted in Georgia I add the Georgia Historical Society, Savannah, Ga. As you also state that he is said to have gone to the war as a drummer boy it is possible that he may have served in the Army, the early records of which are kept by the Old Records Division, Adjutant General's Office, War Department. The Historical Section of the U.S. Marine Corps has no record of him as serving in that organization.