Located in the Rare Book Room of the Navy Department Library. 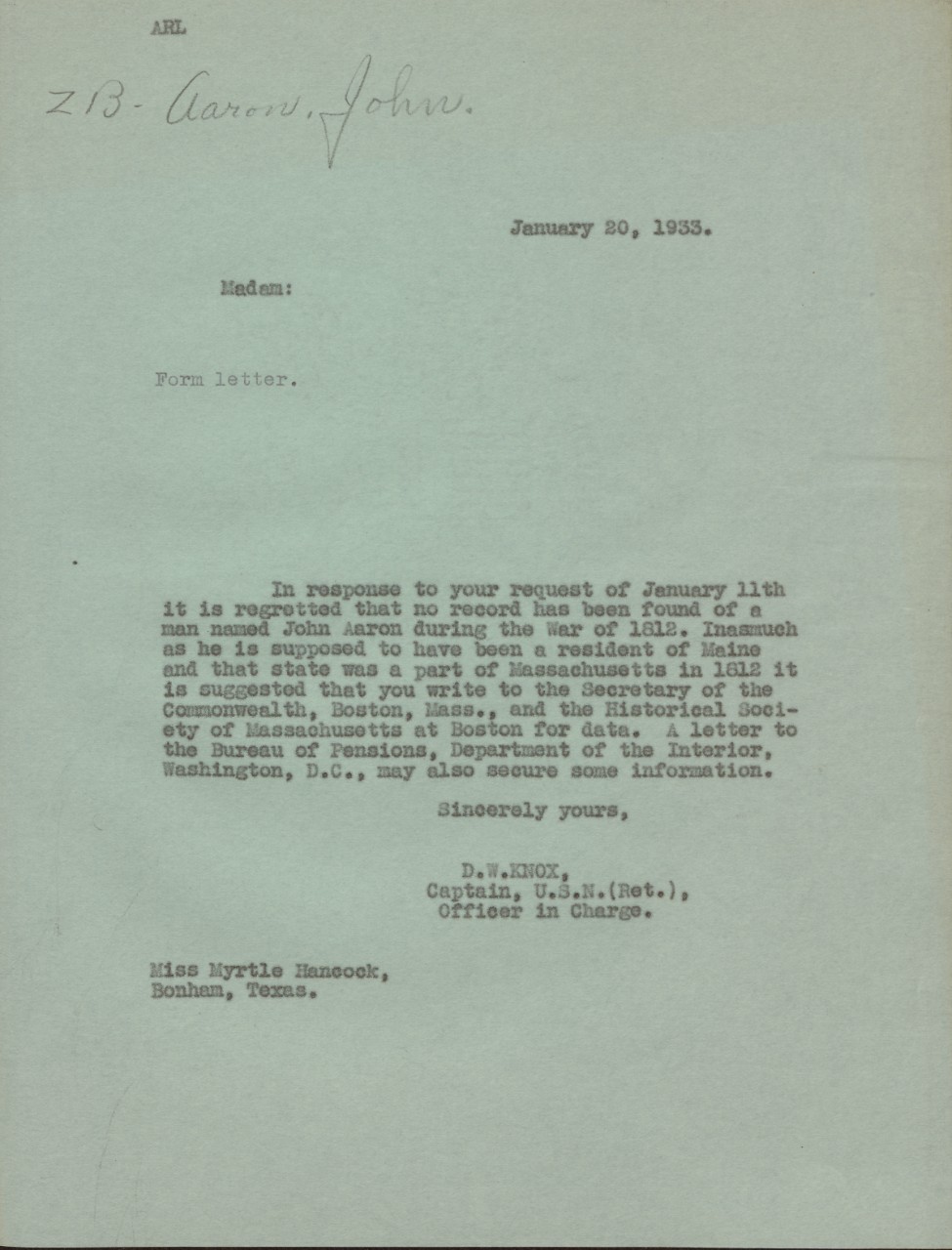 In response to your request of January 11th it is regretted that no record has been found of a man named John Aaron during the War of 1812. Inasmuch as he is supposed to have been a resident of Maine and that state was a part of Massachusetts in 1812 it is suggested that you write to the Secretary of the Commonwealth, Boston, Mass., and the Historical Society of Massachusetts at Boston for data. A letter to the Bureau of Pensions, Department of the Interior, Washington, D.C., may also secure some information.