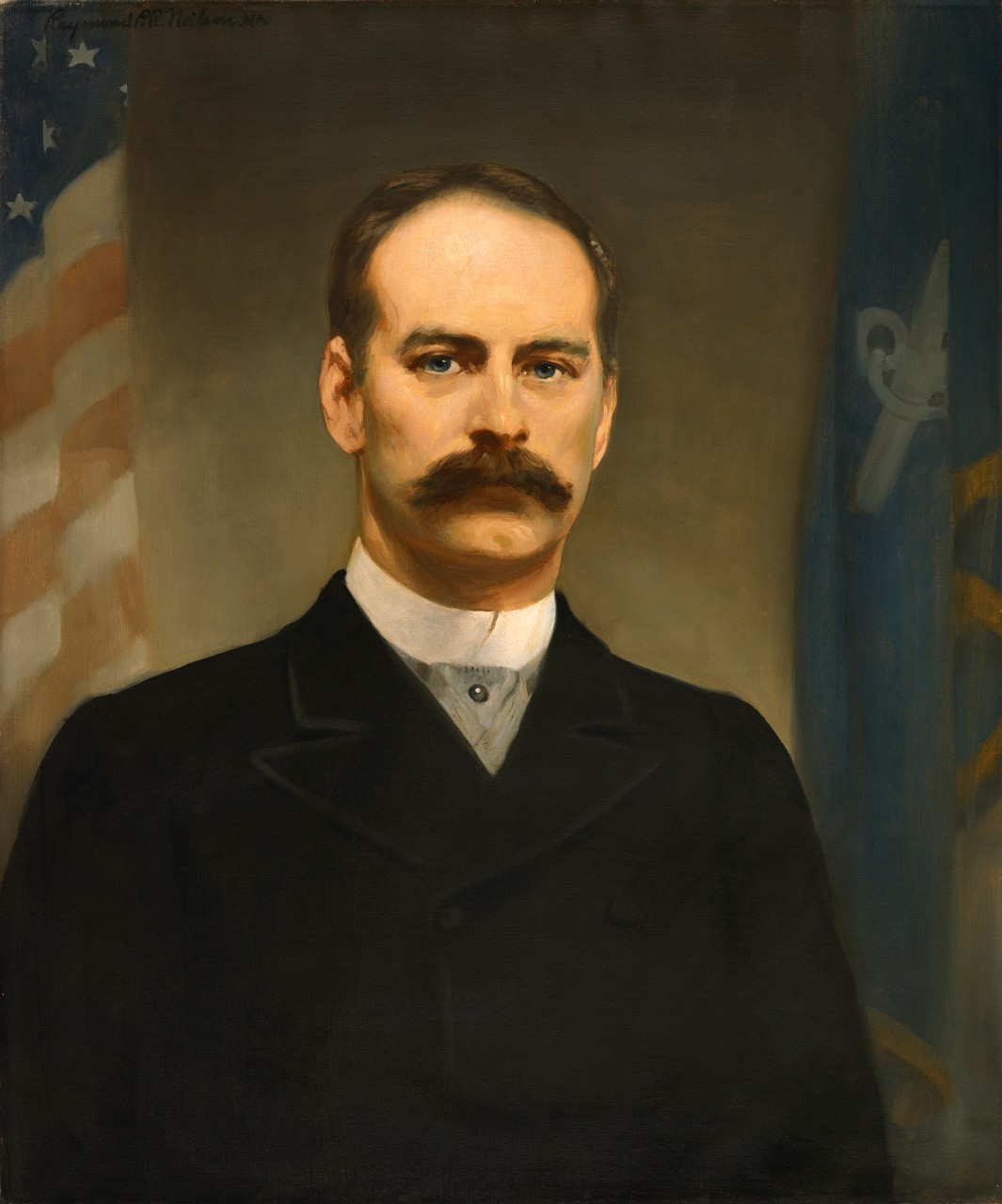 Born in Conway, Mass. 5 July 1841.  Died at New York, 2 February 1904.  Educated at Yale and Harvard.  Settled in New York City where he  was admitted to the bar.
1871 took prominent part in organization of the Young Men's Democratic Club; was actively opposed to the Tweed Ring.
1875-1882 he held position of Corporation Counsel of the City of New York, completely re-organized and simplified the work of this office so that thousands of dollars were saved annually.
1882 took active part in the State campaign which resulted in the election of Grover Cleveland as President of the United States.
1885-1889 Secretary of the Navy.
Was a powerful advocate of Naval expansion.  Under his administration great progress was made in building the "New Navy," and by many is called the "father of the New Navy."
He desired that the war ships of the United States should be equal to the best in the world.
Under Whitney there were authorized 2 battleships, the Maine and Texas, of the second class, 1 armored cruiser, 1 armored harbor-defense vessel, 9 unarmored cruisers, 4 gunboats, 1 practice vessel, 1 ram, 1 torpedo boat, 1 dynamite-gun cruiser, and the tonnage provided for was 67,183 tons.
Mr. Whitney changed the Washington Navy Yard to the "Naval Gun Factory," confining its duties entirely to the manufacture of ordnance.