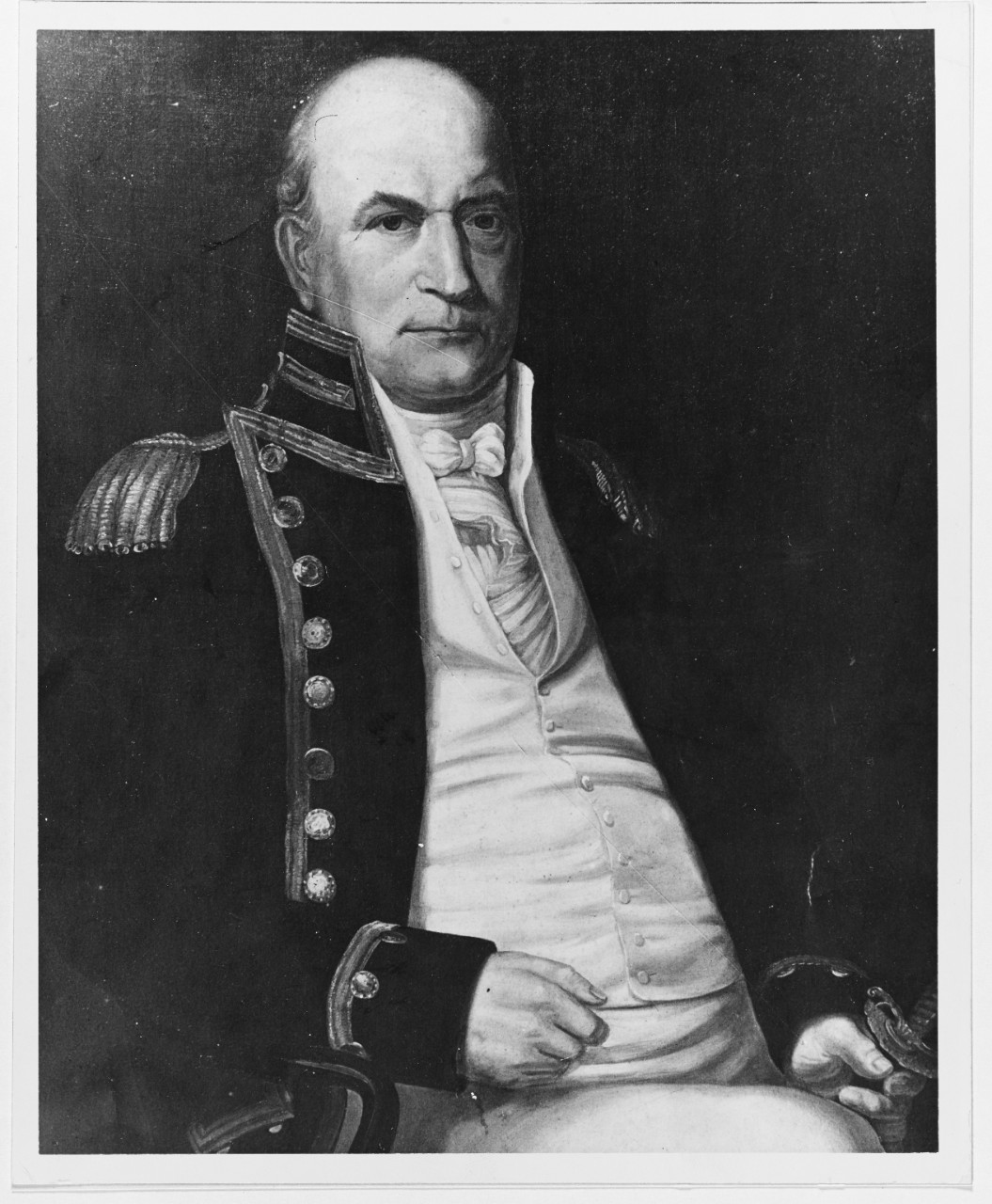 In the chaos that followed the Revolutionary War, the Continental Navy disappeared and by 1786 the United States had not a single armed vessel. However, it soon became evident that a navy cost less than tribute to pirates and on March 27, 1794, the President signed an act providing ix frigates for the purpose of protecting United State Shipping from the ravages of Algerian pirates. With renewed activity due to Act of 1794, the War Department took the handling of the Navy’s business. Officers were appointed to the new service, and the building and equipping of frigates went forward.

Upon the reorganization of the Navy in 1794, the President appointed Thomas Tingey as Captain. His commission in that rank carried the date of September 3, 1798, the year Congress, recognizing the need of a separate Navy Department, passed legislation establishing the Office of the Secretary of the Navy (April 30, 1798). The Navy Department as it is known today began to function on May 21, 1798, when Benjamin Stoddert took office as the first Secretary of the Navy.

Thomas Tingey was assigned to command of the Ganges, which with three other ships formed a squadron to cruise in the West Indies during the undeclared war with France in 1798-1799. In 1800 he was called to Washington for the purpose of establishing the Washington Navy Yard. Appointed its first Commandant, he served in that position until his death in 1829.

A widower, he was survived by his only daughter, Mrs. Hannah Tingey Craven.

Three United States Naval vessels have carried the name Tingey in honor of the late Commodore Thomas Tingey. The first Torpedo Boat #34, was built by Columbian Iron Works, Baltimore, Maryland, launched on March 25, 1901, and first commissioned January 7, 1904. She was recommissioned in April 7, 1917, and changed to Coast Torpedo Boat 317 on August 1, 1918, and sold March 10, 1920.

The second Tingey, DD 272, was built by Bethlehem Shipbuilding Corporation, at Squantum, Massachusetts, launched on April 24, 1919, with Miss Mary V. Arringdale christening the vessel as sponsor. This destroyer was commissioned on July 25, 1919, and stricken from the Navy List on May 19, 1936, she was sold in September of that year.

The third USS Tingey (DD 539), so called to perpetuate the name, was built by Bethlehem Steel Company, San Francisco, California, and launched on May 28, 1943, sponsored by Mrs. Garry Owen, of Berkley, great-great-great-granddaughter of Commodore Tingey. She was commissioned on November 25, 1943, and saw World War II service in the Pacific in 1944-1945, and Korean service in 1951.