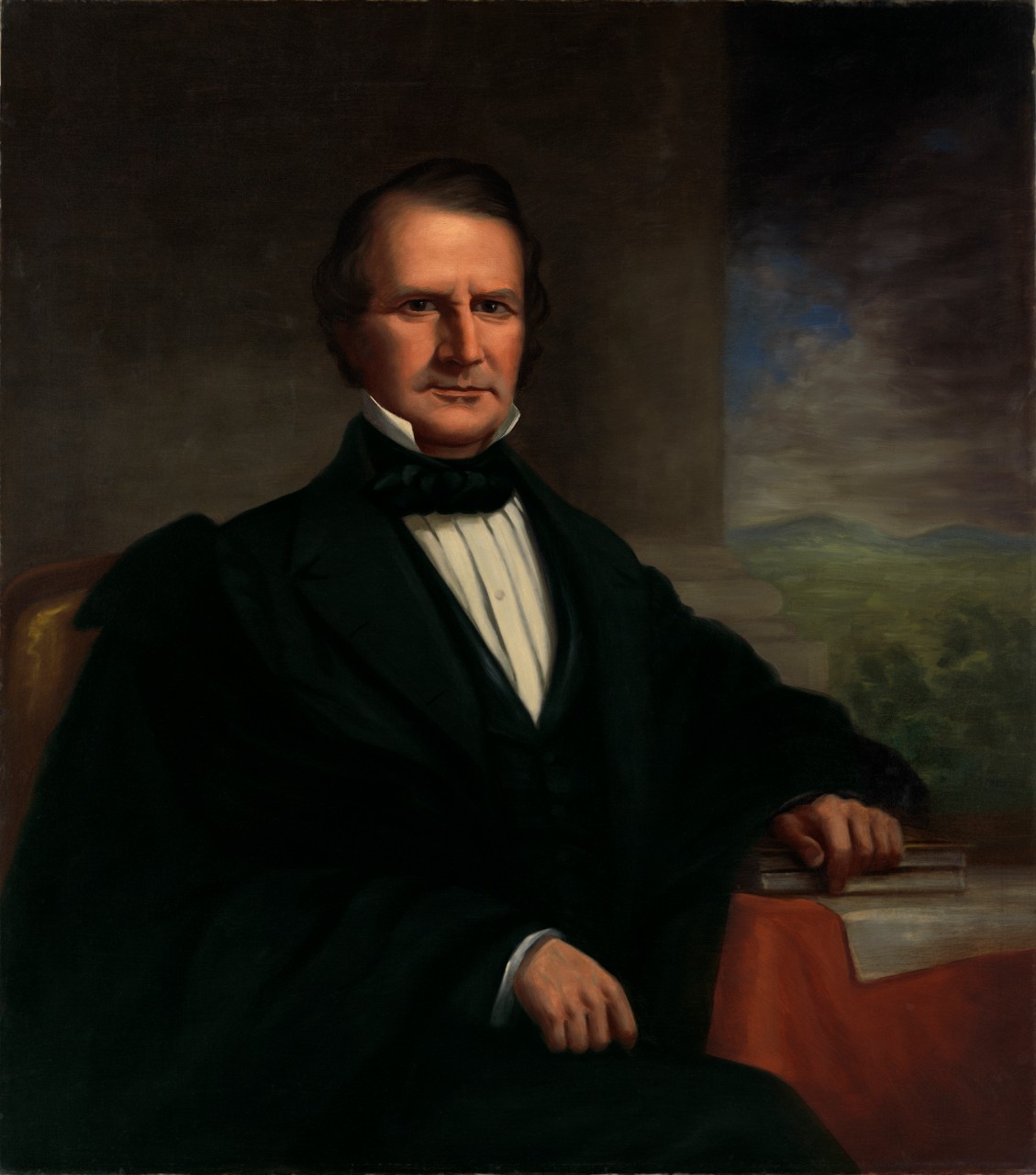 Born in Lincoln County, N.C., 15 Sept. 1804; died in Saratoga Springs, N.Y., 11 Aug., 1875.  Was graduated at the University of North Carolina in 1824, admitted to the bar at Newbern, N.C., and began to practice law in Hillsborough.  He was several times elected to the state legislature between 1833 and 1840, and was more than once chosen speaker.  In 1840 he was elected to the U.S. Senate to fill the vacancy occasioned by the resignation of Robert Strange, serving from 10 Dec., 1840, to 3 March, 1843.  In 1844 he was elected governor by the Whigs on a larger vote than was ever before polled.  He was re-elected in 1846 by an increased majority, but declined a third term, and retired to private life.  He was offered the Spanish mission by President Taylor in 1849, but declined it, and in 1850 became Secretary of the Navy in Fillmore’s cabinet, but resigned in 1852 in consequence of having been nominated by the Whigs for Vice-President on the ticket with Gen. Scott.  During his term of office as Secretary he projected and carried out the important expedition to Japan under Com. Perry.  Gov. Graham served as Senator in the 2nd Confederate Congress from 22 Feb., 1864, until the end of the war.  He was also a delegate to the Union Convention the policy of Andrew Johnson.  At the time of his death he was acting as one of a commission that had been appointed to settle the boundary dispute between the states of Maryland and Virginia.