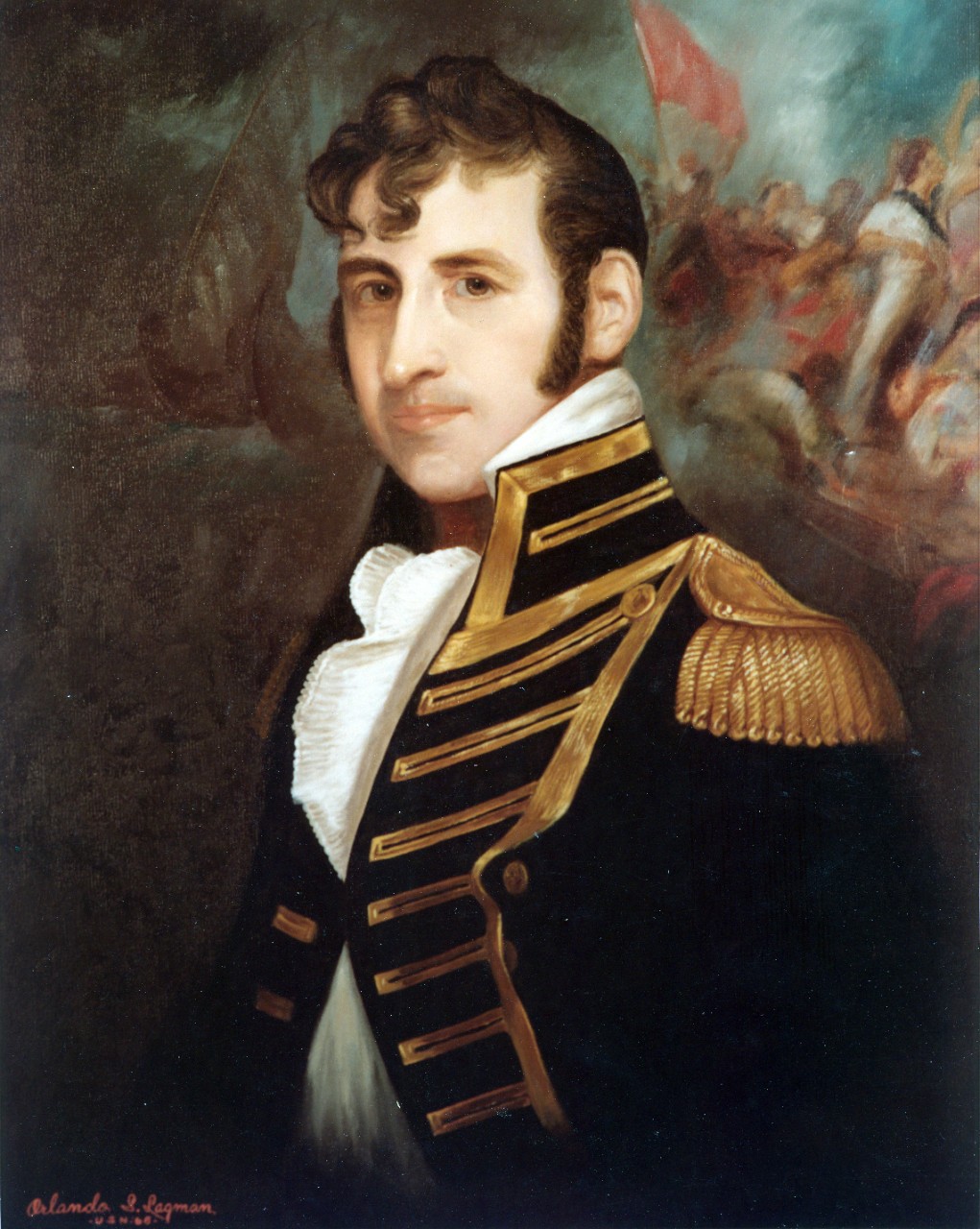 Served as Midshipman on the USS United States, 1798-1799, War with France. Conspicuous for gallantry in War with Tripoli, 1803-1804. Recaptured the USS Philadelphia from the Tripolitans, in the harbor of Tripoli, and destroyed her, 16 February 1804. War of 1812, distinguished for the capture of the HMS Macedonian 25 October 1812; commanded the USS United States at this time. In the spring of 1814 commanded the President and a squadron of three vessels, in the West Indies and flew the pennant of Commodore. 15 January 1815, the USS President had a severe engagement with the British West India Squadron, and surrendered after having lost a quarter of her crew and being surrounded by three frigates Decatur was made prisoner, taken to Bermuda, and from there sent to New London on parole, in the British frigate HMS Narcissus.

After peace was declared with Great Britain, Decatur commanded the US Mediterranean Squadron and secured the final treaty of peace with the Barbary Powers.

He received the thanks of Congress and a sword for his service before Tripoli and a gold medal for distinguished service in the War of 1812.

His sad death from a duel with Commodore Barron was deeply deplored by the whole country.

His remains were temporarily deposited in the tomb of Joel Barlow at Washington, but later removed to Philadelphia.