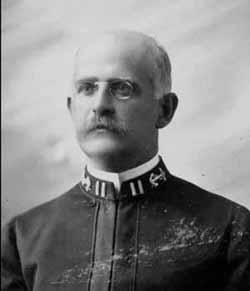 George Preston Blow was born in Norfolk, Virginia in 1860. He enrolled in the United States Naval Academy as a member of the Class of 1881 and was one of the first Southerners allowed to matriculate after the Civil War.

After graduating with the rank of naval cadet in 1881, Blow, who was promoted to midshipman on 5 August 1882, served on Essex until 23 June 1883 when he was ordered to Pinta. He served as a member of the ship's crew during its controversial trip from Norfolk to Alaska around South America in 1883. He was promoted to ensign on 1 July 1883 and served on Pensacola from 1886 to 1888 in the Mediterranean under Captain George Dewey.

Ensign Blow was assigned to the newly commissioned, protected cruiser Charleston on 30 December 1889. In 1890, as aide to Admiral Brown, he was detailed to King Kalakaua of Hawaii during the king's visit to California and was later knighted by Queen Liliuokalani (Ensign Blow was not authorized by Congress to accept the honor until March 1897. The decoration was then forwarded to him by the Navy Department and was lost on the Maine - along with everything he owned onboard).

In 1893 he married Adele Matthiessen of LaSalle, Illinois. 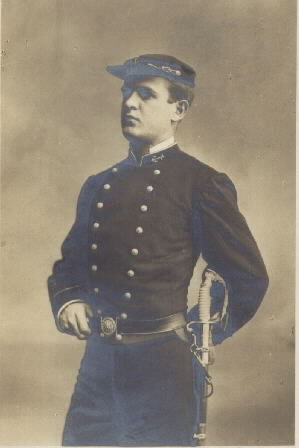 Blow was promoted to lieutenant on 22 February 1894 and was assigned to Texas in 1895 and to Maine in 1896. He survived the explosion of the Maine in Havana Harbor on 15 February 1898. He was in command of Potomac which assisted in raising Infanta Maria Teresa, and later commanded Vulcan , which attempted to tow the prize war ship to the United States.

During his naval career Blow also established the US Hydrographic Bureaus in Cleveland and Chicago and invented several naval devices including the depth-charge.

He resigned from the Navy in 1900 and served as president of the Western Clock Company, makers of Westclox (his wife's father owned the company), until his retirement in 1920. He died in Washington, DC, on 20 November 1922.