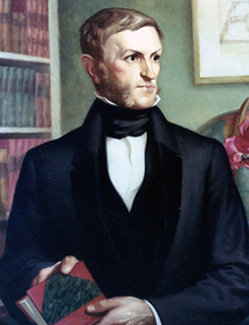 In June of 1818 he sailed for Europe to pursue his divinity studies at the University of Göttingen. He received his doctorate from that university in September of 1820 and set out on a tour of Europe coming into contact with many of the leading men of the period, most prominently Georg Friedrich Wilhelm Hegel, Wilhelm von Humboldt, Johann Wolfgang Goethe, the Marquis de LaFayette and George Gordon Byron, 6th Baron Byron.

Returning to America in 1822 he had acquired not only scholastic attainments but social experiences well beyond the usual scope of a Worcester minister's son. He taught briefly at Harvard and then taught for eight years at Round Hill School at Northampton, Massachusetts, of which he was a founder and co-proprietor. During his stay at Northampton he married Sarah Dwight and wrote abundantly for various periodicals.

He also began his History of the United States, publishing the first volume in 1834. It was written in a vein characteristic of his work as a whole, that of Jeffersonian Democracy. It soon became evident that a person of Bancroft's intellectual and social background could be useful to the Democratic Party in Massachusetts at a time when leaders with such a background were chiefly members of the Whig Party. He placed his pen and voice at the disposal of his party and was rewarded in 1837 when Martin Van Buren appointed him collector of the Port of Boston.

In 1838 after being widowed several years, he married Mrs. Elizabeth (David) Bliss of Boston. Except for the social ostracism to which Massachusetts Democrats of the time were subjected to, Bancroft's life during these times passed agreeably. He was a delegate to the Democratic National Convention of 1844 and played an important part in the nomination of James K. Polk for the presidency. He was then, appointed Secretary of the Navy in Polk's cabinet. Although holding the post for only eighteen months, he made his tenure memorable by establishing the Naval Academy at Annapolis and encouraging the growth and importance of the Naval Observatory. 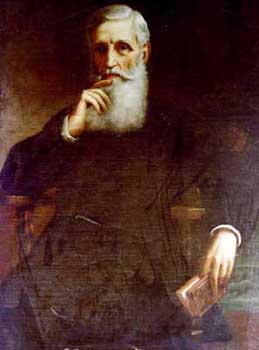 In 1845, as acting Secretary of War he signed the order causing General Zachary Taylor to cross into Mexico leading directly to the Mexican War. As Secretary of the Navy he issued the orders to Commodore Sloat on the Pacific Coast which brought about the occupation of San Francisco and other California cities.

In 1846 he was appointed Minister to Great Britain. Although well liked by his English contemporaries and fortunate in his social and scholastic contacts, this period in Europe only strengthened his love for American and democratic forms of government.

Returning to the United States he settled in New York, keeping a summer home at Newport and devoted himself to his historical writings. As the Civil War approached Bancroft took his stand among the Northern Democrats against slavery and dissolution of the Union. He became a friend of President Abraham Lincoln and supported his policies in his many speeches and articles.

Appointed in 1867 by Lincoln's successor, President Andrew Johnson, as Minister to Berlin, the following seven years were among the happiest of his career. Close relations existed between Bancroft and Otto Fürst von Bismarck, Helmuth Graf von Moltke, Theodor Mommsen and Leopold von Ranke. His duties in Berlin coincided with the fiftieth anniversary of the receipt of his doctorate from the University of Göttingen and the University took this opportunity to award him an Honorary LLD, a fitting equal to the academic honors received while he was Minister to England, namely his election as a correspondent of the Institute of France and the honorary degree of D.L.O. (Diploma in Laryngology and Otolaryngology) from Oxford. 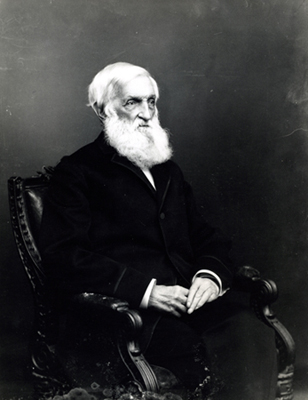 When he again returned to America in 1874, he settled in Washington, DC, and finished the tenth and final volume of his History of the United States.

On 17 January 1891 he died in Washington and all flags of the Capitol were lowered to half-mast at the passing of this great scholar and public servant.