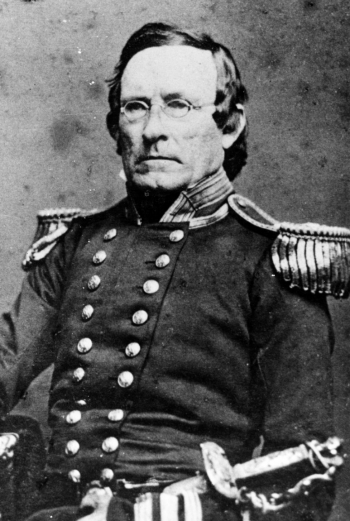 Appointed midshipman in the US Navy on 2 November 1812, his first cruise was in the frigate President under Commodore Rogers, who recommended him to Commodore Macdonough, then in command of naval forces on Lake Champlain. He was given a mission to penetrate the British lines and destroy a quantity of masts and spars. This he accomplished, having assumed the disguise of a British officer. For that service, he was promoted to Lieutenant and voted a sword by Congress.

From 1839 to 1842 he was Executive Officer of the Navy Yard, Boston, Massachusetts. He was commissioned Captain in 1848, and in 1852, commanded the frigate Macedonian on the Japanese expedition, succeeding Commodore Perry as flag officer of the squadron. During that critical period of the United States' relations with China he was often called upon to perform delicate diplomatic duties which he discharged to the complete satisfaction of the Government.

He shortened his life by devotion to the interest of commerce in personally supervising the placing of buoys and a lightship in the malaria-ridden Yangtze Kiang (River) in China, which for the first time then had its channels and sailing courses properly defined.

The USS Abbot (DD 184) and Abbot (DD-629) were named in honor of the late Commander Abbot. Mrs. Grace Abbot Fletcher of Warren, Rhode Island, his great granddaughter sponsored the destroyers, on 4 July 1918 and 18 February 1943.