On September 5, 1945, U.S. Navy sailor Walter J. Case, Jr,. wrote to his family from his ship, the destroyer Wedderburn (DD 684), in Tokyo Bay. With censorship restrictions lifted following the end of hostilities, he was finally able to relay details of his service during the previous months. The letter also brought an opportunity for reflection for case had been present at Pearl Harbor on the morning of December 7, 1941.  Hence, he had been witness to the event that triggered America’s entry into World War II and final victory.

Well I received your letter and I was very glad to hear from you. I am feeling fine and ok. I hope all of you are feeling the same too.

Well Audrey the censorship is over and now we can tell where we are. I was assigned to this ship in Leyte, Philippine Islands and on July 1st we sailed up to Japan where we have been ever since. We operated only 50 to 200 miles off the Japanese coast all the time we were up here. On Aug 27 we entered Sagami Bay which is about 5 miles from Mount Fugjiama [sic] which is a well known Volcano. It is 30 miles from Tokyo.

On Aug 28 our ship and 5 other ships were the first American ships to enter Tokyo Bay. We anchored off of Yokohama and Tokyo and also off of Yokosuka Naval Base. We are still in Tokyo Bay but we expect to leave here for the states in the near future. Audrey I was at Pearl Harbor on the day when the war started in 1941 and here I am in Tokyo Bay on the day that the Peace was signed by the Japs. It is sure a long time since then and also a long distance between Pearl and Tokyo. We may escort the Missouri back to the state as we were her escort during all of the strikes made on Japan. Well Audrey I must close now with the best of luck. 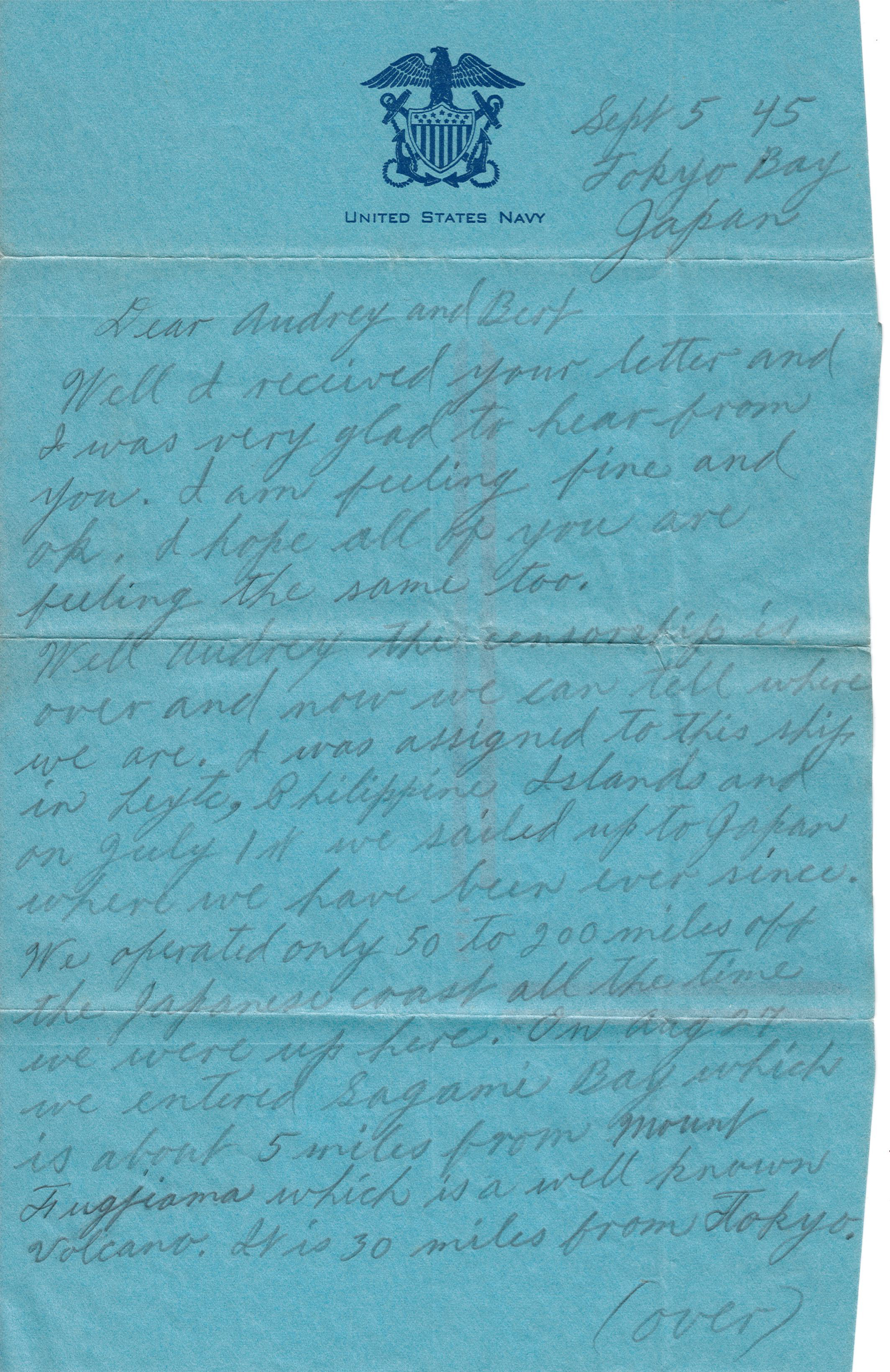 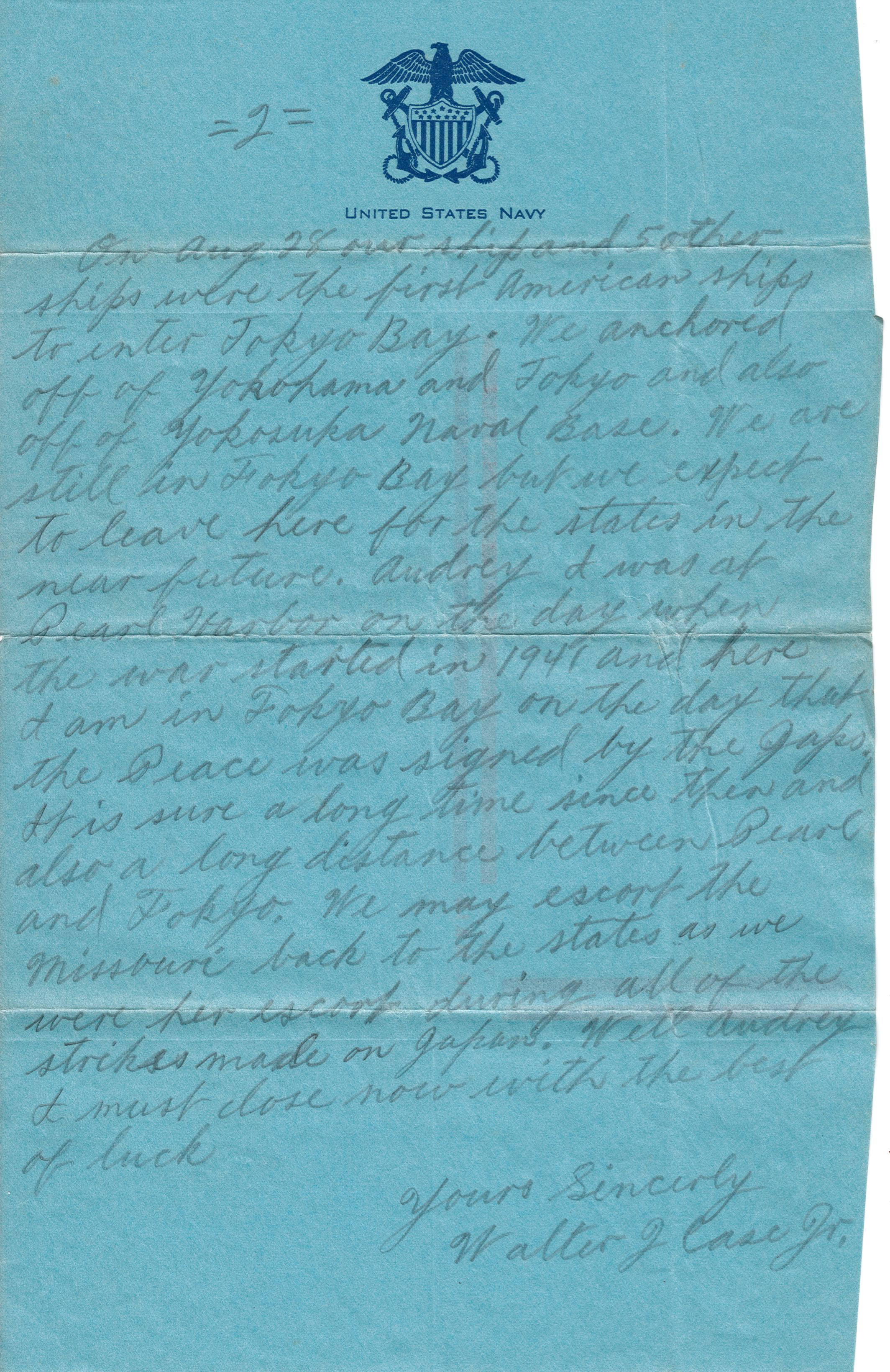